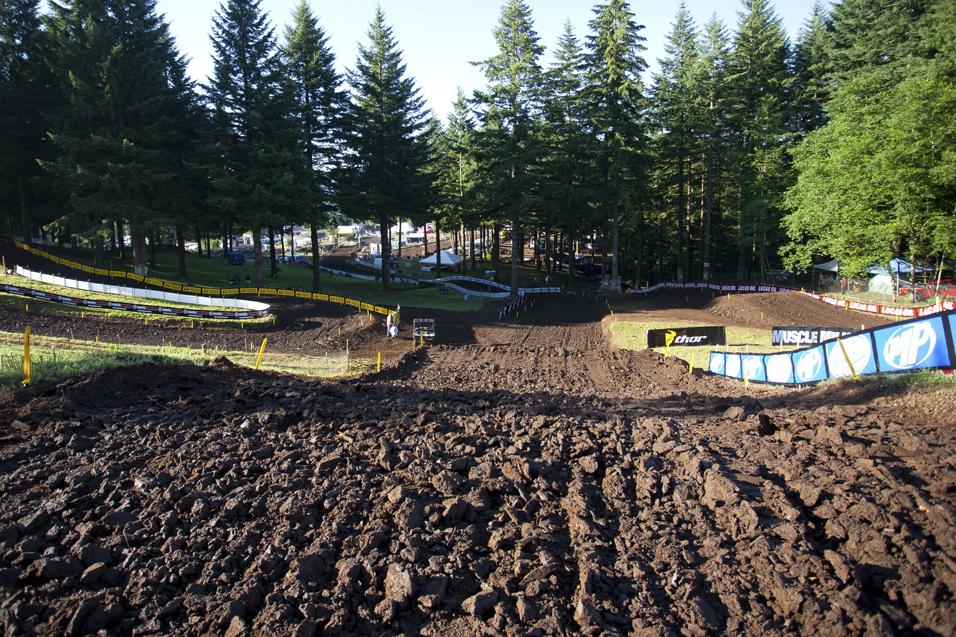 July 18, 2013 2:40pm
by: Andy Bowyer
Washougal MX Park Washougal, WA Washougal Lucas Oil AMA Pro Motocross Championship
Hello, everyone, and welcome to the Rev Up. The 2013 Lucas Oil Pro Motocross Championship returns to action this Saturday afternoon at picturesque Washougal MX Park. This long-standing event has been a favorite of photographers for years with the evergreen background and dark soil, but the racing is what really makes it special. With iconic landmarks like the Chuck Sun jump and Horsepower Hill, Washougal is fiercely loved by the Northwest faithful. Speaking about the local fans, they have had a lot to cheer for over the years. Go way back to 1985 when fans watched Tacoma, Washington’s Eric Eaton win the 500cc class, then they partied like it was 1999 when favorite son Jason McCormick won the second moto of the 125cc class over one Ricky Carmichael. My favorite Washougal race was the 1996 barn burner that saw Doug Henry and Mike LaRocco rubbing elbows, and swatting flies with the handlebars charging up Horsepower Hill.

There have been some historic victories and monumental championship moments within the confines of Washougal MX Park, but one glaring statistic remains: The fastest rider to ever come out of Washington, Ryan Villopoto, has yet to win his home national. Villopoto has won the first moto three times in his career but has yet to nail down an O/A. As he tries to erase that mark he faces a bit of a conundrum in a huge point lead over his rival, Ryan Dungey who now has nothing to lose. Villopoto's remarkable consistency gave him the SX title with a race to spare and he’s now flirting with a big enough points lead to even wrap up the motocross title early, too. But that’s a long way off. Yes, he has the big picture in his focus, but he really, really wants to win this Saturday afternoon. 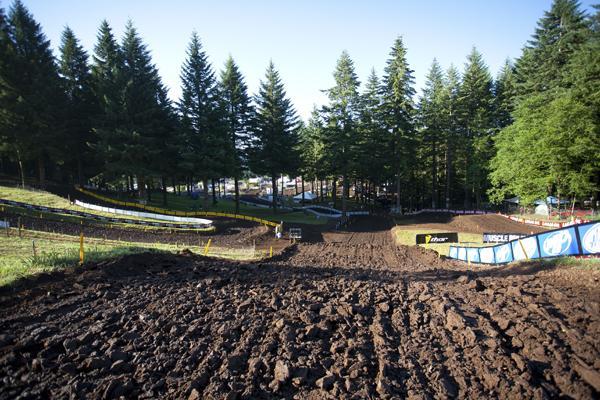 Behind the 1-2 show up front, Josh Grant has come on strong in the middle portion of the series. Grant has several podium overalls at Washougal, and was fast here last year early before carting huge. His starts have been solid and I think he’ll be battling Justin Barcia for the final spot on the steps. (Side note: I follow Barcia on Instagram and in the past couple weeks he has posted pictures of taking the keys of a huge new property, a brand new Harley Davidson and now a four-door Porsche. Those are three solid investments that can be turned decently when he wishes. Its good to see kids doing it the right way while enjoying the fruits of their labor. Despite his moniker and wild reputation, Justin seems to have a sharp head on his shoulders. So, cheers to BamBam.)

Notables in the 450 class are Andrew Short, Trey Canard, and James Stewart. Short seems to be digging into his opportunity at BTOSport.com KTM and now that team has Matt Goerke back in the cut they’ll be good this weekend en route to really making some noise in 2014. Washougal is a scary place for Canard, and as he tries to complete an injury free season he is fighting the urge to drop the hammer. He’s had two bad ones here at Washougal. As for Stewart, its hard to not shake your head like Lee Trevino in Happy Gilmore. When he crashed out of the moto win at Southwick, I thought he should just hang it up. Apparently, he has no such plans and still wants to lead laps and contend for podiums. Leading, crashing or running sixth, Bubba will own a large share of the attention from the fence line this weekend. Meanwhile, keep an eye on podium dark horse contenders Mike Alessi, and Malcolm Stewart. Alessi won the first moto here last year. Mr. Holeshot could surprise a lot of people. The younger Stewart brother has shaken things up with solid speed and aggression. Mookie is fast, he isn't afraid to knock a rider down and he even gives good interviews. He's proven to be one to watch on and off the track. 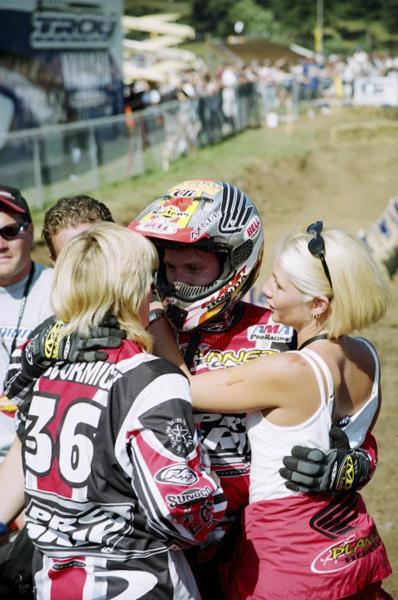 The 250 title is still very much up in the air. Eli Tomac and Ken Roczen are going to put on a show, stamp that. I think the eventual champion will begin to push ahead during the next four motos at Washougal and Spring Creek. Washougal can be a rough place with the unpredictable traction and many shadows throughout the wooded sections providing pitfalls. Back in 2005 this event marked the demise of KTM and Mike Alessi’s 250 title run when he went 7-21. Roczen is looking good on his orange mount this year, but he has to win the mental game between himself and Tomac, in addition to staying consistent. They’ll both have their hands full with Blake Baggett who should be ready to seriously charge after the break. Remember what he did at Budds Creek, the last race that was held after an off weekend. In addition, Marvin Musquin, Wil Hahn, Jason Anderson, Justin Bogle, and Darryn Durham will all be stout.

Then it’s going to be insane with this group because the rookies are throwing down! Jeremy Martin’s podium at RedBud was the first for the outdoor rookie contingent, while Cooper Webb and Adam Cianciarulo’s rivalry is heating back up. Washougal has been rewarding to rookies over the years and I think the hard pack will favor Cianciarulo. Look for a holeshot and surprise attack from #292. This could be the breakout everyone has been waiting to see. 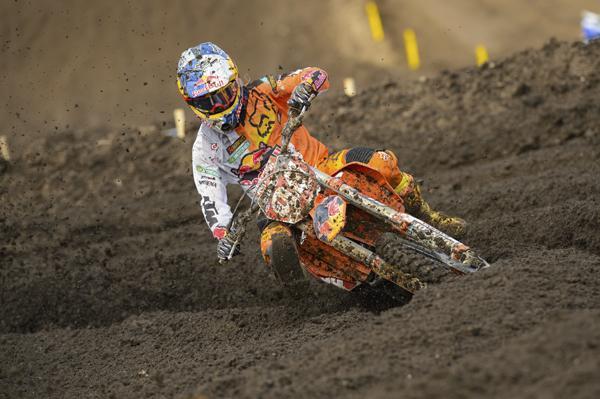 One of the biggest themes of the 2013 Lucas Oil Pro Motocross Championships has been fan attendance. With the forecast showing 87 degree temperatures and clear blue skies the local fans are set for what many of them call, “the greatest day of the year.” This race is very special to the locals and they should be salivating for what may the greatest event in the venue’s rich history. It has all of the ingredients to be over the top! Live television on Fuel and NBC Sports Network returns for the rest of us who are jealous not to attend. This has been a remarkable summer of racing already, but the best could be to come. I already have chicken skin thinking about the sound of a full gate of 450’s hammering up HP Hill for the first time. That really is one of the coolest sections of the entire series. Can Villopoto pull off the elusive hometown win? Will one of the 250 point leaders stumble, or will we see a rookie shock the world? The flash bulbs will be exploding and the t-shirts will be swinging all day long. They’re back, folks.