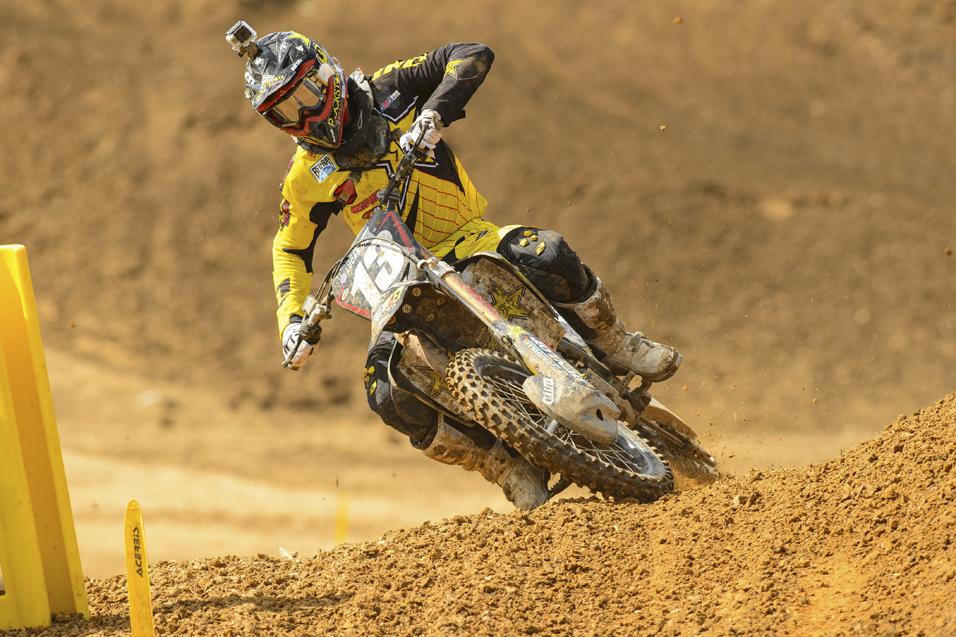 By Jason Thomas and Aaron Hansel

Where's the Beef?
Matt Goerke will make his return to the series this week after a lengthy wrist injury left him sidelined since March. Outdoors has always been a strong suit for the reigning Canadian MX1 National Champion and surely he has been champing at the bit all summer long. It's tough to say how much of a recovery period Goerke will face but with five races left on the schedule, there is still plenty of time to make his mark. - Jason Thomas

Peick's Peak
Super privateer Weston Peick will make his return to the Lucas Oil Pro Motocross Championship this weekend in Washington. After collecting some cash both overseas and at home with selected races, he will once again rejoin the world's best. Can he follow up his strong performances from earlier in the season? - Thomas

Be Like Mike
Mike Alessi won his only moto of 2012 at Washougal. Ryan Dungey put in a spirited effort by to reel in the 800, but he went down, and Mike finally took the checkers much to the delight of his team owner Mike Genova. SmarTop/MotoConcepts is located in Washington state and surely this had to be a great present for the home town crew. After a rough weekend in Michigan, can Mikey find that 2012 magic? Starting up front is more crucial for Mike than any other rider on the circuit in my opinion. He rides with more fire, confidence and passion when he nails his patented holeshot and should he find himself leading up horsepower hill on Saturday, no doubt he will have flashbacks from a year ago.  - Thomas 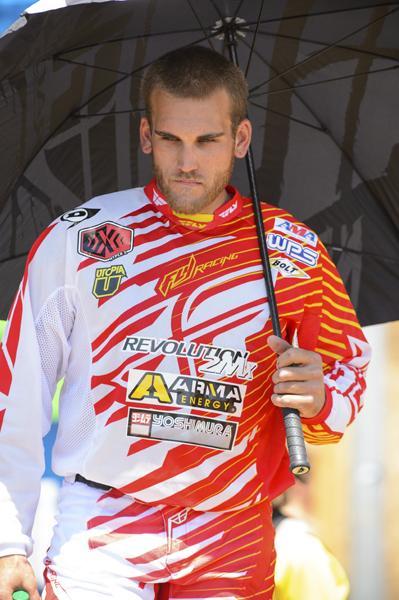 Weston Peick is back in action for the first time since Thunder Valley.
Simon Cudby photo

Family Affair
With James Stewart turning in his best result of the year at RedBud, and with his brother Malcolm steadily on the rise all summer, can Washougal be the race that both of them land inside the top five? Stories like this are great for the sport and the dynamic of the two brothers racing closely is too fun to miss. James has always been the faster of the two but as Malcolm has progressed, it has made for interesting bench racing. These two practice daily together but the pressures of race day can raise tensions and change the aggression level once that green flag flies. If Malcolm gets out in front of James it will be fun to see what limit James is willing to push to get around his little brother at bay. This battle is bound to happen as the summer wears on. Why not Washougal? - Thomas

Cured?
After having a great year in Monster Energy Supercross, Blake Wharton's results dropped sharply when the 2013 Lucas Oil Pro Motocross Championship got under way. Wharton simply wasn't performing to his potential, leaving many fans and members of the media asking questions. Turns out he's been battling some sort of virus, which caused him to miss the Red Bull RedBud National altogether. Wharton's team says he'll be back in action this weekend at the Cat Peterson Washougal National, however. After taking what sounds like some much-needed time off, will Wharton's woes be behind him at Washougal? - Aaron Hansel

Flip Floppers
With five races remaining in the Lucas Oil Pro Motocross Championship, the 250 title fight is already materializing into a two-main melee between Red Bull KTM’s Ken Roczen and GEICO Honda’s Eli Tomac. But despite their heated points battle the two haven’t clashed much on the track at all. More often than not it seems that one of them will check out for the win in moto one, while the other follows suit in moto two. Will Washougal finally provide the epic Roczen/Tomac duel we’ve all been waiting for? –Hansel 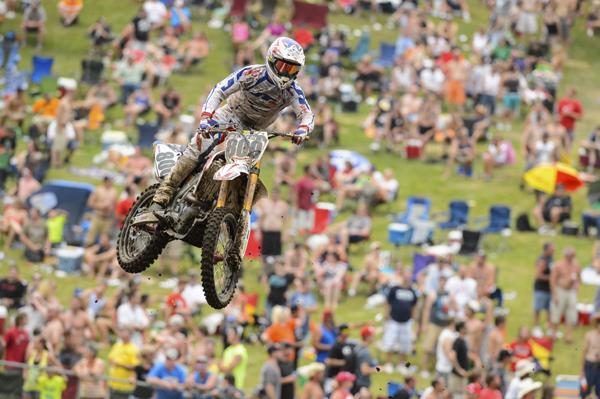 Podium Blues
At RedBud, we saw flashes of the old Josh Grant. The JGR Toyota Yamaha rider holeshot and led laps aboard his shiny blue Yamaha in the first moto. He got another nice start in the second moto to go 3-5 for third overall, his first National podium since Steel City last year. Before that, he hadn’t scored a podium overall since the Washougal National in 2009, where he took second on the day. Can Grant score another podium this weekend at Washougal? – Hansel

Podium Blues – Part II
Speaking of podiums, Yamaha had to be pumped to also have a top-three guy in the 250 Class at RedBud. MyPlash/Metal Mulisha/Star Racing Yamaha’s Jeremy Martin found himself going toe-to-toe with two-time MX2 world champ Marvin Musquin in both motos for most of the day, and came out with third overall. Before the day’s racing got under way, Martin told us that he hoped to be battling for podiums by the end of the season. Well Jeremy, you reached your goals early. Can you do it again this weekend in the Pacific Northwest? –Hansel 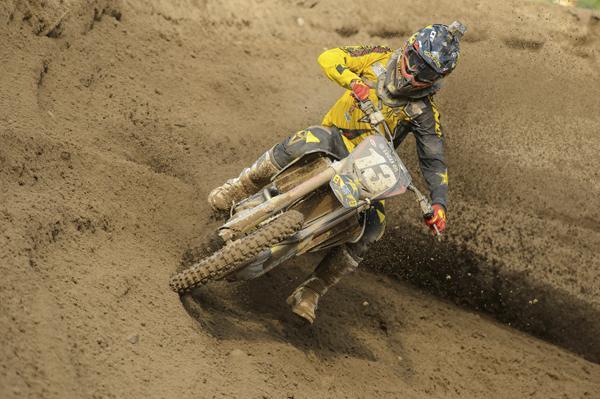 Blake Wharton has been dealing with a virus. How will the time off help in his return?
Simon Cudby photo

Villopoto’s (Washougal) Losing Streak
Before you go blowing up the comments section on this one asking us if we’ve even been watching the races this year, be sure to read this whole entry. When we say Villopoto’s losing streak, we’re referring to his weird inability to get an overall win at Washougal. That’s right, the Washington native has never won a National in front of his hometown fans, not even in his 250 days. Don’t think it’s something he isn’t aware of either-he made mention of it in the post-race press conference at RedBud. Will the Monster Energy Kawasaki rider snap his Washougal losing streak this Saturday afternoon? – Hansel

Roadside Assistance
You know an event is the biggest thing to hit a town every year when residents line the streets to gawk at the sheer amounts of traffic flowing in and out of their little city. And that’s exactly what happens every year at the end of the Washougal National, as the long and narrow access road that services the track begins to resemble a parade. Well, not last season, as there was road construction that created a detour, but this year the Washougal roadside tailgate party should be back in full effect, aided by some wider, freshly completed sections. It’s been said that if you can’t beat ‘em, join ‘em, so if you’re leaving the race this weekend and the traffic is beating you down, pull on over and join the party. Just be sure you’ve got a designated driver! – Hansel