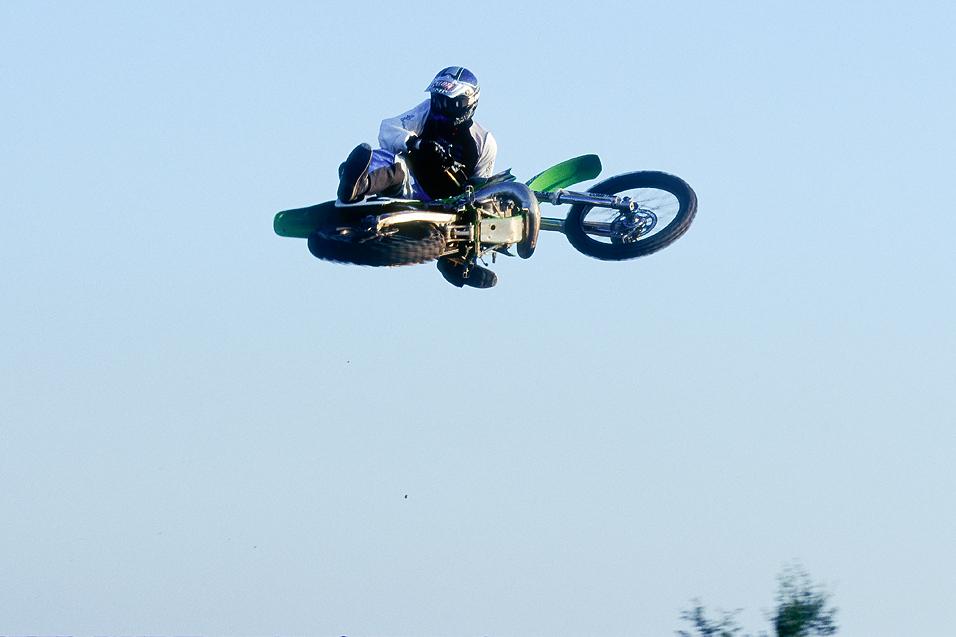 July 11, 2013 2:30pm
by: Andy Bowyer
Hello, everyone, and welcome to the Rev Up. With the 2013 Lucas Oil Pro Motocross Championship taking a week off, I’m choosing to go with a personal piece this time around. I suppose the idea arrived after spending last week visiting my old friends from Fox Racing in Morgan Hill, California and celebrating the Fourth of July. The years fly by, things change and it was almost surreal to realize first hand that only tiny fragments of the iconic motocross brand remain in the Bay Area. Unless you live under a rock, you are aware of Fox’s new headquarters in Los Angeles, the result of their immense growth and evolution as a brand. Being there at the original HQ last week landed pretty hard. I was something like the 60th employee in 1998 and was able to experience their expansion to three or four hundred by the time I left in 2002. Over a decade later, I’m merely a decimal point in the archives of their HR department, but they’ll always remember me for a couple reasons. None more so than the trip to Santiago, Chile they sent me on in the summer of ‘97.

I’ll always consider the mid 90’s as the coolest years in the history of our sport. It was the most rebellious, progressive and fun-loving period imaginable. What made those years so special to me was the video era, and more to the subject matter, the launch of the Terrafirma series. I saw the first rough Terrafirma edits in the Fox tent at Loretta Lynn’s when I was still on mini bikes, and was immediately obsessed. I wanted to buy every song and do every trick. By the time I turned pro in 1995 I had reached that water mark, but the writing was on the wall that I wasn’t going to be the next Jeremy McGrath. Be that as it may, I had earned a reputation for being a fearless jumper and could do enough tricks to win a few jump contests in the arenacross series. 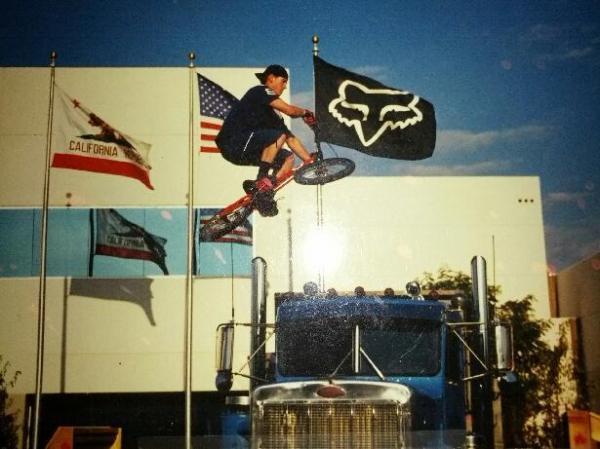 Bowyer jumping over Wade Speyer's truck at Fox HQ in 1999.

Along came a phone call from former Fox employee, and original videographer Chris Hultner. It went something like, “Hey, we’re shooting for the next Terrafirma in Chile. We’ll fly you there and have a brand new RM250 waiting for you. You think you can handle going big for us?” I was so excited and remember stuttering like The Water Boy, and replying, “Not only will I go, go, go big...but I’ll...um, yes. Yes, I’ll go.”

Earlier the same week I had signed on to begin working in the warehouse at Fox so I already had my van packed with everything I owned at 18 years of age. Two dirt bikes, a case of CD's and maybe a gym bag full of clothes was pretty much it. When I left my Pop's shop that morning it was one of the only times I've ever see him cry. The 36-hour drive from Kansas went by in a flash as I ran every scene from the previous Terrafirma cuts through my head. Before I could even grasp the vibe of the “land of milk and honey” I was on a 15-hour flight to Chile.

Fox had also sent former pro Chris Neal as a gift of sorts for his years spent with the crew, and some unknown kid from Spain named Edgar Torronteras. I didn’t have any tattoos or ear rings, and didn’t dress the part so I stuck out quite a bit. Our Chilean hosts were expecting more of a Mike Metzger arrival. In fact, I was pretty green in most ways of the world at the time. So much would change at the conclusion of the scheduled 10-day trip. I only made it eight days, and by the time I flew home (in first class with IV’s sticking out of my arms and the doctor that saved my life) I had been hardened in every sense of the word. 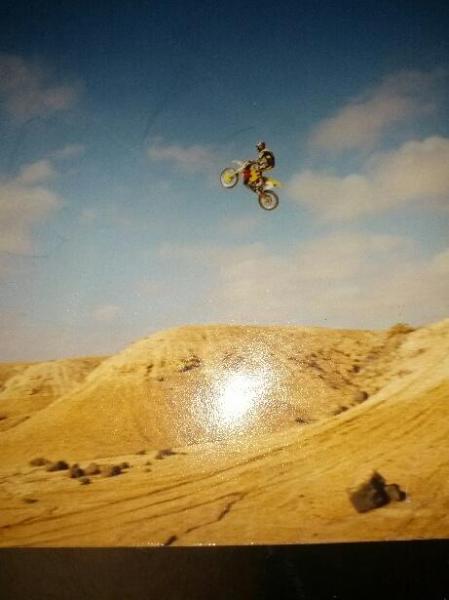 My most vivid memories of the trip were partying with “Nealer,” who really, really knew how to party, and seeing Edgar whip a motorcycle harder than I thought was possible. Coincidentally, “The Spanish Fly” as he is known today is a currently the gold medal winner in the X Games best whip event, and remains a Fox sponsored athlete. Both were at my bedside with tears in their eyes after the doctors woke me up from my first surgery. I didn’t know how hurt I was and I was higher than boat dock gas from the pain meds, so I just tried to smile back and give them thumbs up.

As far as street cred goes, my ill-fated leap at the end of Terrafirma 4 earned me the respect of everyone from Jeremy McGrath to Seth Enslow, who signed my Crusty Demons poster, “Andy Bowyer is the Mad Man.” Decades later my crash remains one of the top five worst crashes caught on video and people still stop me in the pits to ask me about it. I made good on my claim to go big, but it still haunts me to think that if I only took the time to smooth out the take off and was able to clear the gap what my life would have been like. A career in FMX? Maybe able to reinvigorate my racing career? I’m 100 times more proud of my Loretta Lynn’s championship trophy than I am of that old video. I wasn’t a crash guy in my racing days, and my passion for professional motocross racing remains the fuel behind my 12 years writing the Rev Up. I don't mean to use such an ominous reference, but like George Jung, I still crack a smile knowing my ambition far exceeded my talent on a dirtbike. We only have one chance to spend our time on this mudball, and I know when I had the chance to show what I had, I took a full swing. No regrets here. 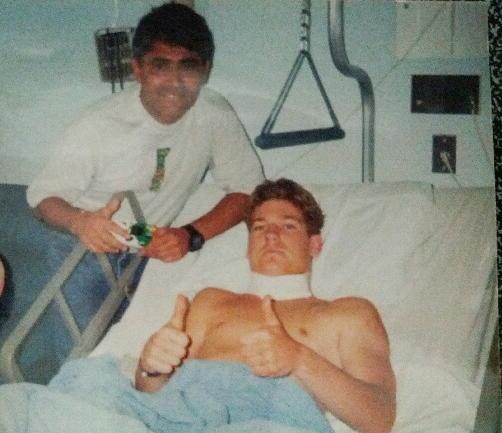 The end result in Chile.

Being there in Morgan Hill last week with my six-month old daughter and her Mom, and seeing the old landmarks of the O.G. Fox Racing headquarters sure did have my eyebrows raised up. The Fox family took tremendous care of me throughout my accident and rewarded me with five of the most indescribably amazing years as an employee. The friends I made during that time are pals for life. One of these days, when a little more time has gone by, I’ll write about some of the experiences we shared together. If you want to hear more about my wreck (my segments begins at 2:08 flying off my bike), e-mail me at andy@racerxonline.com and I’ll be happy to share.