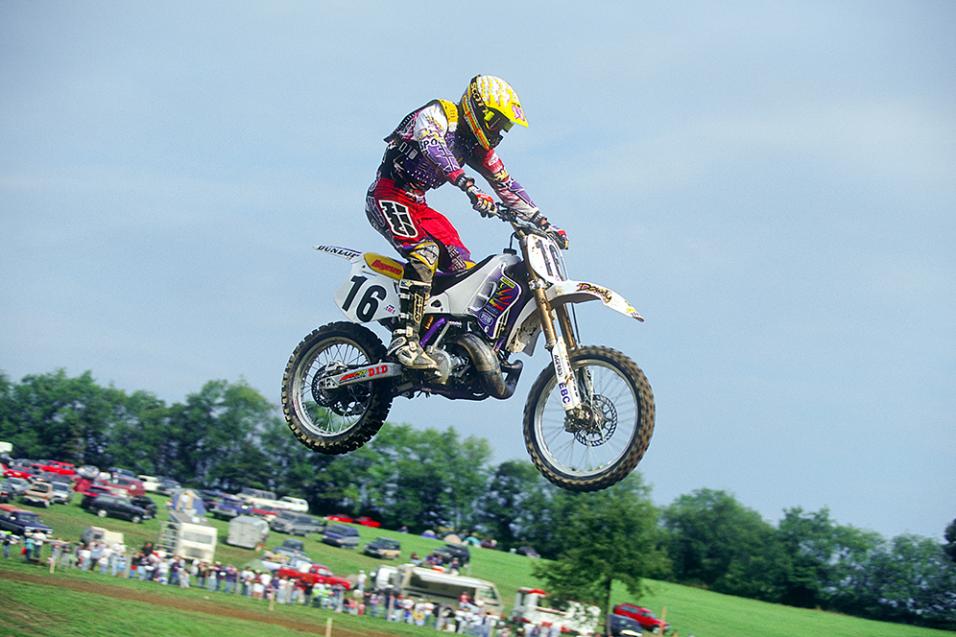 Dowd’s legend starts with his late start in the sport. He literally only started racing at age 20! He advanced quickly through the local ranks and by age 22 he had a pro license and raced Southwick. Finished twentieth overall! This was so long ago, Bob Hannah was still young enough to win a moto!

Dowd nets third overall in the 250 class behind Jeff Stanton and Jeff Ward. Ah, but he’s just a local. He’ll never amount to anything outside of the New England area. Right?

This wasn’t even a mud race—it was a flood race. Most bikes drowned out, but New England-types know how to survive this stuff, and Dowd scored an all-time upset win in the 250 class as a privateer. His neighbor Doug Henry won the 125 class. Ah, but they’re only good in the mud, right? 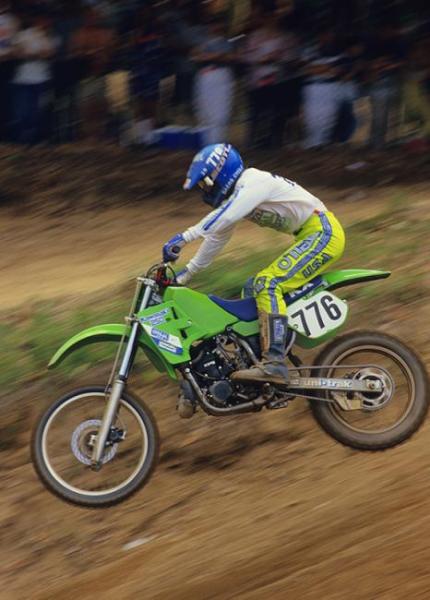 Yeah! Why is legendary New England moto photo legend Paul Buckley awesome? Because he does stuff like shoot an unknown on #776 racing his first national. This is Dowd all the way back at Southwick in 1987!
www.BuckleyPhotos.com

Dowd kept improving outdoors, and by 1994 he was finishing in the third-to-fifth range weekly on his Boyesen/Penske Yamaha. Meanwhile, the factory Yamaha crew was fed up with the drama of their riders. Superstar Damon Bradshaw retired suddenly at the end of 1993, and then his replacement, Mike Craig, was all over the map for ’94. So partway through the season, Yamaha canned Craig and hired the workhorse Dowd. A few weeks later, he delivered the overall win at Millville!

Credit Yamaha for signing Dowd to a full-factory contract for 1995. He was already 28 and considered too old, and his supercross skills were virtually nonexistent. Teammate Jeff Emig was calling him “The Stretcher” because Dowd would case so much stuff at the SX test track that he’d literally stretch frames and swingarms! But Dowd worked and improved throughout the year. When the lights went out at the Las Vegas finale and most of the top talent didn’t race, Dowd scored third in the 250 class. 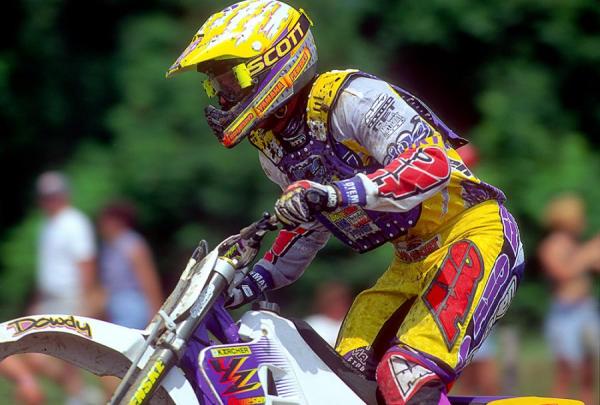 Yamaha wants to go with a youth movement in the 125 class, but Dowd volunteers to try the small bike. His teammate is sophomore pro Kevin Windham. Hilariously, Windham, thirteen years younger, has ended up retiring before Dowd! On the small bikes, Dowd keeps working and even gets a victory.

Yamaha moves Dowd back to the 250 class outdoors for 1997, and he really finds a groove, providing Emig’s stiffest challenge for the ’97 title. Along the way, he goes 1-1 at Southwick.

No one, no one, no one ever pegged Dowd as a future SX champion, but he digs deep to hold off a talented Frenchman named David Vuillemin to win 125 West. His victory in Dallas seals it. 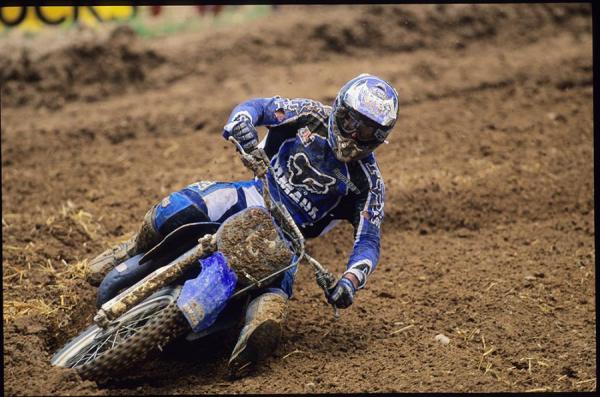 Dowd was really strong during his factory Yamaha years in the late 90s. This shot comes from his runner-up season in the 1998 125 Nationals.
www.BuckleyPhotos.com

No one, no one, no one ever pegged Dowd as a future 250 SX race winner, but on a muddy night at Charlotte Motor Speedway, Windham crashes out of the lead, and Dowd rolls past to take the win!

Ricky Carmichael wins every single round of 125 East, so he’s expected to walk away at the Shootout. But Dowd gives him all he can handle en route to a close second place. “That guy may be old,” says RC after the race, “but he can go!”

This is the greatest day in Southwick history, as Dowd wins the 125 class and Henry wins the 250s! Dowd’s win is as impressive as they come. Carmichael’s KX125 blows a head gasket in moto one, but in moto two they square off and Dowd just pulls away from the GOAT. He was that freaking good at his home track.

The NESC area takes two of three spots on Team USA (Henry, Dowd, and Carmichael make up the team) and it rains and rains some more at Foxhills in England. Henry wins a moto, but overall the Americans struggle. Hey, it’s an honor just to make the team, right? 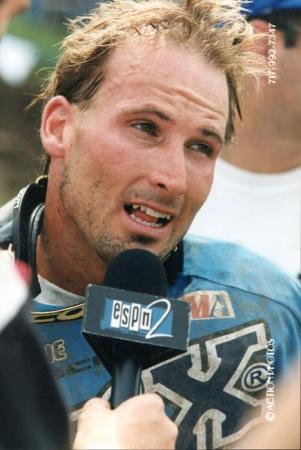 Dowd has announced this weekend's Southwick National will be his final race. Only 26 years after his first pro race!
Thom Veety photo

He's really getting good at SX. Straight-up second in the 250s at the Georgia Dome. By 1999, Dowd doesn’t need mudders—he can battle the best indoors under all conditions.

Dowd was going to be the favorite for the 1999 250 National Motocross Championship, but he never got a clean shot after Ezra Lusk landed on him at Daytona, leading to a badly broken shoulder. Dowd would never be the same. Kawasaki picked him up for one last run in 2000, but it was a bad year.

Still got that Southwick magic, though! Just months before his fortieth birthday, Dowd finishes third overall behind Carmichael and Chad Reed in the big class.

The Moto Gods of Southwick have a strange sense of humor. New 450 National Champion Chad Reed, known as the guy who doesn’t crash, crashes out while leading moto two! Matt Goerke, now a replacement rider for Team Yamaha like Dowd was fifteen years earlier, holds the lead, but Dowd finds himself in second and puts in one last run to close the gap on Goerke. He runs out of steam while Goerke turns it up to win his only career moto and overall. He actually tied Michael Byrne on points for the day. And Dowd? Third overall at age 44! 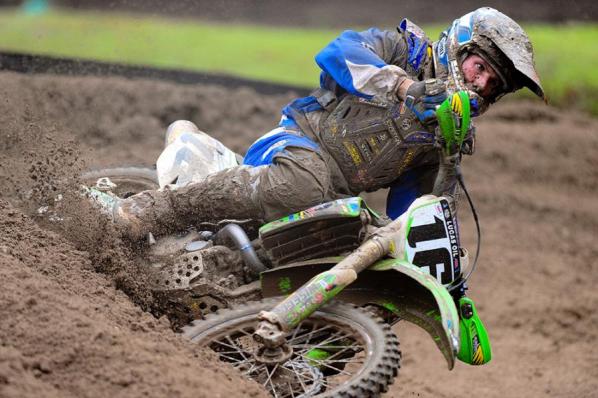