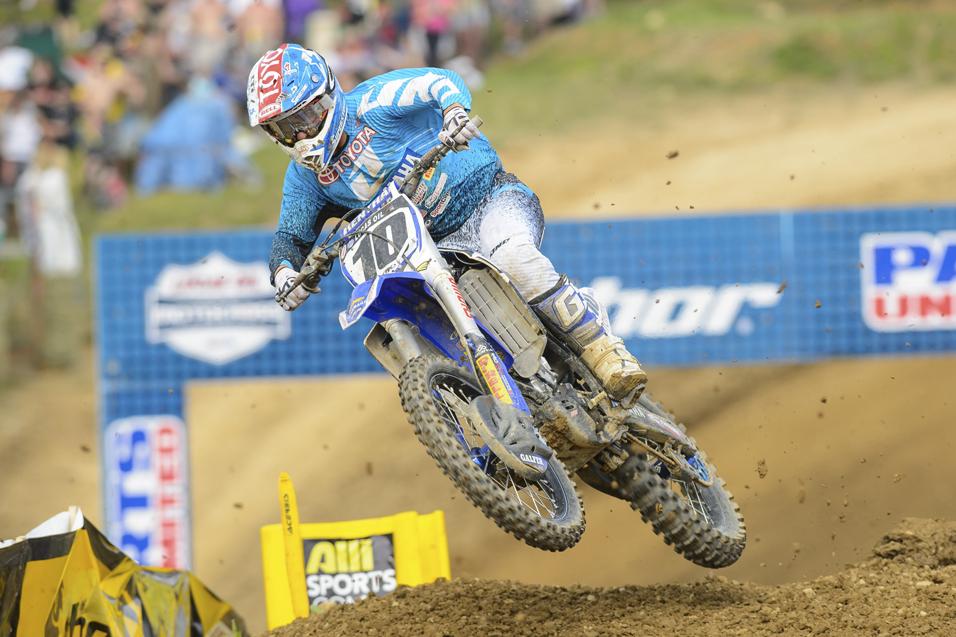 Going for the W More with Less

Justin Brayton is a relentless worker—almost to a fault. The JGR Toyota Yamaha rider is known to work himself tirelessly. On Saturday evening after the the Tennessee National, Brayton drove back to his homebase outside of Charlotte, North Carolina and logged a mountain bike ride after his motos. A few days before the season opener at Hangtown, he logged an hour-and-a-half moto at the JGR track, complete with gas stops, while wearing a thick layer of clothing to replicate the heat. On most Wednesday nights, he races a local mountain bike series and regularly battles the best riders in the event—after he’s trained and ridden during the day.

But the off-week provided Brayton, not by choice, a much-needed opportunity to decompress.

“I’ve always prided myself on working hard. Maybe too hard sometimes,” says Brayton. “Typically on the weekend off I would be back on the grind doing motos, bicycling and hitting the gym. {It’s] Probably more than I should but that’s how I’ve always been and all I really know.”

As it turns out, Brayton ended up with a busy schedule away from the track and gym this week, forcing him into a rare week of rest.

“I guess, fortunately I didn’t have that option on the weekend off,” he explains. “I had some commitments with Yamaha to go to Vegas for the Yamaha dealer meeting and also my sisters wedding in Iowa.” 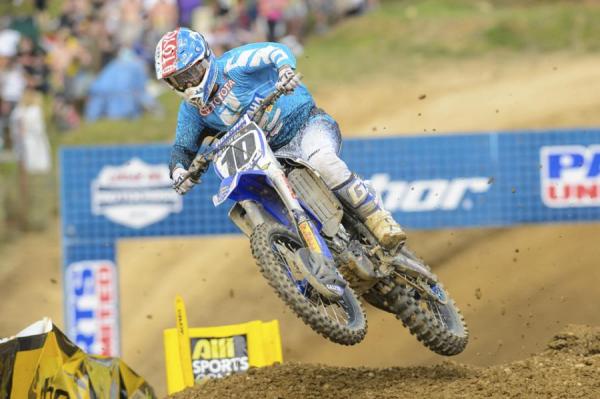 Brayton got a much break during the week off.
Simon Cudby photo

A season ago the turning point for Brayton’s Lucas Oil Pro Motocross season came at Budds Creek via a fifth overall. Early struggles this season have Brayton hoping for similar success.

“I took some time off and got to think about some things and about what I really wanted to do,” says Brayton. “It was my turning point last year so I don’t see why there isn’t a reason a can’t do it again.”

As for the brand new Yamaha that has generated plenty of buzz he wasn’t able to offer much, but he was impressed with the changes thus far.

“I’m really impressed by it,” said Brayton of the 2014 model. “I think I get to ride it here soon and get on it for the first time and see what the changes are. I think everything is positive from what I’ve heard.”

For most, the week off gives riders a chance for more training and testing. For Brayton, it gave him a chance to unwind and get back to what’s most important. “It was nice to get back to what means the most, and that’s family,” said Brayton of his time off.

Each weekend in the 250 and 450 Class, only one rider can win. The weekend off presents a chance for everyone to step up their game and reset the season, and sometimes gains are obvious even if they don’t result in a straight-up victory. Brayton, struggling so far this summer, needs a boost as much as anyone, and this weekend might be the weekend that it happens.