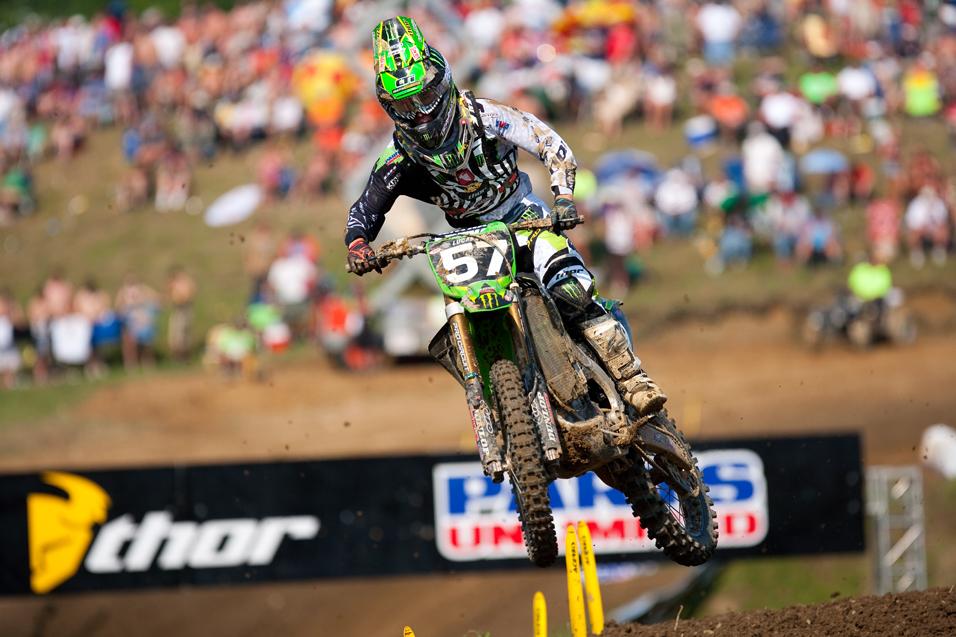 In three rounds of 250 motocross we've seen three different winners. Red Bull KTM's Marvin Musquin joined his teammate and points leader Ken Roczen, and GEICO Honda's Eli Tomac, as an overall winner with his steady 2-2 day at the Ford Built Tough Muddy Creek National. And while Marvin did not win a moto, his performance was something that must concern the other contenders—the Frenchman always seem to pick up speed as a series unfolds, as he showed in Monster Energy Supercross, where he didn't win until the fourth round, as well as last year's outdoor tour, where he finally got his first win at the ninth round of the championship. Roczen and Tomac have been faster, but MM seems poised to make a surge now.

And we still haven't seen the best of Blake Baggett, the man wearing the #1 plate. Baggett has show flashes of the incredible speed that netted him last year’s title, but he still seems a little reserved in his attacks. The wrist is getting better all the time, and late in the second moto he put in some real fast laps in to overtake Roczen and keep the red-plated rider from another overall win. But he has yet to reach the front, and Tomac and Musquin were long gone by the time he went back past K-Roc in the second moto. 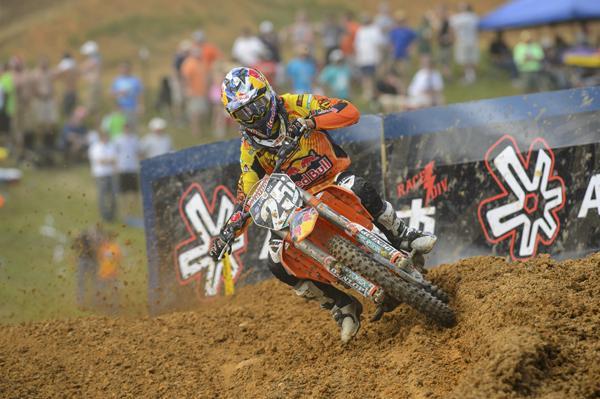 Now Baggett returns to High Point in Mt. Morris, Pennsylvania, the track where he has blown some minds with his sheer speed the past couple of visits, even winning after a big crash. (Remember the bullet look after he lost his visor?) If Blake Baggett gets some starts this Saturday, I can see him becoming the fourth winner in four races in this class.

As for Blake's debutante teammate Adam Cianciarulo, who will finally race after battling with that nasty bout of salmonella poisoning, your guess is as good as mine on how he will do!