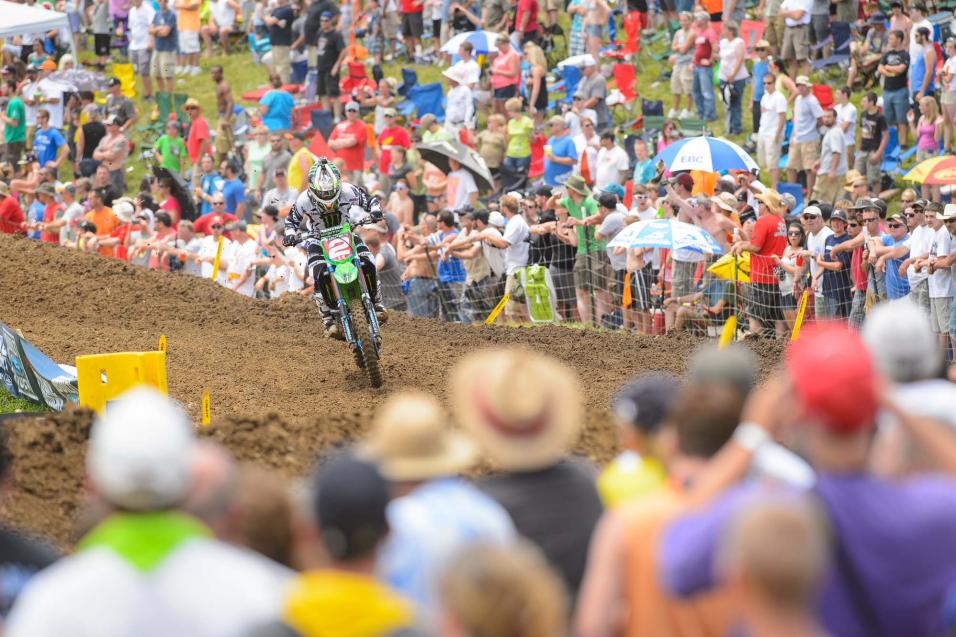 What a day it was in front of who knows how many Southeast motocross fanatics at Muddy Creek. The crowd was huge. The 2013 Lucas Oil Pro Motocross Championship came here,  kicked ass and the fans soaked up every single minute of it. They had waited a long time to get this race!

Red Bull KTM's Ryan Dungey stood atop the podium for the first time this year with 3-1 scores. He and his team have been working hard to improve their bike set up through these early rounds, and it paid off here. "The competition is stronger this year, so we knew that last year's setup wasn't going to get it done," said Dungey in the post-race press conference. As always, though, it was Dungey's overall strength and fitness that made the ultimate difference. In the second moto he needed to get Honda Muscle Milk’s Justin Barcia  for the overall and although Barcia rode very well, he wasn’t able to deny Dungey the lead spot. Ryan made a nice move around Justin late in the race and stretched it out at the end to take a pretty convincing victory. Had he gotten a better start in the first moto, perhaps Dungey could have challenged Barcia or Monster Energy Kawasaki’s Ryan Villopoto but by the time he got into third, the top two of Villopoto and Barcia were gone.

Barcia went 2-2 on the day and led a ton of laps. He led laps last weekend, too. The youngster has to be encouraged by his progress, as this time he actually passed Villopoto for the lead early in moto one, and then hung with the points leader until the second half of the race. He led Dungey until the second half of moto two. The 450 fitness base the Ryans have from years of winning races in that class helps them late, but Barcia is getting stronger, quickly.

Villopoto's win streak is over, but he has to be happy that he crashed twice in the second moto and still managed a fourth for third overall. In the first moto, Villopoto checked out big time for his fifth straight moto win and it looked to be more of the same in the second moto but Villopoto fell on lap one to put him around 20th. Villopoto didn’t win the overall, but he still showed the speed that led him to wins in rounds one and two.

Yoshimura Suzuki’s James Stewart somehow only qualified 17th and had a so-so day. He was fourth overall with a 4-6 but didn’t show the speed needed to take advantage of Dungey’s bad first-moto start, or Villopoto’s crash in moto two. Motoconcepts Mike Alessi did well—with 6-5 for fifth, this was his best ride of the season. The two European GP riders, Clement Desalle and Kevin Strijbos, also rode well, taking sixth and seventh overall. They each had a moto with first lap troubles and had to prove they could come from behind. 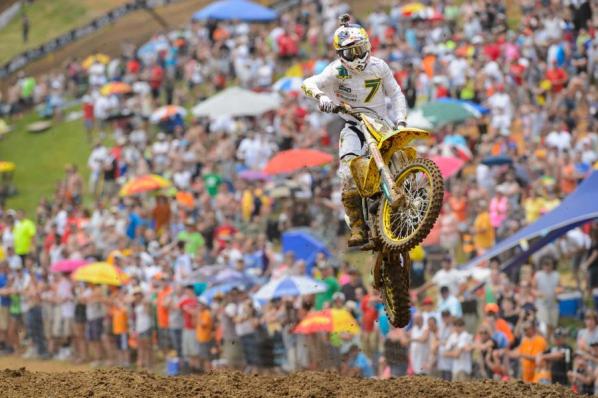 Stewart didn't have his best day but he was consistent and took fourth overall.
Cudby photo

Trey Canard could have had an overall podium for the day, he was running third in moto one until he crashed, and his bike was so bent up that he needed to go to the pits for repairs. He finished 29th, but bounced back in moto two for a third--holding off Villopoto's fuious last-lap charge.

Red Bull KTM had double reason to celebrate, as beyond Dungey’s 450 win, they took the 250 victory with Marvin Musquin. That’s the Frenchman’s second career overall win with a steady and consistent 2-2. Marvin’s now gone 4-4-4-4-2-2 on the season to stay close in the points hunt. At Muddy Creek he showed that he’s got the starts, the speed, the fitness and the technique going forward to perhaps shake up the favorites.

And those favorites, GEICO Honda’s Eli Tomac and Red Bull KTM’s Kenny Roczen split the moto wins with some great rides. Roczen fell early in moto two, but climbed back to third late in the race and looked to have the overall win in the bag with 3-1 scores. But then he went off the track. It was a costly mistake for the series points leader, as Blake Baggett got back round him to steal third and cost him the overall win. Tomac couldn’t start with the top guys in the first moto but in the second, much like he did last week, he got a start and took off for a commanding win. But his 4-1 was edged by Musquin’s 2-2. 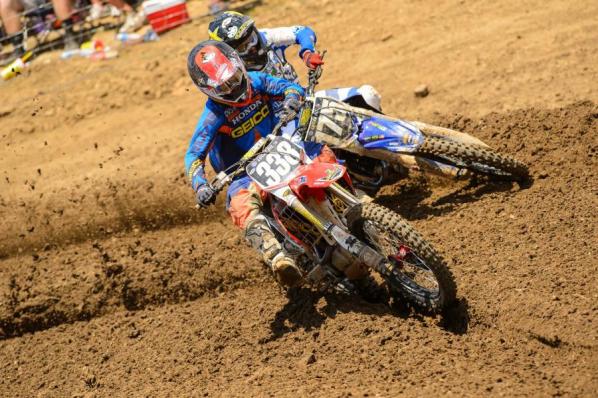 Local products Zach Osborne and Cooper Webb had their moments--both led a bit in the first 250 moto. 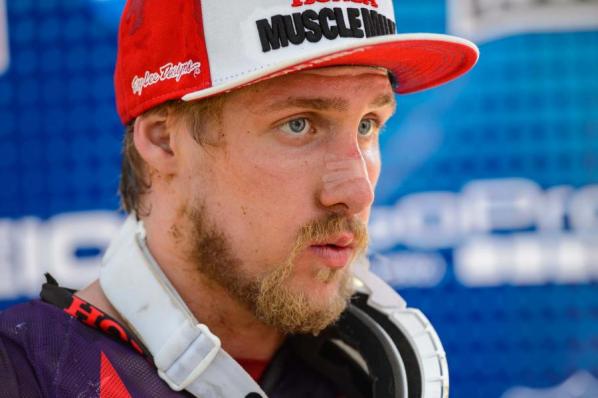 Barcia is learning quickly by starting and running with the big guns of the 450 Class.
Cudby photos

Musquin is the third different winner in three races in the 250 class, but for the second-straight week it boiled down to whether or not Tomac can get a start. He did in the last two second motos, and he checked out both times. Meanwhile, Roczen did a great job salvaging something in what could have been a bad second moto, and the German has won four out of six motos so far this year, giving him a nice points lead.