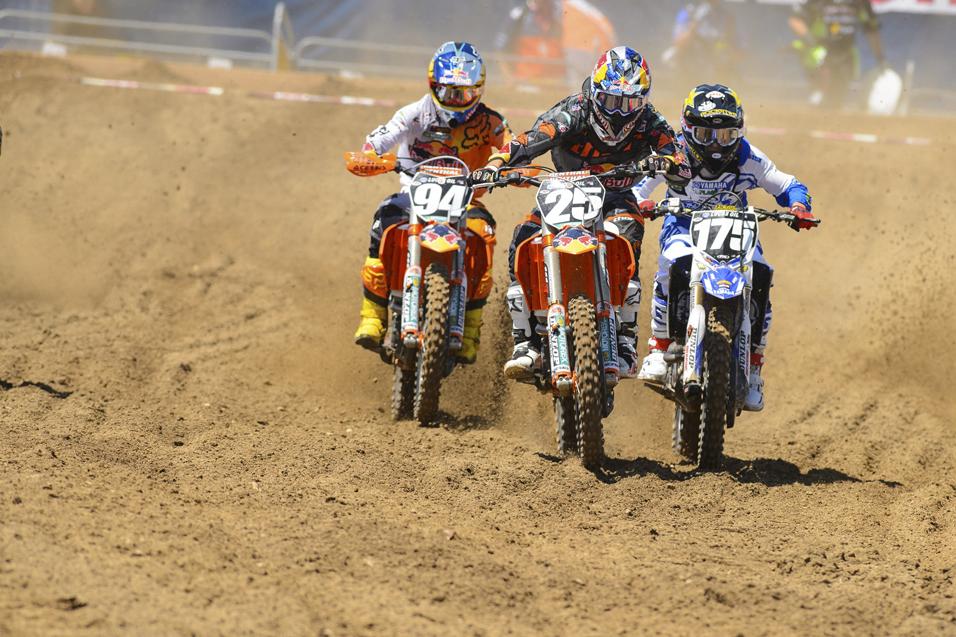 We all knew there was going to be some orange near the front of the 250 pack this summer as both Ken Roczen and Marvin Musquin began another season in America—especially now that both have claimed multiple supercross wins. What we may not have expected is that Roczen, the 250 West Region SX champ in 2013 Monster Energy Supercross, would hit his outdoor stride so quickly. Kenny didn't win a single national last year after walking off with the previous season's Grand Prix title, but after being the top 250 at the last two Motocross of Nations while riding for Germany—especially the sandy Team USA comeuppance at Lommel last September—I knew he just might hit the ground roosting here at Hangtown. With Blake Baggett still getting back to form after a broken wrist and Eli Tomac still a little off-balance from his supercross defeat—and Marvin maybe not as purely fast as Kenny right now—Roczen was in a good spot riding into Hangtown. He took full advantage of it with two superb motos that saw him dispatch early challengers and then ride flawless laps on a dynamic, rough, and tricky circuit. The #94 took a relatively easy set of moto wins at Hangtown and served notice that he is now a force here, not a newcomer with potential. 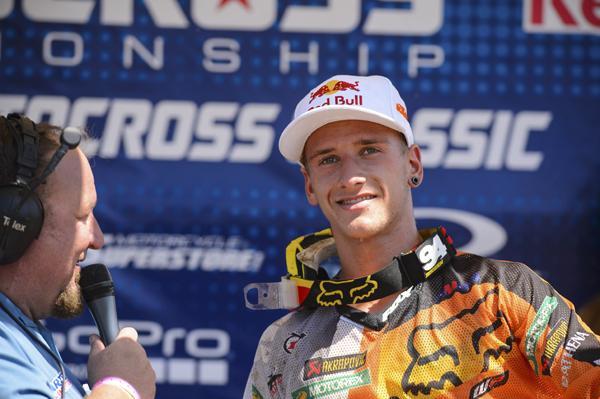 Roczen was all smiles after his win at Hangtown.
Simon Cudby photo

But behind him there was more than just defeat. Baggett should have been thrilled with his outright speed, knowing his wrist strength might be suspect, but he wasn't. Tomac rode smart enough to manage 2-3 scores on a day when he did not ride with the exuberance and focus we've grown accustomed to seeing. Musquin made his own matters worse with some uneven moves in the early going, included a tangle with GEICO Honda's Zach Osborne that left both down in the dirt and scrambling. And new kids like Cooper Webb, Justin Hill, and Joey Savatgy had to be happy they had the chance to show their form without it being measured one way or the other to the mega-hyped Adam Cianciarulo, who sat out the race with the flu and may not even be ready come Colorado.

Yet none of these riders, even on their best day, might have matched the #94 Red Bull KTM of Roczen on that Hangtown track. He was truly in charge of this class. There may be twenty-two motos to go, but Roczen has already put everyone on notice with the first two that he is, like KTM's slogan, “ready to race” for this championship. And he expects to win it.