Murrieta, CA – KTM Motorsports is proud to announce the launch of a new KTM-backed support team for the 2013 Lucas Oil Pro Motocross Championship Series, the FMF/Orange Brigade/KTM Racing Team, which will feature 250 Motocross rider Joey Savatgy and will be overseen by Team Coordinator James Coy.

After the announcement of the collapse of the JDR/J-Star/KTM Team, KTM Motorsports and FMF Racing combined efforts to create a team for Savatgy, recently named the AMA Rookie of the Year.

“We see great potential with Joey in his rookie year and want to continue to help him achieve his goals and improve his results with our brand,” stated KTM North America, Inc. President Jon-Erik Burleson. “Unfortunately, his former team encountered struggles that have left Joey without an outdoor ride. Our long-standing relationship with FMF and their current involvement with our company and vested interest in Joey and his future have made this collaboration possible. We are excited to say that Joey will remain on a KTM for the outdoors series where we look forward to seeing continued progress in his results.” 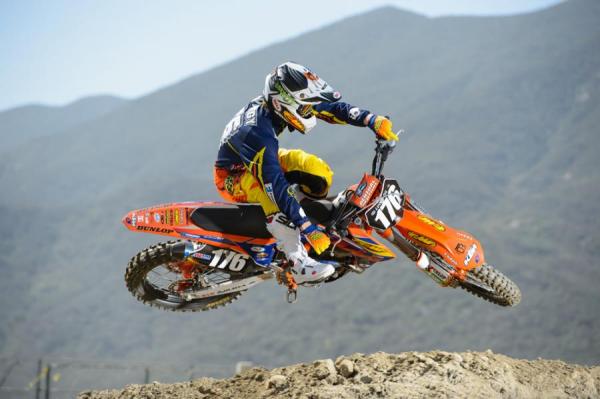 Donny Emler, Marketing Director of FMF Racing, commented, “We have supported Joey since he was riding KTM 65’s as an amateur and it is great to support his effort in his first year pro. We have a great relationship with KTM and we are excited to come on as the title sponsor to this first year team.”

Savatgy, who is fresh off his first Supercross season, is excited for the launch of the new team at the start of the outdoor series. “This is my first year competing in the Lucas Oil Pro Motocross Series and it feels like a new beginning. I have already been riding KTM for six months now, but to have a team of sponsors that I strongly support and that feel the same about me makes this an exciting opportunity. I am looking forward to the first gate drop at the Hangtown event. I am very excited about my future with the FMF/Orange Brigade/KTM Team.”
Read Now
November 2020 Issue Now Available