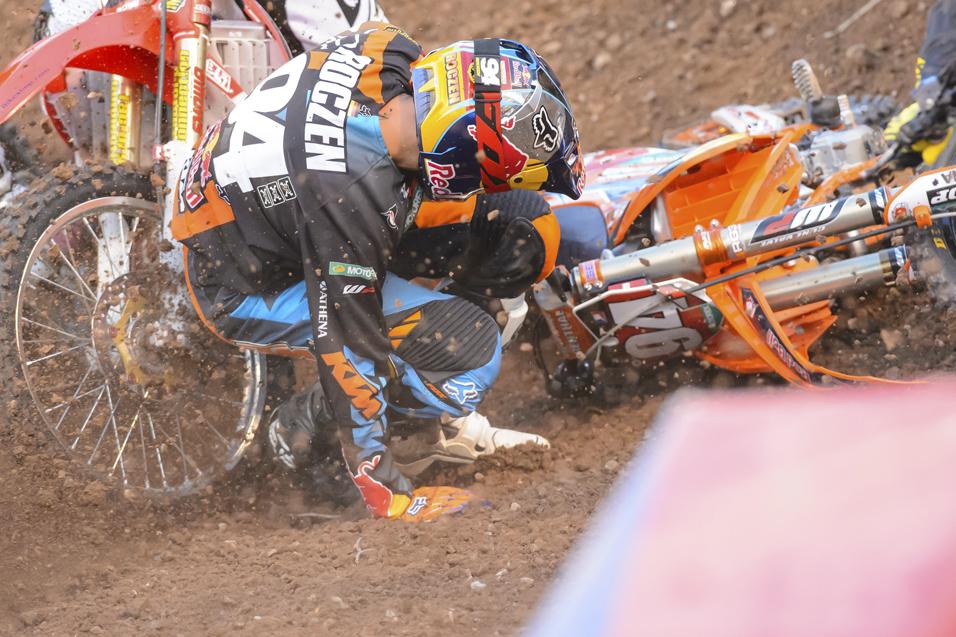 Advertisement | Advertise with Us
Salt Lake City, UT Salt Lake City Monster Energy AMA Supercross Championship
Rockstar Energy Racing’s Jason Anderson finished a solid fourth at the Monster Energy Supercross season opener in Anaheim, but then failed to qualify at round two in Phoenix. At round three, his team owner, Bobby Hewitt, quickly worked to keep spirits up. “If you go back and look at the points of most Lites supercross champions,” he said. “You’ll see that most of them had a bad race along the way.”

Indeed, mistakes can be overcome even in short series like these, and proof comes from the four title contenders heading into the Las Vegas finale this weekend. The 250SX heat races become the 15-lap season-finale main events for each coast, and the points scenarios are shockingly similar on both sides. In the East, a GEICO Honda rider holds a five-point edge on a Red Bull KTM rider. In the West, it’s the exact opposite. 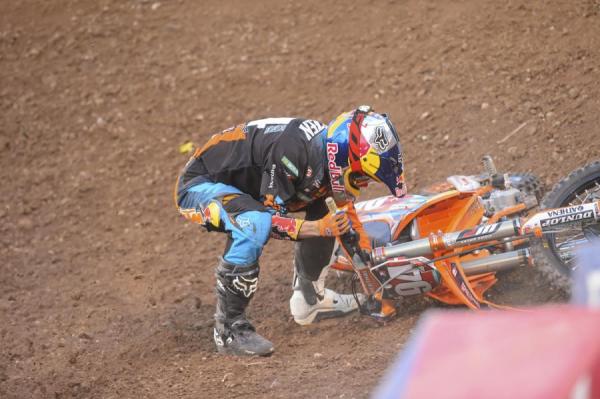 Five points isn’t much, and the gaps could be closer by 8 p.m. on Saturday, when those race are complete. All four title contenders can point to a moment or two throughout the year that could have changed everything, but they also know the finale gives them one more shot to right all the wrongs.

On the West, such moments are as obvious as watching your DVR recording of last weekend’s race in Salt Lake City, with massive gaffs by contenders Ken Roczen (pulled off in heat race, bad gate pick in the LCQ, first turn crash, didn’t make the main) and Eli Tomac (went from second to as far back as eleventh in the main event, eventually finished a disappointing sixth). Tomac’s run two weeks ago in Seattle looks more critical now. He was leading but crashed back to second, opening the door for a Roczen win. That’s a six-point swing right there, so Tomac coulda shoulda woulda had a one-point lead heading into Vegas had he held on.

On the East, Musquin has been in a points hole as soon as the first turn of the first race of the season, as a first-turn crash in Dallas relegated him to sixth for the night. He’d rally back with a three-race win streak, one third of it fueled by a last lap crash from Blake Wharton at Indy. Wharton had the win in hand when he threw it away, boosting Musquin from second to first, and Hahn from fourth to third. Had Wharton not crashed, Musquin would have gained four points on Hahn that night. Instead, he gained five. 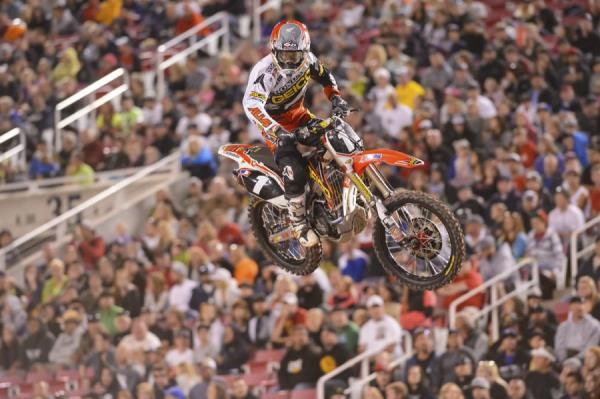 But supercross giveth and then taketh away. In Houston, Musquin backed out of a battle with Wharton early, and patiently waited to the halfway point to attack. As his attack began, he got sideways in the whoops, tagged a Tuff Block and went down. That was advantage Hahn, who went by Musquin for second and set after Wharton. But Hahn ran into his own troubles by having to roll the finish line jump a few times, which prevented him from getting Wharton and a win he really needed.

But it’s easy to say “What if” in racing. They key is who makes it happen next. Perhaps Musquin summed it up best after his win two weeks ago in Minneapolis. “If I had the win last week it would be only maybe one point or something. But, “if, if…” you can say that all the time, we can’t change anything. Like I said, I’ll try to win Vegas and we’ll see what’s going to happen for Wil Hahn.”