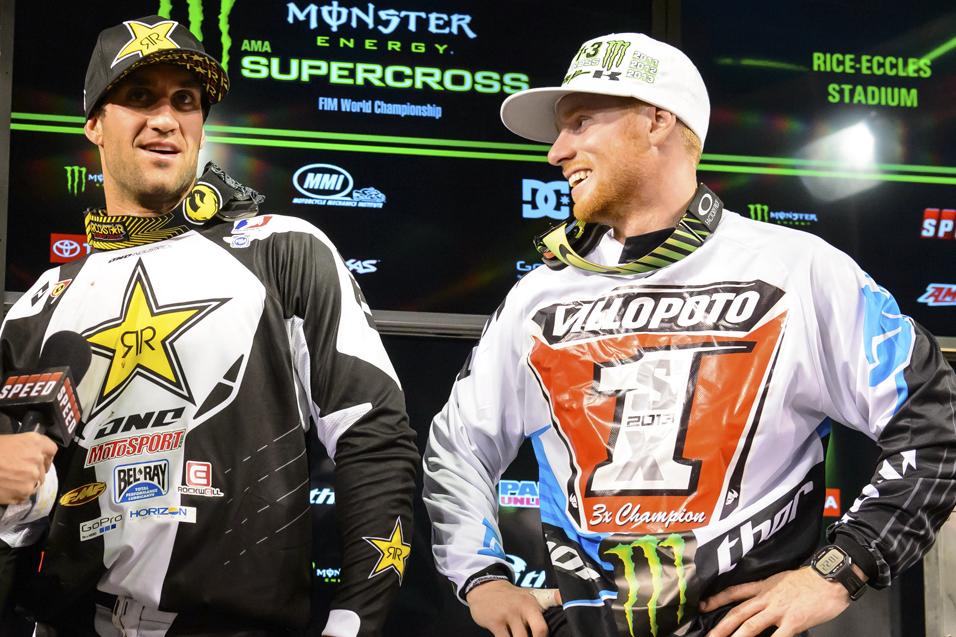 Advertisement | Advertise with Us
Rice-eccles Stadium Salt Lake City, UT Salt Lake City Monster Energy AMA Supercross Championship
Back in January, following a slow start by some of the veterans of the Monster Energy Supercross tour—James Stewart, Chad Reed, Kevin Windham—we made mention of a possible “changing of the guard” as the theme of the early rounds of the series. Needless to say, our inbox filled up with responses (mostly angry) from fans who thought we were being premature in talking about younger riders who were coming along not to complement those legends, but to replace them.

First of all, no one is ever going to replace Kevin Windham. Even though he called time on his career in the middle of the second Anaheim race, he's still one of the sport’s biggest stars, and his opening-ceremonies transfer jumps still get the loudest applause of all. But for James Stewart and Chad Reed—both of whom have struggled with consistency, health, and the occasional bad luck this season—their spots are fair game. They remain two of the fastest men on the planet, but their consistency isn’t what it used to be. It's been four years since either won this title, and they combined for a single main-event win this time around. 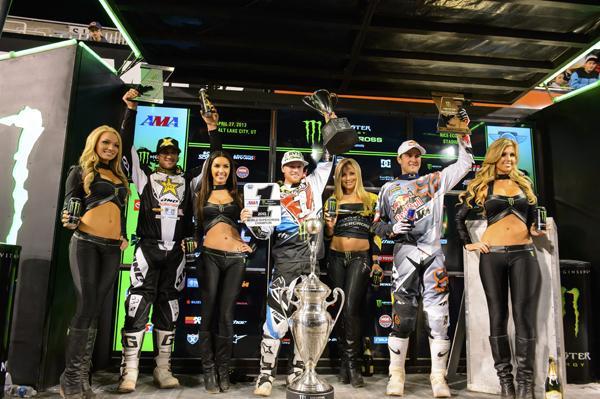 With one round to go, the very top of the 2013 Monster Energy Supercross points standings looks very similar to what it did last year: Ryan Villopoto, Davi Millsaps, Ryan Dungey. They are the new establishment of this series, with Villopoto comfortably at the controls. He joins Jeremy McGrath, Ricky Carmichael, and Bob Hannah as the only men to win three straight titles here, and his career wins total is creeping up on those of Stewart and Reed.

It's been eleven years since Stewart and Reed first entered a race together—the 2002 Anaheim SX, where Reed finished sixth in the 250 class and Stewart came in second on the 125—and the two have enjoyed very similar careers. They've been going very fast for more than a decade. Both will be back in 2014, and hopefully they have some more race wins—maybe even a title run—left in them. But the guard is changing, slowly and surely, and Ryan Villopoto is now the new master of this domain.