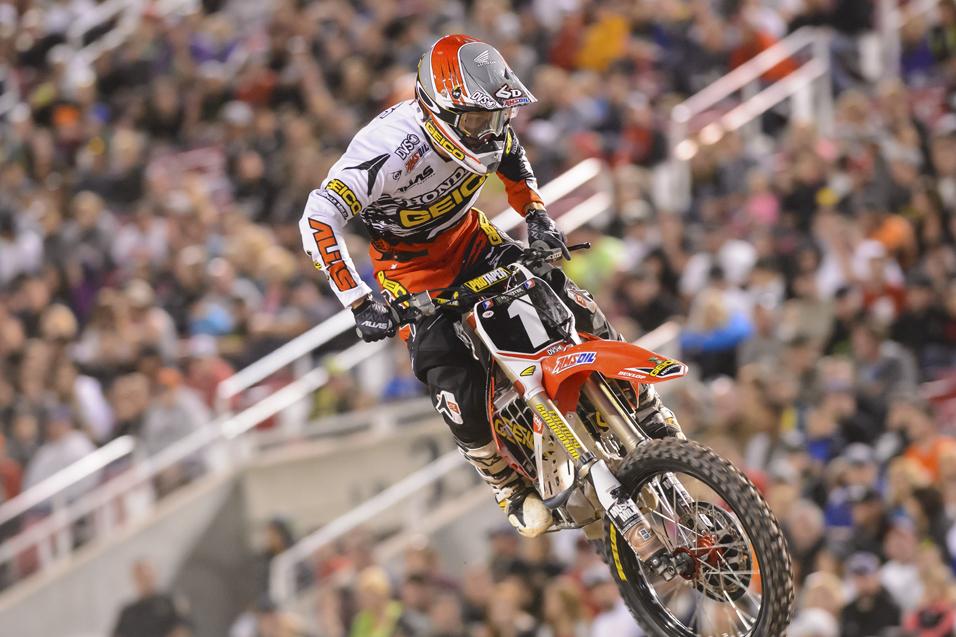 If you were at the Salt Lake City Supercross on Saturday and suddenly felt like you got in one of those hot tub time machines that whisked you back to 1992, you were not alone. Early in the 250SX main, something seemed out of place—or out of time, even. And it wasn't because Red Bull KTM's Ken Roczen wasn’t even in the race—he wasn't even born in 1992! It was because while watching GEICO Honda's Eli Tomac flounder all around the track, one couldn't help but think of Damon Bradshaw's notoriously bad day at the 1992 Los Angeles Coliseum SX finale. Bradshaw only needed to finish close to Jeff Stanton to claim the supercross crown, but for some reason he simply could not get going. People in the stands and the press box thought he was either hurt or suffering from a colossal choke, and even his younger Yamaha teammate Jeff Emig slowed down in order not to pass Bradshaw. In the end, Stanton won the race and the title while Bradshaw rode off to his Yamaha box van, leaving everyone in the grandstands bewildered.

On Saturday night, Tomac was handed a golden opportunity to erase a 20-point deficit on Roczen in the penultimate round of the West Region SX series but just could not get it together. He started well enough but then just went backward, from third to ninth in just a few laps. Tomac was so tentative when he got to the whoops that he was literally singling the first few at one point. It was surreal watching this usually extraordinary athlete seem so out of place. He recovered a little at the end for sixth place, but he should have won this race, or at least taken second place. (Okay, full credit to Rockstar Racing's Jason Anderson, who might have been untouchable in that main event!) Afterward, Eli said the problem was all him, not his bike or an injury. 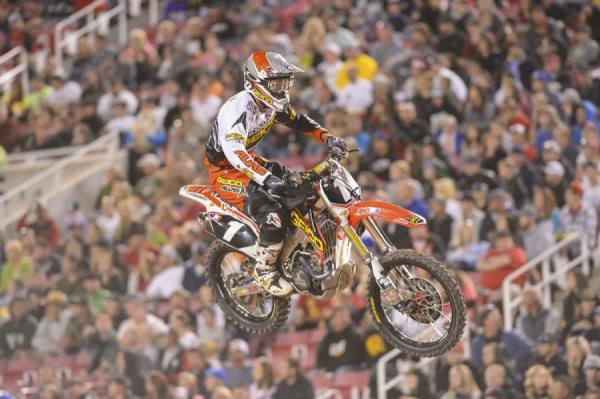 Eil Tomac looked out of sync in Salt Lake City en route to a sixth. How will he rebound in Vegas?
Simon Cudby photo

In this reporter's mind, Bradshaw never did fully recover from his epic meltdown at the '92 LASX finale. He would win just two more SX races in his career after that. I have little doubt that Tomac will recover quickly. In fact, he has to—he's got one last shot at successfully defending that #1 plate when the Las Vegas SX goes off this weekend. Because rather than being a few points ahead of Roczen, Tomac is five down. If Tomac wins, Roczen must get second—the German will lose the tiebreak if he places third.

Whatever was eating Eli on Saturday night may remain a mystery for some time, but we’ll all know this coming Saturday night if what happened in Salt Lake City stayed in Salt Lake City, because there will be nowhere to hide in Las Vegas. Unlike Bradshaw in '92, Tomac gets a chance at redemption right now. What he does with it may reflect in his career for years to come.