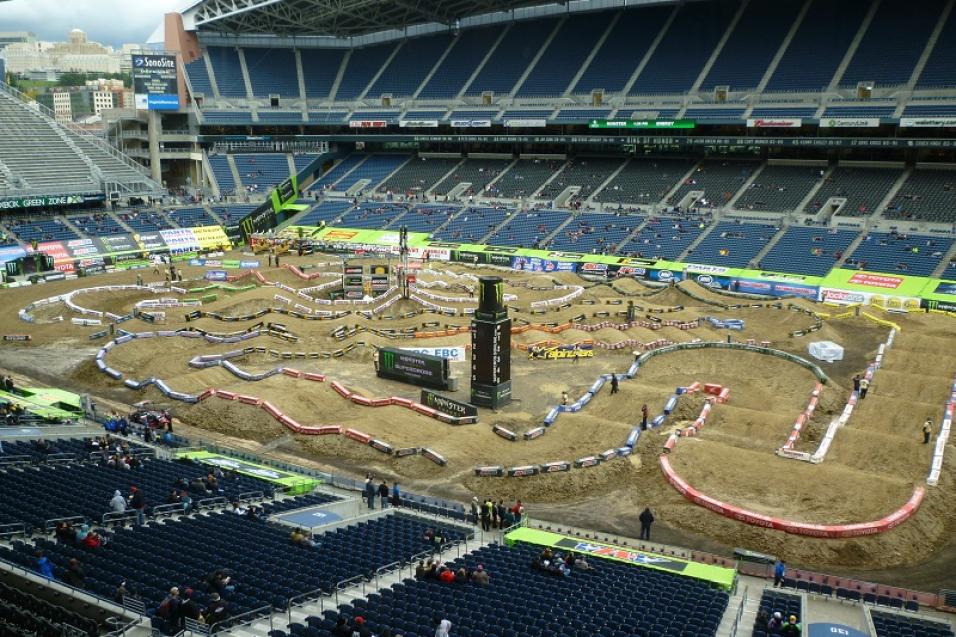 Welcome to the morning report, which, thanks to a revised schedule, is now an afternoon report. The rain came down yesterday and even though the track was covered, there was plenty of standing water in the flat areas that had to be pumped out this morning. The track crew then went to work on getting the track in shape for practice, which has been cut to two sessions (untimed practice was eliminated), and considering how much moisture there was, the track condition is pretty amazing. In fact, Dunlop Tire guy Brian Fleck said they’re going to start the day on intermediate tires and if the rain stays away, some riders might even end up on a hard-pack tires. There are still plenty of soft spots though, and on track walk, this reporter even had to tighten his shoelaces so the mud wouldn’t pull of his shoes in a few places.

The track isn’t made up of the typical parallel-lane layout you’d expect in a football stadium; some lanes even cut diagonally across the stadium floor. There two whoop sections. The first one is pretty standard and consists of nine whoops. The second is seven long, but they are a little bigger. There’s also an off-camber turn that, with the wet dirt, could be pretty tough to get to the inside of. 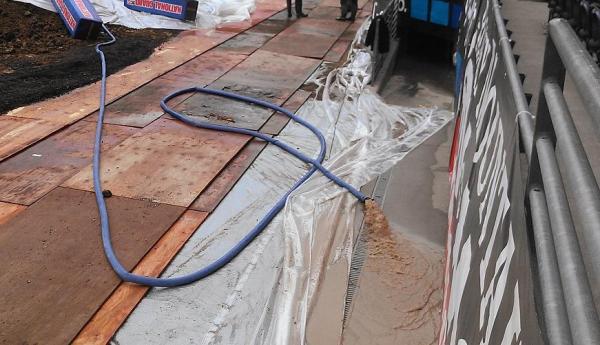 The track crew had their work cut out for them this morning.
Photo: Hansel

As for the storylines tonight, we’ll see the return of the Western Regional 250SX series and the battle for the championship between Eli Tomac and Ken Roczen. Roczen leads Tomac by 17 points, but as we know, that can all change in an instant, especially if the two get to banging like Dean Wilson and Tomac did last year at this very race. Cole Seely is ready to go as well, and says his comfort level is significantly higher than it was at the beginning of the season. For more on him, check out this morning's Going for the W. Ryan Sipes, who was knocked out of the season early with a wrist injury, is also here and will be returning to action tonight.

In 450 action, you already know what to look for. Hometown hero Ryan Villopoto holds a significant lead and Ryan Dungey and Davi Millsaps will be doing their best to cut back into it. With just three races left, they’re going to need some help, which could come tonight in the form of rain. Lastly, Kyle Regal is here with Valli Motorsports and will be racing his first supercross race of the year.

Be sure to keep checking back here at Racer X Online and follow us on Twitter, @racerxonline, for updates on what's going on in CenturyLink Field. 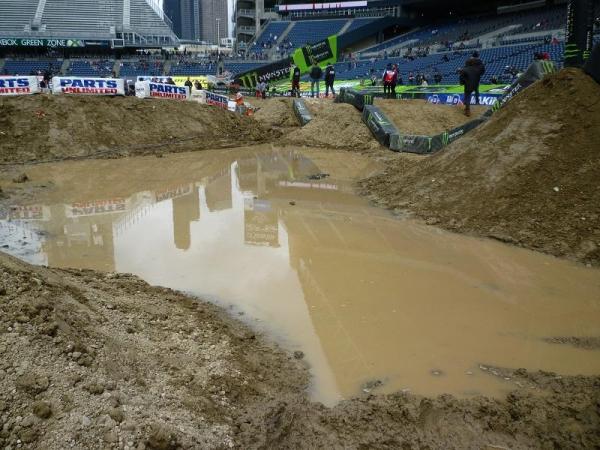 The lanes themselves are pretty dry. Elsewhere? Not so much.
Photo: Hansel