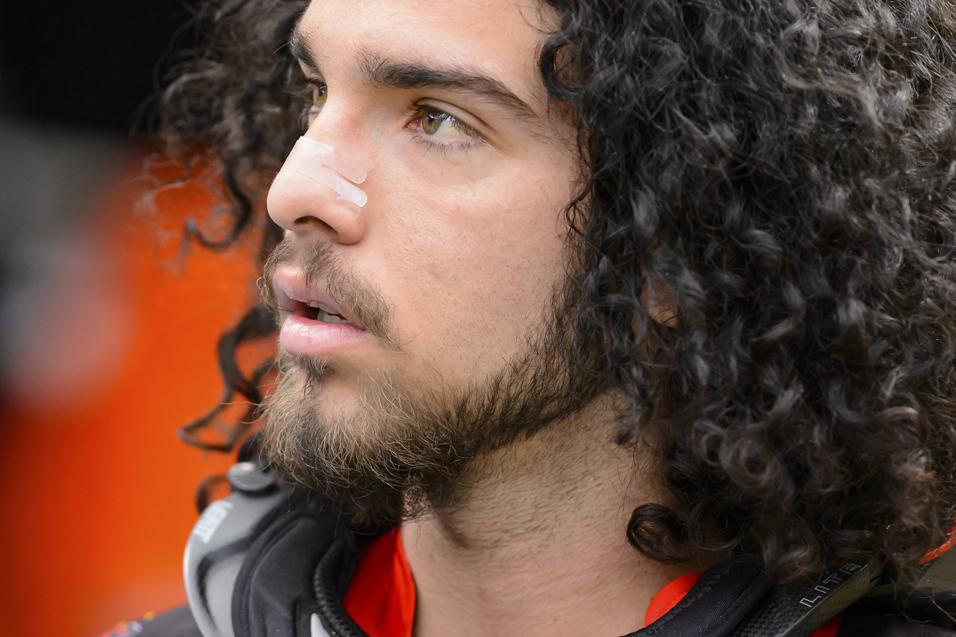 The Breakdown Wharton vs. Bowers

Advertisement | Advertise with Us
Metrodome Minneapolis, MN Minneapolis Monster Energy AMA Supercross Championship
Four guys, three podium spots. That’s the reality of 250SX East Region right now. Barring a crash or DNF, Marvin Musquin, Wil Hahn, Blake Wharton and Tyler Bowers are the only four riders that are in the battle for the box. Sure, this is racing so anything can happen, but in my opinion these four were proven to be a cut above the rest heading into Minneapolis (they finished in the top four in Houston, too).

Sometimes it gets a little ugly when riders know exactly whom they are battling for that coveted podium. For Blake Wharton, he clearly decided to get aggressive in snowy Minneapolis. Starting on the first lap, he was playing cat and mouse with Hahn and then later with Bowers. Since he was coming off a win the previous weekend, I feel Blake was just trying to get to the front with Musquin, but it seemed he just didn’t have the pace that Wil and Marvin did. Once they were clear, he was left to settle that final podium battle with Bowers and they seemed to be very close in speed. 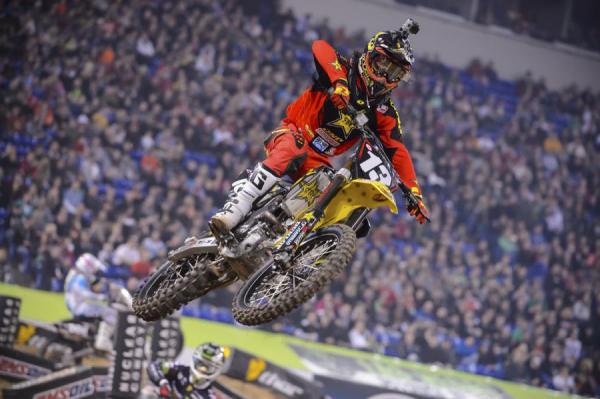 Wharton made an aggressive, not dirty, move in JT's opinion.
Simon Cudby photo

They had passed each other a few times and coming into the turn after the mechanics’ area, Blake had gotten to the inside of Tyler. This turn had been popular for block passing all night, although making that pass usually required slowing both riders down considerably through the next section. The interesting thing for me was, once Wharton got to the inside, I thought that Tyler would check up there. I had watched that move made many times already by others and the inside rider would control the turn and the outside rider would concede, living to fight another day.

Tyler wanted none of that. He felt that he had room on the outside and could avoid contact from Wharton by getting out of the corner quickly. When they did in fact make contact, I think Wharton was almost surprised that Tyler was still on the gas. That is not a typical move when pinned to the outside, as 99 percent of the time you will see the rider relent.

I was wondering to myself if there was more to this move than meets the eye. In Amsoil Arenacross, Tyler is the boss. If someone makes the mistake of running into the three-time champ, they will absolutely regret that move sooner than later. Tyler once had a reputation as being unnecessarily dirty on the track but has gotten away from that stigma with maturity. If provoked, however, fury would reign down upon the unfortunate soul that decided to prod the bull. I think this mentality may have played a factor in the crash as Tyler is typically not on the receiving end of a move like this, and almost always in Arenacross he would be given room in that same spot. When you are “the man” in the series, most times you will be given more respect (see: room) than everyone else. 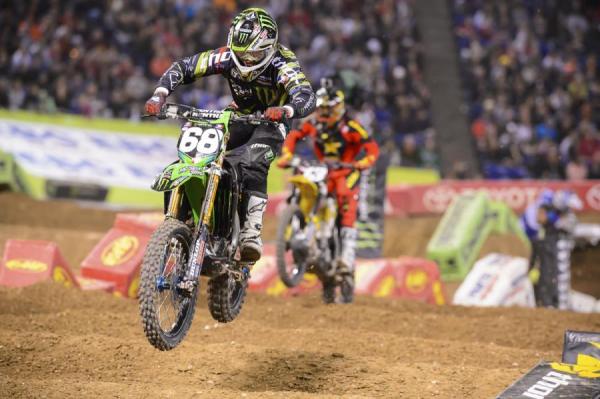 Bowers rebounded to finish fifth, but was not pleased with the move following the race.
Cudby photo

Unfortunately, Blake Wharton doesn’t race Arenacross and extra room was taken off the menu. Unfortunately for everyone but Wharton and Rockstar Energy Racing, Bowers went down hard and the podium battle was over. Luckily Bowers is okay and remounted to finish fifth after flipping over the bars. Like I said, it’s racing and anything can happen, so congrats to MotoConcepts’ Gavin Faith for snagging fourth after this incident.

After the race, there were many hard feelings sent in Wharton’s direction. If I were him, I would be very glad there are two East weekends off, because I don’t enjoy having motorcycles crammed up my kiester. But in my opinion, it wasn’t a dirty move by Wharton. Aggressive?  Yes. Unfortunate? Absolutely. At the end of the day, these guys are battling for the real goal, being on the podium. One of them was going to stand up there and achieve that, and the other was going home disappointed, with three weeks to until Vegas to try again. I just think moves like this are almost to be expected when the rubber meets the road. I feel Bowers would have done the same if the roles were reversed and he may do just that come May 4.