Rain the night before and morning mist had made the first few sections quite muddy. This proved to be no challenge for Mullins and his KTM 350 XC-F. He crushed the first test section taking the win by 37 seconds. He continued to stretch his lead in the remaining tests, taking the win in all sections. At the conclusion of the race he won by a margin of over two and a half minutes ahead of Husaberg’s Russell Bobbitt.

“I have never won all six special tests before,” remarked Mullins. “It feels pretty cool to do that. I felt really good today and had no issues. My bike was flawless. My team did a great job with my bike and I am grateful I was able to do my end and get the win.”

Now four rounds into the series, Mullins leads the championship standings by 11 points. 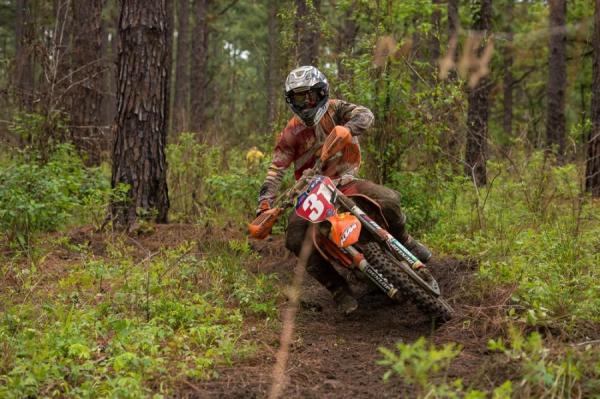