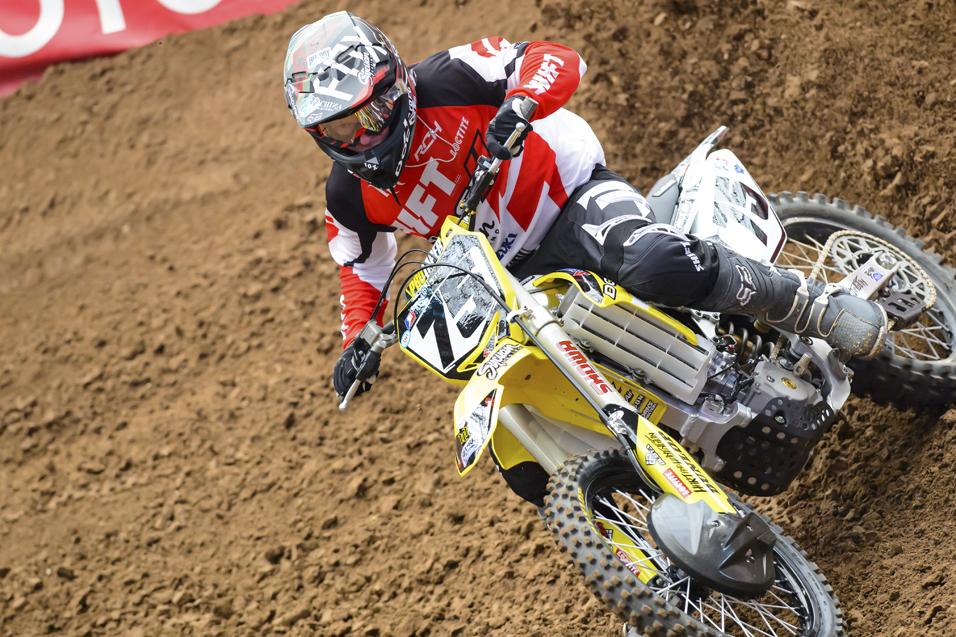 One Way or Another
While Davi Millsaps has tried to put an end to the expansion of Ryan Villopoto's lead in the series, Ryan Dungey has been quietly sneaking up behind him in the points and now sits just four points back in third. No matter what happens, Millsaps is going to gain or lose points on one or both of the Ryans this weekend. Which direction will he go? – Aaron Hansel

Penultimate Round
After Minneapolis, the Eastern Regional 250SX series goes on break for two weekends before the finale in Las Vegas. The championship has come down to Wil Hahn and Marvin Musquin. Hahn holds an eight-point lead over Musquin, and that is anything but safe, especially with Blake Wharton now seemingly hitting his stride. A strong performance from Hahn this weekend can all but put the nail in Musquin's coffin, while a win for Musquin will greatly improve his chance of winning his first championship in America. Who will get the better of each other in Minneapolis? – Aaron Hansel

Homecoming Races
Minneapolis is the home race for Red Bull KTM star Ryan Dungey and everyone wants to do well in front of friends and family. The rivalry of the home race goes back years between RV and The Dunge, as they often stole each other's thunder. Dungey, for example, has had great success at Villopoto’s home National at Washougal. With Minneapolis and Seattle next up on the schedule, who will represent for their hometown? –  Jason Thomas 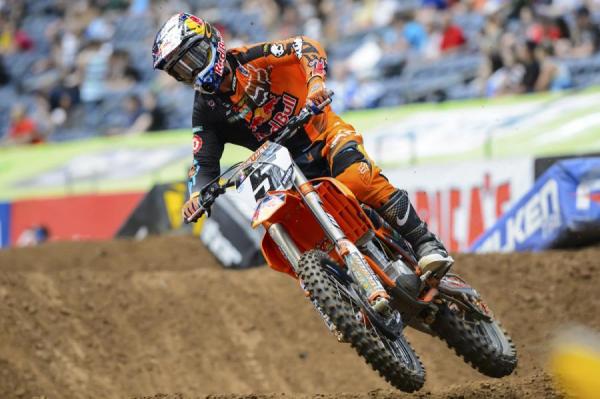 Lone Ranger
Tyler Bowers is Mitch Payton's only hope for the 250SX East Region right now. Coming off a career best fourth place in his first SX of 2013, can he find the little boost he needs to be on the box in Minneapolis? He was just a smidge off the pace of the top three in Houston but if things go his way, look for the three-time AMSOIL Arenacross Champion to be sipping a Monster and cashing a bonus check. – Jason Thomas

Rough Riders
With the much talked about Short/Tickle incident and also the Weimer/Goerke crash, all parties will be watching closely to see how Minneapolis plays out. With passing being difficult lately, aggressive moves are prominent throughout the pack. Hopefully everyone keeps their heads this weekend and it blows over, but if it erupts, everybody should buckle up. – Jason Thomas

Trey's Back
After a tumultuous second half of the season, Trey Canard returned to form in Houston with a solid third place finish. He had missed the previous round in Toronto with a concussion and coming into Houston, was a question mark after struggling in previous weeks. Maybe the time off did him good as he came out firing in Texas. Will he use that confidence and momentum to mount a late season charge?  – Jason Thomas 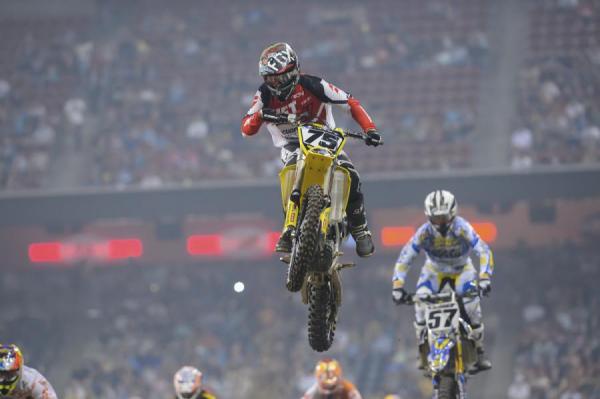 High on the Hill
After a few really tough years, Josh Hill found himself back inside the top ten all day in Houston, from qualifying practice through the main event. While not where he once was, it was still a huge sign of improvement for the Dodge/Sycuan RCH Suzuki rider. With the monkey off his back, can he roll that result into more top ten finishes? Keep in mind the last winner of a Minneapolis SX was none other than Josh Hill himself in 2008.  – Jason Thomas

Green Troubles
Since returning from a rib injury in Dallas, Monster Energy Kawasaki's Jake Weimer has been mired in a late-season slump. Weimer has just three top tens in six races, and hasn't sniffed the top five since his return. Weimer captured two top fives in the first three rounds. Can he return to form? - Chase Stallo 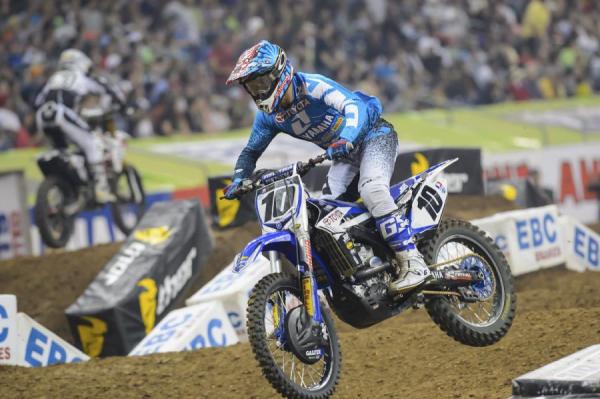 Justin Brayton found his form again in Houston. Will he continue his march towards a top five this weekend in Minneapolis?
Simon Cudby photo

Call it a Comeback
The good news for Weimer is that slumps can end, as evidenced by JGR Toyota Yamaha's Justin Brayton, who turned things around in Houston with a sixth. Before that, Brayton had a three race top-ten drought, but before that, he looked capable of getting into the top five (and he actually did so in Dallas). Can Brayton continue to move forward this weekend? - Chase Stallo

Podium Contenders...
Motoconcepts Gavin Faith, and privateer Cole Thompson, each achieved career-highs with fifth and sixth place finishes, respectively, in Houston. With podium contender Jeremy Martin on the mend with a broken wrist, can Faith or Thompson break up the Hahn, Musquin, Wharton stranglehold on the 250SX podium in Minneapolis? - Chase Stallo