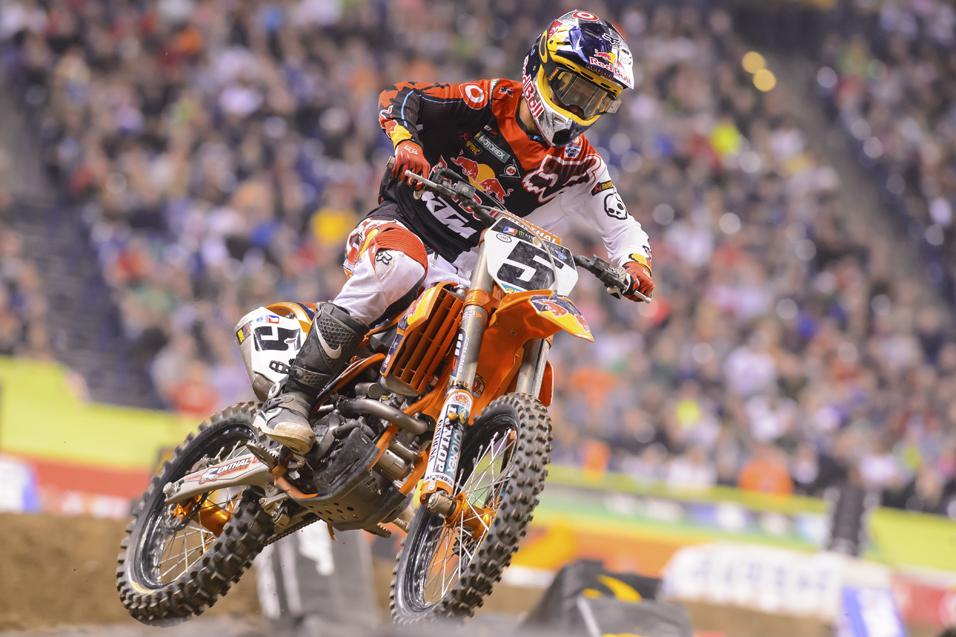 Advertisement | Advertise with Us
Reliant Stadium Houston, TX Houston Monster Energy AMA Supercross Championship
King of the Arenas
After wrapping up his third straight title in AMSOIL Arenacross, Tyler Bowers' vacation ends early, as the AX champ will join Monster Energy/Pro Circuit Kawasaki as a fill-in rider for the Eastern Regional 250SX series (Justin Hill and Dean Wilson are out with injuries). Bowers has been racing all year, so he won't be rusty, nor is his fitness in question. He’s been decent, but not outstanding, in previous supercross performances. But will the boost from team PC push him further toward the front? - Aaron Hansel

Jekyll and Hyde
James Stewart has been unpredictable in 2013 to say the least. Whether he is circulating around at the bottom of the top ten like Daytona, or controlling the entire race ala Atlanta, no one has really known what to expect from the two-time champ. Toronto was a ho-hum main event for Stewart after a blistering heat race performance. Which James will show up in Houston? - Jason Thomas 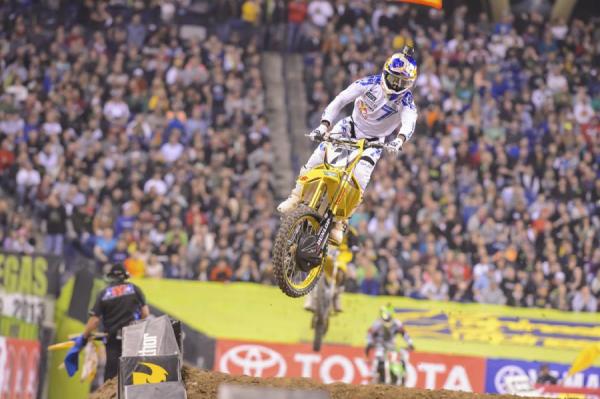 Will Stewart return to form in Houston?
Simon Cudby photo

Another Martin Debut
Jeremy Martin has been good in his rookie SX campaign, but another Martin—this one unrelated—finally gets to take his shot at supercross. JAB Motorsports' Vann Martin broke his wrist in December and is finally ready to go for Houston, which marks a home-state race for the one-time Amateur National Champion at Loretta Lynn's. How will the longtime Honda rider adapt to a green bike, and a whole new form of professional racing? - Jason Weigandt

Must Win for Millsaps
Davi Millsaps has been shockingly consistent and fast this season. Even so, his one time large point lead has been lost to the onslaught of Monster Energy Kawasaki's Ryan Villopoto. For Davi, the time to win is now. He must regain the momentum and cut into that points lead this weekend or be left to hope for a miracle in the last few races. Must win? Maybe not. Must beat RV? Absolutely. - Thomas

JGR Woes
2013 has been a rough year for the likable JGR Yamaha crew. Injuries to riders and then injuries to their replacements has been their curse and their lone soldier Justin Brayton has been in a mid-season slump. With a solid program and nothing to lose, can Brayton find that speed that had him in the mix earlier this season and bring a smile to some North Carolina faces? - Thomas 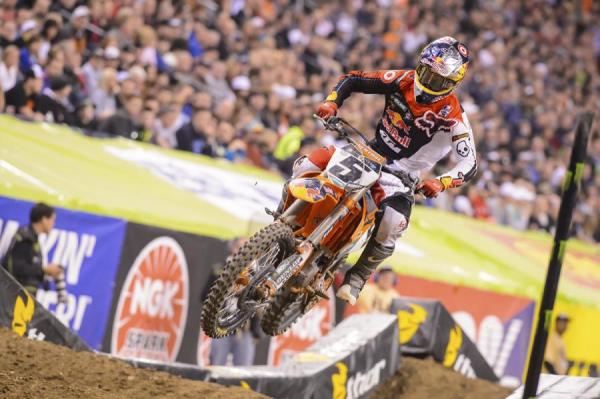 Can Dungey get a much needed win in Houston?
Simon Cudby

Slicing and Dicing
Houston’s dirt has always been some of the best in the series—a stark contrast to its Texas neighbor in Dallas, which is usually hard and slick. The softer, tackier dirt on the east has certainly panned out well for Ryan Villopoto, who carved his way forward in places like St. Louis, Indy and Toronto. But the racing was darned good at those stops, too, because riders can push that much harder, and slice underneath each other in the corners. Will Houston’s soil lend itself to an old-fashioned Texas shootout on Saturday night? - Weigandt

250 Class Hero?
With many of the expected elite 250 East riders still sidelined, the opportunity to make a name for yourself has never been better. A podium finish for a rider is something they will never forget and Kyle Peters has already made good on that chance. He's now out with injury, but can another unlikely hero step to the forefront? - Thomas

Growing Distant
No doubt, Ryan Dungey has been riding better and better at the last few races, but at the same time, he’s fallen farther behind Ryan Villopoto each week in points. In the worst way, The Dunge needs a holeshot-and-checkout win the likes of his Anaheim victory earlier in the season. With a 17-point deficit to RV, Dungey is in danger of falling behind the magic 25-point line if he doesn’t find a way to finish in front of his rival soon. – Weigandt 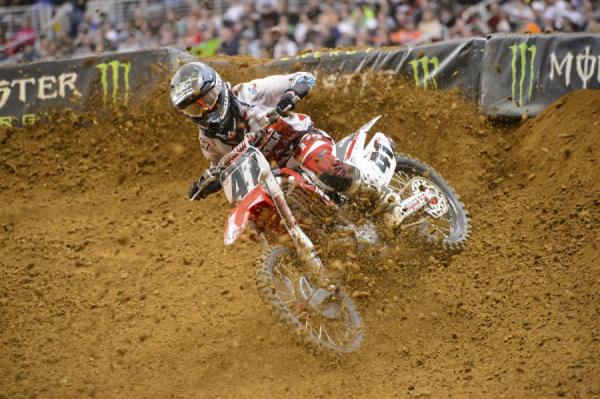 Canard is back after missing Toronto with a concussion.
Simon Cudby photo

Title Fight
With just three races left in the Eastern Regional 250SX series, the Wil Hahn vs Marvin Musquin battle is without question the one to watch when the gate drops in Houston. With a six-point advantage, Hahn's got lead, but with three straight victories, Musquin's got the momentum. Making matters even more interesting is the break we're coming off of. Is the time off just what Hahn needed to get back to his winning ways? Will it have an icy effect on Musquin's red-hot streak? Will it even make a difference? We'll see this weekend in Houston. - Hansel

Trey's Back
Trey Canard's been good this season, but after setting the bar high at the opening round by battling for the win, not topping the podium yet this season has got to be a bit of a disappointment for him. But that could all change this weekend. After an extended break (Canard missed Toronto after sustaining a concussion in a nasty crash in Indianapolis), Canard will be back on the gate in Houston, the site of his first 450SX victory two years ago. Can his positive history inside Reliant Stadium help him bounce back and earn his first win of the season? - Hansel