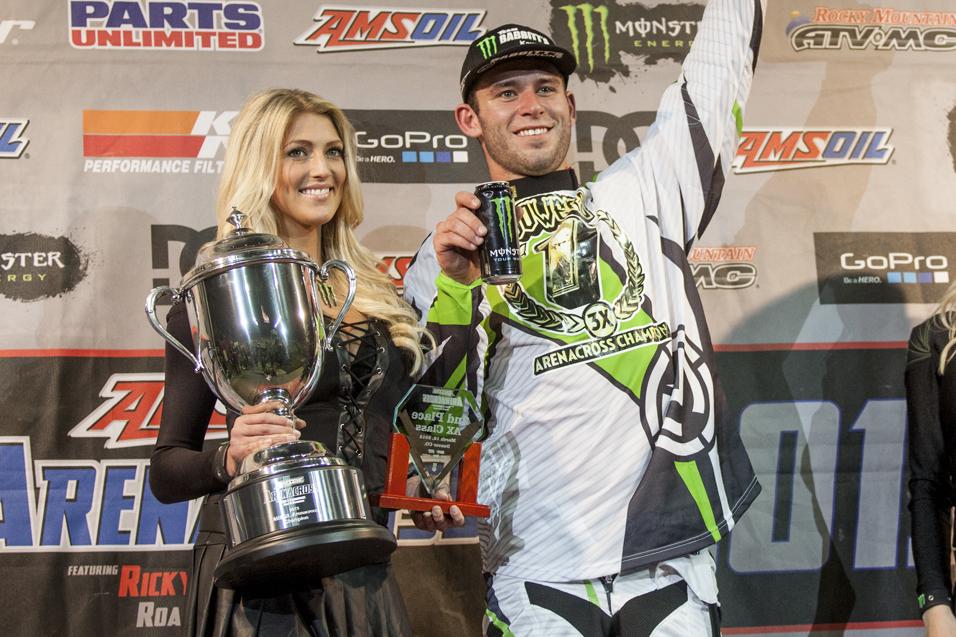 Tyler Bowers to Pro Circuit? Well this one was a bit of a surprise as he told us here at Racer X (HERE) that he wasn’t planning on doing any supercross. After breaking his collarbone in Arenacross, he needed to heal up a bit. He reiterated that point to me on the Pulpmx Show the following Monday. But I suppose when Mitch Payton comes-a-calling, things can change.

Bowers is an interesting case. He’s never really fulfilled what some people feel is his potential in supercross but he’s found a nice home on the junior circuit of Arenacross. He stepped in as a fill-in for the H&H guys last year and it didn’t go that well for the man-child and so, the jury is out on this. Oh, and by the way, he’s HUGE for a 250F but he is on a Pro Circuit 250F, so it will have some power.

We’ll see how Bowers can do, there’s no doubting he’s at the peak of his powers right now, he’s on a great team, he’s got a great bike and there’s no pressure on him. And when he’s done with racing, and sitting in his rocking chair on the porch, he can tell his grandkids how he once rode for the mighty Pro Circuit team. I’m very interested to see how this goes.

If you watched Tyler Bowers rip it up against older (but smaller) kids at Loretta’s, he seemed destined for greatness. He finished fifth in his pro supercross debut in the Georgia Dome in 2008. It was a great ride for a rookie, but it was overshadowed since another rookie, Trey Canard, won the race (and, for that matter, another rookie, Austin Stroupe, had already taken a victory out West before the Atlanta race began, and Ryan Dungey won the East opener the previous year as a rookie).

Bowers was backed by Yamaha of Troy at the time, a team still capable of winning races and titles. But it never worked out between the two, and he was off the team at the end of the year. He bounced through privateer status and then into Arenacross. Five years later, that fifth place finish in his pro debut is still Tyler’s career SX best. But watch Bowers ride—from those amateur days, through today’s dominance in AMSOIL Arenacross—and he seems capable of so much more.

The last two years, he’s come into supercross after his Arenacross campaigns and has ridden good but not great. But there is still something special to a PC ride.  The team has had a ton of success with riders cast aside by others that suddenly surged with Mitch Payton’s touch. Such magic hasn’t come lately, but they need it more than ever, this year.

I’m in charge of putting our weekly injury report together, so that means weekly check ins with Pro Circuit since Blake Baggett broke his wrist at round one. Actually, if you count Darryn Durham’s injuries, you could say I’ve been following it before the season even started. Anyway, out of their entire six-man squad, Pro Circuit only has two riders that aren’t injured right now (Tyla Rattray and Martin Davalos), neither of whom is eligible to contest the Eastern Regional 250SX series.

When I heard rumors of Tyler Bowers, it made sense. Yesterday (just hours before the press release broke) I shot him a text asking him to confirm it. What followed was hilarious exchange, as Bowers had a bit of fun at my expense. Want to see what it’s like to unlock a story? Here’s a condensed version of how it went:

Me: Tyler, Aaron with Racer X here. I’m working on an assignment about Pro Circuit fill-in possibilities. Have you been in contact with them? If so, will you be putting in any races with them?

Bowers: Man that would be awesome wouldn’t it? They should give me a call so I can cut my little vacation short!

Me: Okay, thanks for helping me kill that rumor, and congrats on another AX championship.

Me (following up after learning that Bowers was indeed riding for PC): Wait a minute, I’m hearing it’s confirmed…

Bowers: Confirmed for what?

Me: With Pro Circuit man!

Me: So you’re riding the East with them?

Bowers: Who confirmed that? You’re talking in circles for real. Maybe I’ve had too many head injuries.

Me: My boss just told me it was confirmed.

Bowers: I think he’s out of his mind.

Me: I can’t tell my boss that.

Bowers: I will tell him, haha. Check your sources, bros.

Me: Ok you’re a tough nut to crack. If you can talk about this at all, let me know?

Bowers: Sorry I couldn’t help, I hope this all gets sorted. I heard Decotis. Have you checked with him?

Bowers. That’s crazy. All these rumors man, must be a headache.

Me: It’s not a huge headache for me. Well, it is tough trying to get to the bottom of stuff sometimes, but I’d think it’d be a headache for you guys having to answer and sidestep questions from media dorks like me all the time.

Me: I’ve been trying to go through their PR department. I imagine Mitch isn’t too happy right now…

Bowers: He’s ok, just tell him you have a six-pack of Coors Light and want to hang.

Me: I’m just going to throw this text conversation up on the web. That’s my article. Stamp it.

Bowers: Hahaha, you should, that’d be awesome.