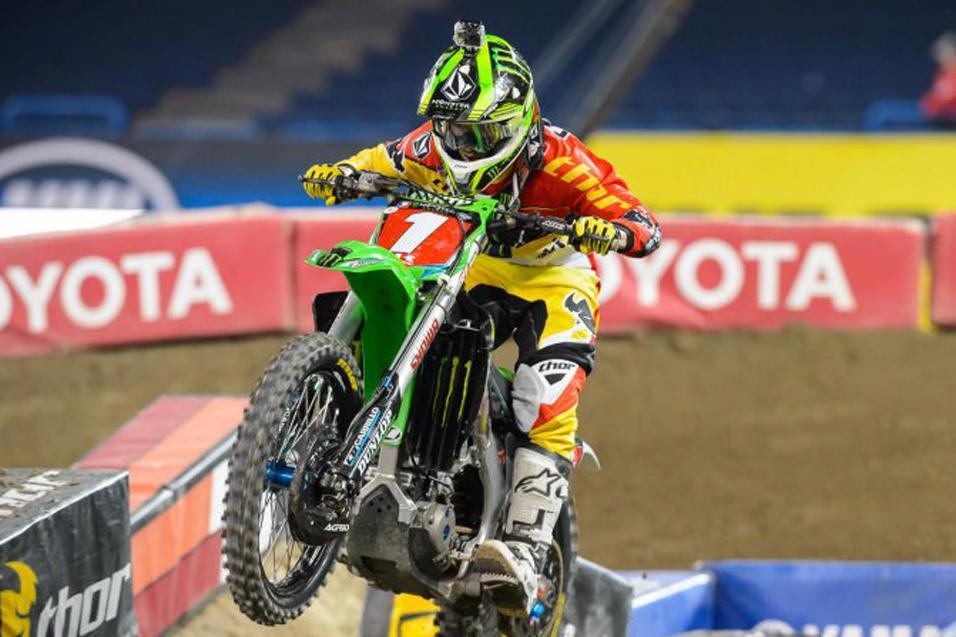 Round 12 of Monster Energy Supercross is underway here in the Roger Centre in Toronto, Ontario, Canada. The soil is loose on top, but hard underneath, which means the berms are getting pushed out and changing constantly. The first set of whoops have been the talk of the day. They are big, and have begun to separate as the day has worn on. Chatter in the paddock was, that while challenging, riders think they will break down and begin to separate before tonight. One thing is for certain, though, the whoops will play a major role tonight.

Points leader Wil Hahn (GEICO Honda) has brought his A game with him to Toronto. He was the first 250 rider to go triple, triple after the whoops and then table on in the following section. As the second practice went on a lot of guys were hitting the triple-triple section but unable to table on. These two sections could be a major separator for the 250 guys tonight. 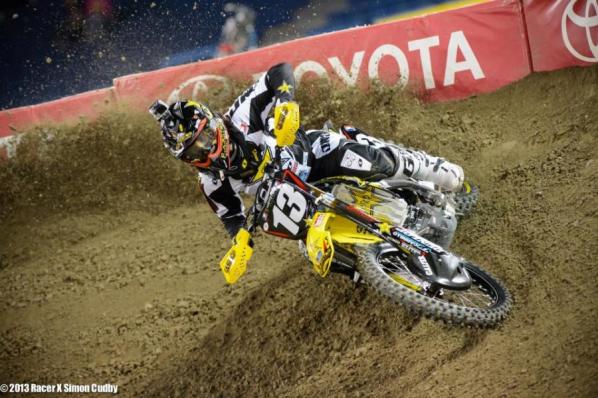 Two-time defending SX champion Ryan Villopoto (Monster Energy Kawasaki) continued his torrid pace that he’s shown over the last five rounds in practice—setting the fastest time of the day. James Stewart (Yoshimura Suzuki) was flowing in practice as well, blowing out berms, and blitzing a tough whoop section. Stewart was one of few riders that were taking the left side of the whoops, which he made seem faster, while other guys that took the same line struggled. Justin Barcia (Honda Muscle Milk), who held the fastest time for a moment, was third with Ryan Dungey (Red Bull KTM), Davi Millsaps (Rockstar Energy Racing), Justin Brayton (JGR Yamaha), Chad Reed (TwoTwo Motorsports), Broc Tickle (RCH Suzuki), Matt Goerke (BTOSports KTM), and Jimmy Albertson (HRT Honda) rounding out the top 10.

Coverage of tonight’s action can be seen live on Speed beginning at 7:30 p.m. Eastern. 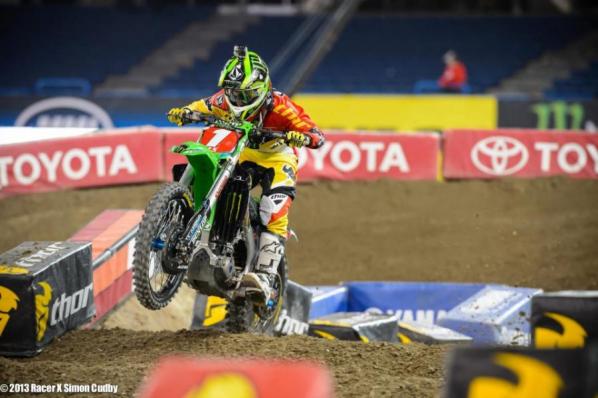