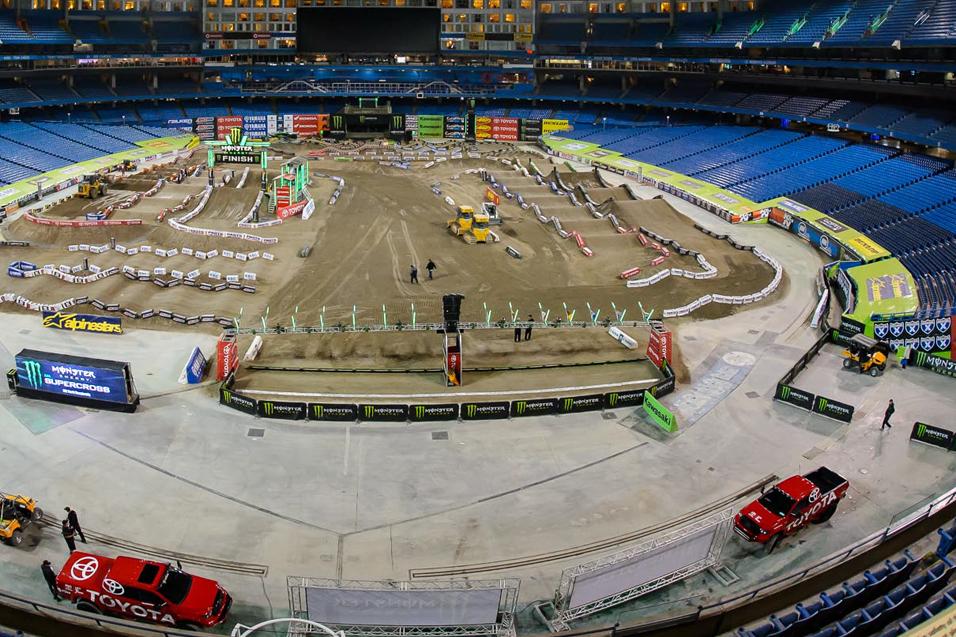 Monster Energy Supercross has left the confines of the United States for the first time all season, embarking on the Great White North for round 12 in Toronto, Canada. The track is shaping up nicely, and features a very long start straight followed by a tricky rhythm section, a huge bowl turn, then an enormous set of whoops that will likely cause trouble all night. 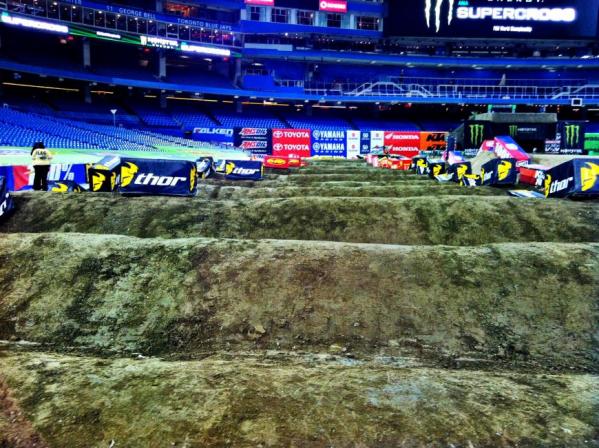 Practice is about to get underway, so be sure to tune to Supercrossonline.com for live coverage. Coverage of round 12 is live tonight on Speed beginning at 7:30p.m. Eastern.