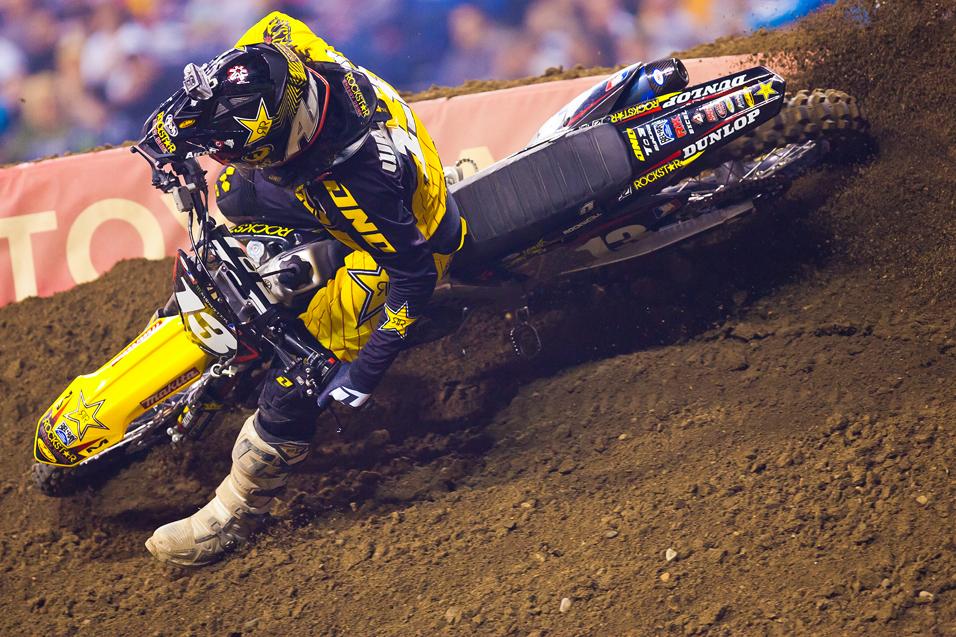 The Moment Wharton Throws One Away

A collective gasp passed through a brimming Lucas Oil Stadium Saturday night as Blake Wharton was left picking up the pieces of a lost season. Six turns were all that separated the Rockstar Energy Racing-mounted rider from his first win of 2013. The charismatic five-year 250SX veteran had preached about consistency prior to the season. And for all intents and purposes, Wharton had succeeded, with two podiums in four rounds and four top-fives. With a return to the site of one of his two career wins, the chips were beginning to stack in his favor.

Wharton’s smooth, relaxed style was a perfect fit for the very technical Indianapolis layout—one that broke the will of many throughout the night. As Wharton marched toward his first win of 2013, title contenders Wil Hahn and Marvin Musquin were just trying to trudge through the field after getting stuck on Tuff Blox in the first turn—while Dean Wilson was in the hospital, reeling from a crash earlier in the night. Hahn and Musquin eventually funneled their way into podium positions, and Wharton was primed to pull within nine points of series leader Hahn. But all those chips Wharton had stacked in his corner came crashing down in the whoops. Now Wharton is in a 24-point hole with only four races remaining. 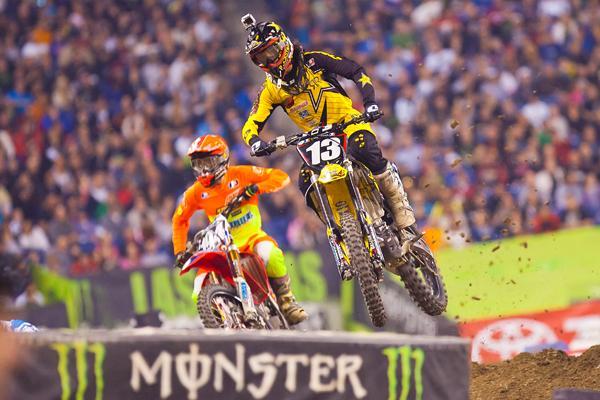 Salt was thrown into the open wound when, after the race, the AMA readjusted his position from fifth to ninth. The explanation on the matter is pretty clear: When Wharton remounted and cut a section of the track, he had actually re-passed four riders who had previously passed him while he was down.

Wharton has stayed pretty even-keeled throughout the series, not getting too high or too low, but this heartbreaking moment will be a test of his mental toughness. While he may be out of championship contention, pride is still on the line. Can he avenge it all and battle for the win again?