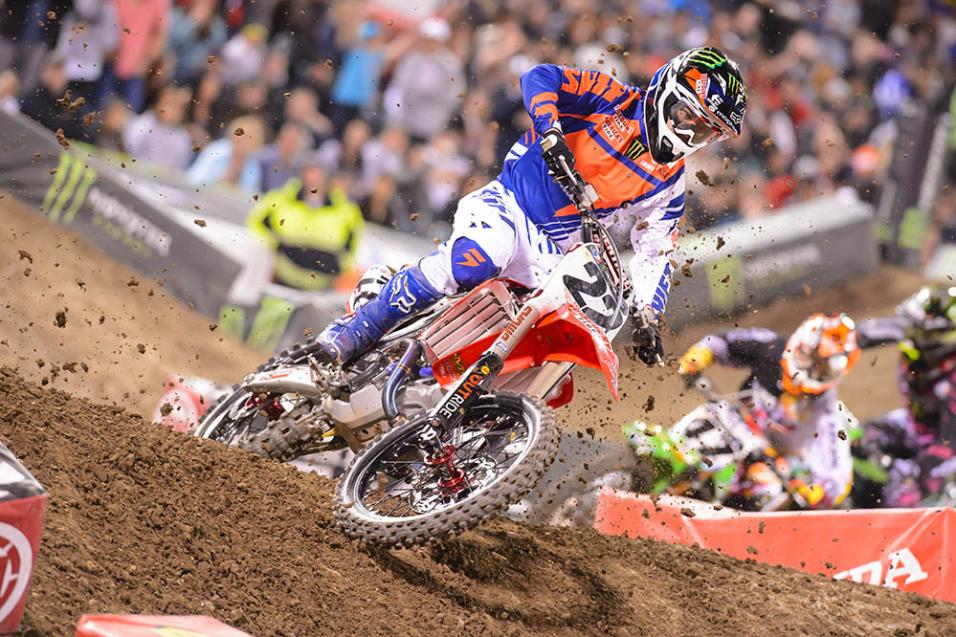 As the all-time main event winner in San Diego, Chad Reed certainly carries a special mojo when Monster Energy Supercross comes to Qualcomm Stadium. When we talked to Reed about it pre-season,he made it clear that the place holds some magic.

“Obviously San Diego, I probably have the best memories from it, and the fact that I'm the winningest rider there means a lot,” said the TwoTwo Motorsports Honda rider when asked about the race. “I believe every time I've been there but once, as a full-time rider in the big class, I don't believe I've missed the podium. I just go there, and for some reason, the atmosphere, the dirt, the stadium, it has a special feel to me. It was my first ever race in the U.S. when I tried one in 1999. Now it's grown into kind of like my home event. I also like that it's the first football stadium we race in each year after all the baseball stadiums, and I've always preferred the layout of the football stadiums. They started using new dirt there a few years ago, and it's actually more like Anaheim dirt now. It's harder, where it used to be a little softer and rut up more. For me it's really just about the vibe--if you go to a race you're dreading, it seems like it never starts off good, where when you go to a stadium that has worked for you in the past, everything feels good all day.”

In addition, Reed seemed to have his season heading in the right direction. A week ago, a crash on lap one cost Reed any chance of a win, but when we found him after the race, he was happy with his bike and his riding—-much happier than at the previous races. Reed explained that they had tried something quite radical with the bike last week, and it worked. He was encouraged with the progress, and the fact that he was heading to San Diego seemed like perfect timing.

We’ll see. Speaking of timing, in today’s practice sessions, Reed wasn’t near the front, rarely putting that #22 into the top five. He ended up ninth overall. While Reed is the first rider to say that practice times mean little, he surely can’t be thrilled to be 1.2 seconds off of the fastest qualifying time, logged by Ryan Villopoto.

Which brings us back to where we started. Reed says that nowadays, it’s not the dirt that makes San Diego special for him. It’s the general feeling and the good vibes. Can those good feelings rescue him tonight? 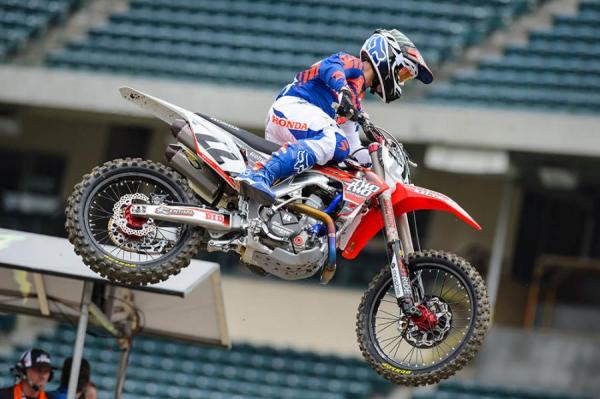 Reed never usually lights up practice...we'll see if he turns it around tonight.
Cudby photo