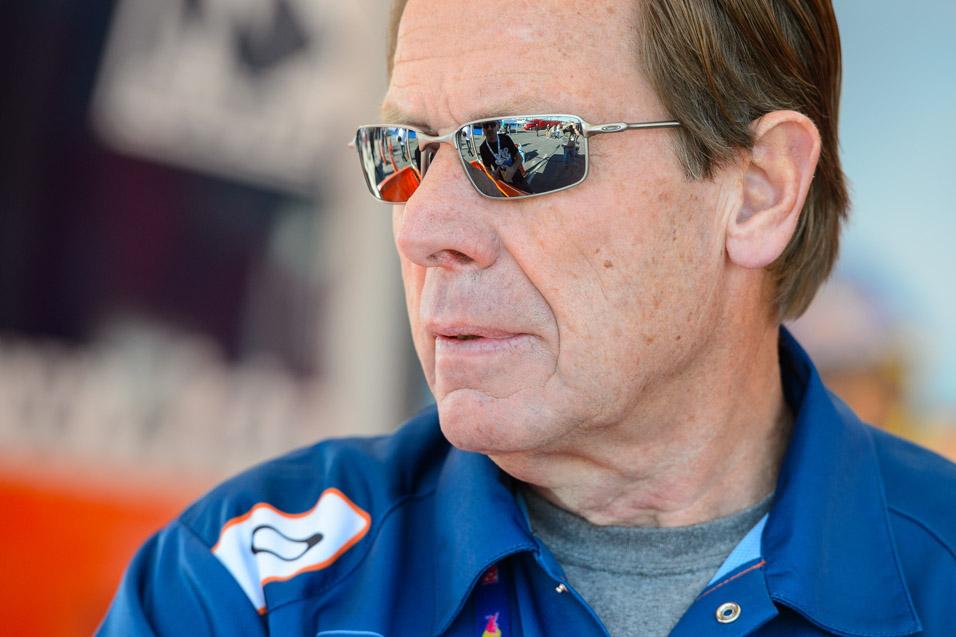 The Moment The Nervous Man

Those are the words of a man who has seen it and done it all, and should be impervious to such nerves. They’re the words of Red Bull KTM Team Manager Roger DeCoster when I asked him what was running through his mind during Saturday night’s Last Chance Qualifier. The normally unflappable DeCoster had been….can we say, flapped?

Probably didn’t help that this year’s 450 SX campaign with Ryan Dungey has already been a little rough, with multiple LCQ appearances, bad starts and general struggles. In fact, 2013 has actually looked more like what most expected to see in 2012, when the RDs and company were trying to dial in an all-new bike. But last year, they podiumed round one, won the second race of the season and immediately took over the points lead. This year? Obstacles keep getting stacked in front of them.

That happened most literally in the LCQ on Saturday night, when a second turn pileup left a bunch of bikes directly in Dungey’s path. He hit the pile and went down, the absolute worst-case scenario in a six-lap race. 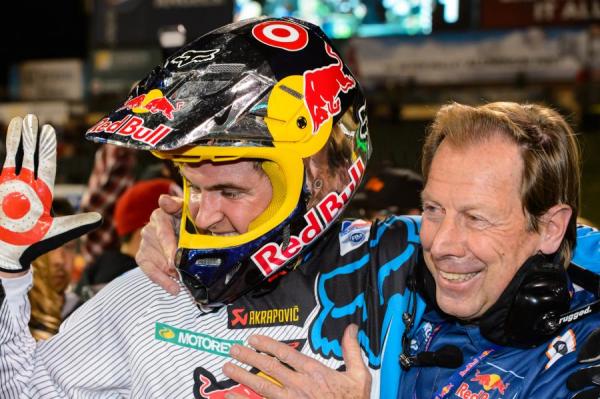 DeCoster and Dungey go from disaster to contender on one of their wildest nights ever.
Simon Cudby photo

“Once the race starts, it’s out of your control,” he said. “All you can do is watch, and I was getting so scared, you know?”

Dungey kept his cool and rode perfect laps, putting himself into third with a lap to go, and then taking advantage of a mistake by Phil Nicoletti to close in, and then make the final pass in the whoops.

Dungey is often criticized for not showing enough emotion, but for certain he was saved by his even-keel demeanor on Saturday. He didn't freak out during the qualifying process, and he even calmly held off Davi Millsaps' pressure early in the main to get away and take the win. But even he couldn't contain the emotion, totally, after the race. When I stopped by his motorhome to get an interview, he was as super pumped as it gets—to me, he was even more pumped than he was at Unadilla last year, when he clinched the AMA 450 National Motocross Championship. And he wasn't the only one.

“It was probably as stressed as I’ve ever been,” says DeCoster of that LCQ. “It felt like we had a championship on the line or something—I was more nervous then even when I was racing, and racing for a championship myself!”