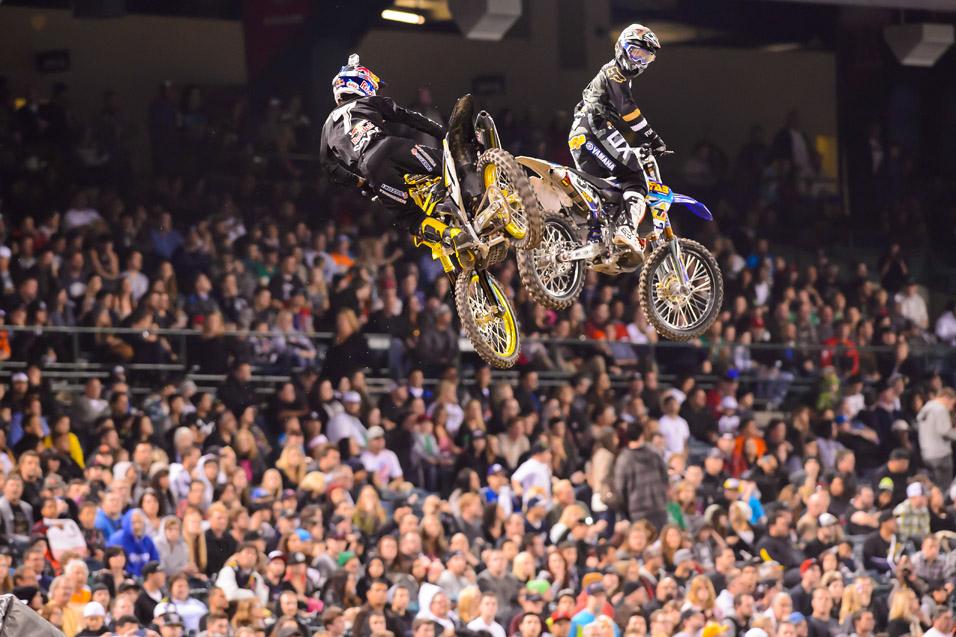 Five races into the 2013 Monster Energy Supercross tour, we've all come to expect the unexpected. Four different 450SX winners in five mains isn't that much of a surprise, but the fact that James Stewart and Chad Reed are not among them—not to mention Trey Canard—is a shocker. We all knew reigning champ Ryan Villopoto would likely be the fastest, but his inconsistency has been surprising to say the least. We've seen three different race winners—Davi Millsaps, Justin Barcia, and Ryan Dungey—qualify through the LCQ (coincidentally, all three finished on the podium on Saturday night at Anaheim). And Rockstar Energy Racing's Millsaps still wearing the red plate going into the last California round is the biggest single surprise of all!

So what's with all the turnover here? Why have we seen so many surprising results in the first hundred laps of racing in 2013? I'm not sure there’s a single answer, other than the fact that when all things appear even—most of the guys are healthy, most of the bikes exceptional, and the tracks more competitive than spectacular—this series is packed with superb talent. 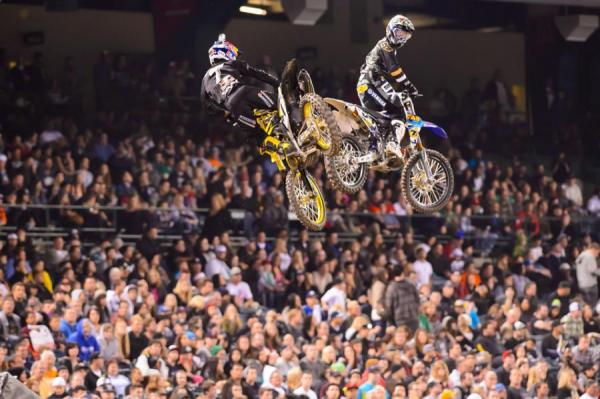 James was able to get out of the Anaheim rounds logging a season-high 4th place position.
Photo: Simon Cudby

It also may have something to do with the pacing at the front. While guys have always pushed it hard to win, it seems like we're seeing full-on sprints now from the drop of the starting gate until the finish. The aggression at the sharp end of the pack leads to some close-quarter racing, and while we haven't seen a lot of rough riding, we have seen some spectacular crashes and momentum-robbing mistakes. If we could have all that, only without injuries, we would have every fan's dream season going on right before our eyes.

The one thing that might have been different is the performance of James Stewart. If you were watching the Yoshimura Suzuki rider back on January 5 in practice, his opening-day speed looked remarkable. He looked very comfortable on the Suzuki, and he did one next-level move, using the small bump before the wall on the straight before the finish line to bounce his #7 bike over the speed-robbing wall without even touching it—that immediately brought the tractors out to erase that option. But then he twisted that knee, tore his ACL, and he's been struggling ever since. His fourth-place effort at A3 was his best of the season, but there's no way in the world a healthy James Stewart misses the podium five straight times. The fact that James is even riding is a testament to his courage and desire to salvage this series and the season. Had he not been injured in practice that first day five weeks ago, we might have a whole different series developing right now.