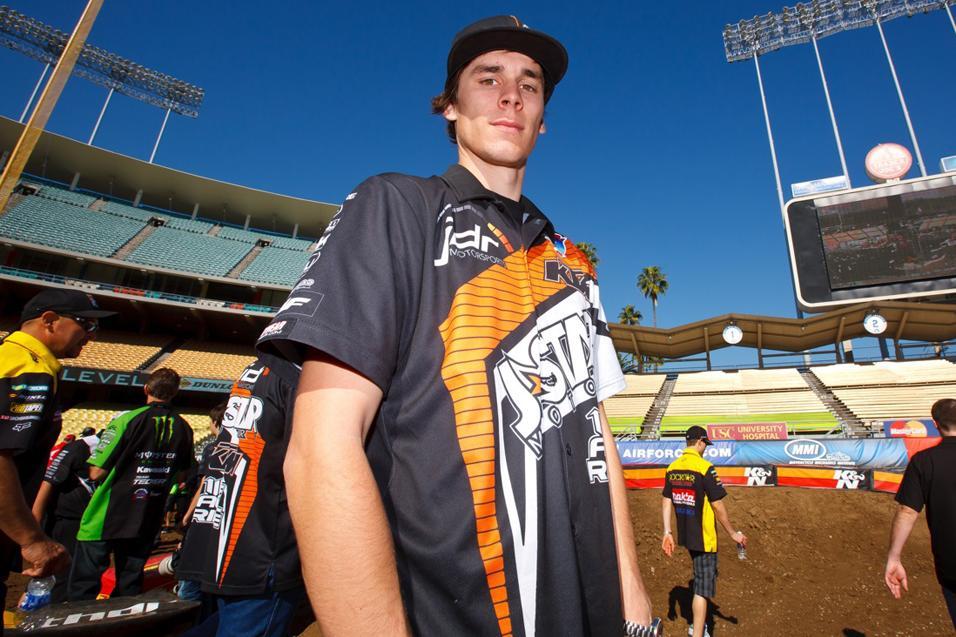 January 31, 2013 4:30pm
by: Nick McCabe
Angel Stadium Anaheim, CA Anaheim III (A3) Monster Energy AMA Supercross Championship
The news came quickly, and without the typical rumors, speculation and gossip. Without a new title sponsor, JDR Motorsports will be closing up shop at the conclusion of the 2013 Monster Energy Supercross season. The announcement caught many by surprise, as the team was both very well respected and well organized within the paddock. But racing is an expensive game. While JDR Motorsports had many strong and loyal industry sponsors, the primary backer of the team was the Rynenberg family. We sat down with Jay Rynenberg to get the scoop on just what was going down with the program he had built -- along with team manager Nate Ramsey and the rest of the dedicated staff -- over the past three years.

Racer X: Hey Jay, what’s going? You guys had some big and unfortunate news last week.
Jay Rynenberg: Yes, for sure. It wasn’t something that was planned or that we saw in the cards -- but I want to make it clear that we are still very actively seeking a sponsor and hope to continue, we just cannot continue with our current funding structure. We have all the pieces in place and are secure for a very good program, and we are hoping to still be able to put something together, with a little luck.

You guys seemed to handle it a bit differently than some of the other teams, as it seems that there was no smoke and mirrors, and certainly no internet rumors ahead of the announcement. I give you guys a lot of credit for that, and for finishing out Supercross season and not leaving riders stuck on the side of the road halfway through the season.
Yeah, that was certainly a consideration. Basically, I got the call from my family, and within 24 hours, we had told everyone associated with the team the situation. In this business, gossip and rumors spread so quickly, especially with news like what we had, and that we just wanted to stay ahead of that as best as possible. I feel terrible about it, but these things can happen, and we are trying to handle it as best as possible. 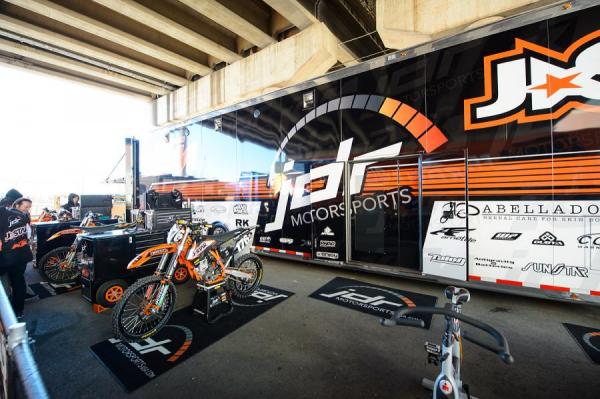 Unless JDR KTM is able to find a title sponsor, the team will be closing its doors after supercross.
Simon Cudby photo

Can you talk a little bit more about why this happened, and what caused it?
Well, it was a complete surprise for me. One day I was sitting there talking with Nate about what riders we wanted to sign for 2014, and talking about strategy going forward, and the next day, I was updating our team Facebook page with the news. It stinks. But as far as the specific reasons, I would rather not go into it, but the group that was the primary financial backer (the Rynenberg family) basically needs to concentrate resources in other areas right now. Racing is not cheap, and it takes a lot of money to keep a program like ours on the road. We basically decided that if we couldn’t continue in the same way we had built the program, that we did not want to continue.

That’s understandable. What did you tell the riders? Both Joey [Savatgy] and Malcolm [Stewart] are having decent seasons.
We told them they should keep all options open and that we fully understand what they need to do for their own careers. Joey has been a pleasant surprise for us this season and I think both guys will be able to land somewhere good for outdoors and next season.

I noticed that you guys just put a message out on your Facebook page, but did not send out a Press Release. Why was that?
Well, it was more about controlling the message. We wanted to put something out, but a press releases would have been perhaps a bit too formal, and would have hurt us in our continued search. It was more like, “Look, here is the deal, this is what is happening.” And if people wanted to read it, then they could.

This has been a tough season for teams – we have had several high profile operations fold up shop over the last few months, including Grant Langston’s team, Jeff Ward’s, Jeremy McGraths’s and now yours. But meanwhile, some of the other teams, like RCH with Dodge and Sycuan, seem to be doing very well when it comes to sponsors. Were you guys planning on staying self funded all along, or were you looking for sponsors?
Oh, from day one we were knocking on the door for sponsors. We have a dedicated marketing agency that was handling our proposals, and that was also one of the things that Nate and I were constantly working on. Over the three years I would estimate that we probably knocked on over a thousand doors. Basically, anyone and everyone was on the hunt for a lead or a connection at a possible industry or outside the industry sponsor. But you know, guys like Carey Hart, they are really well connected, and sometimes it can be easier when you have already good connections to talk about sponsors and get inside a big corporate company like Dodge. But for sure we were trying, and trying very, very hard. We just ran out of time. I should note that we have really strong support from our existing industry sponsors, and we are very grateful for them. 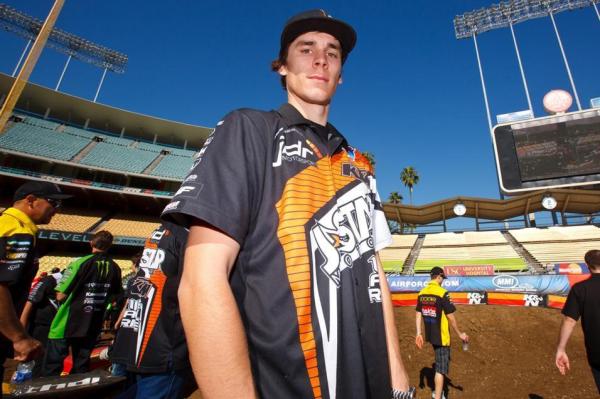 That’s actually not a ton of money when you are talking sponsorship, marketing budgets and big rigs.
That’s what we would like to think as well.

How many people are involved in your program, and how did everyone on the team handle the news?
We have just about ten guys – our truck driver, Nate, mechanics, our motor guy, a suspension guy, and they were obviously bummed. But we just sat everyone down and said, “Here is the deal.” We made it clear we would finish the season and were going to complete and fulfill our obligations to them. One thing I have to note – I am really, really proud of our team. As a team owner and manager, you always hear about a lot of infighting and drama on some of the teams. I am really proud to say all of our guys get along very well, and we really have escaped some of the negativity that can come along on teams, and with all the pressure and stress associated with racing. We hired good guys, and it has paid off so far, for sure.

What about you? What is next for you?
Well, for one thing, this isn’t over yet! But honestly, I have no idea. I still have a lot of work to do with this program, and we are not just throwing in the towel.

Well Jay, I know it’s a tough deal, but it sounds like you guys are coping the best you can. Good luck, and hopefully your guys can get some solid finishes this season, and that will help land you some good funding.
Thanks. We are still out there looking, and making sure we finish supercross as strong as possible.