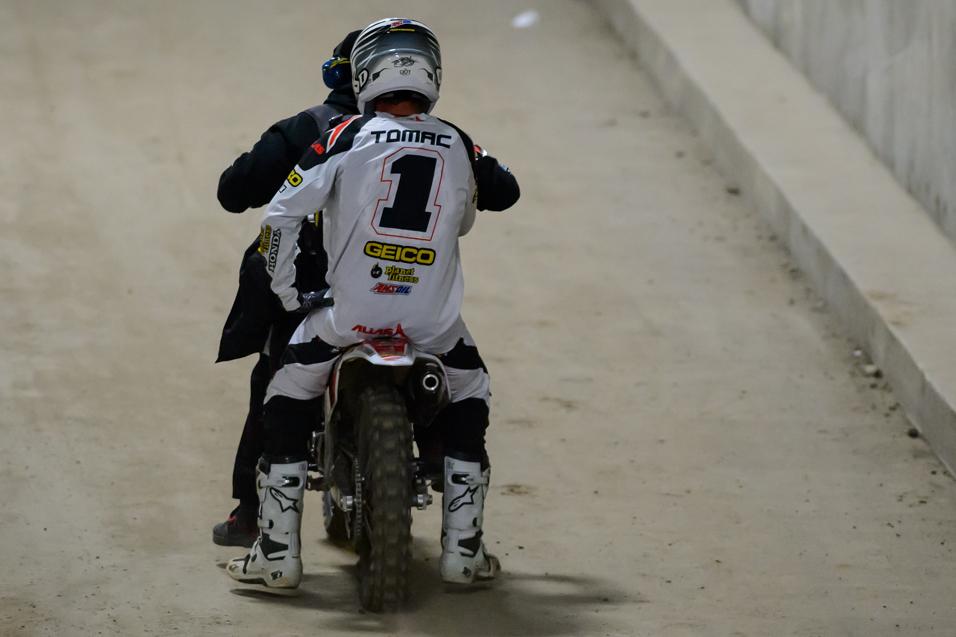 250 Words Tomac on the Hunt

On Saturday night GEICO Honda's Eli Tomac made a mistake that might just cost him the West Region 250 Supercross title. After winning three straight races and seemingly in complete control of the championship, Tomac got off to a rough start in Oakland and then cartwheeled hard through the whoops, knocking himself out of not only the race but the points lead as well. His 20th place finish shook up the standings in ways few might have expected, given his dominance. As he said in press-speak afterwards, "The only thing now is that I'm the hunter instead of the hunted. It's fine; there's a ways to go."

If this all seems strangely familiar, it should—this is the exactly what happened to Tomac last year. He was rolling with a three-race winning streak going into San Diego when a massive crash in the whoops dropped him completely out of that race too. It caused a 23-point swing in the standings, handing the lead over to Monster Energy/Kawasaki's Dean Wilson. This time it's Red Bull KTM's Ken Roczen who now leads the way, as the German import showed once again how comfortable and confident he is becoming inside these big stadiums. 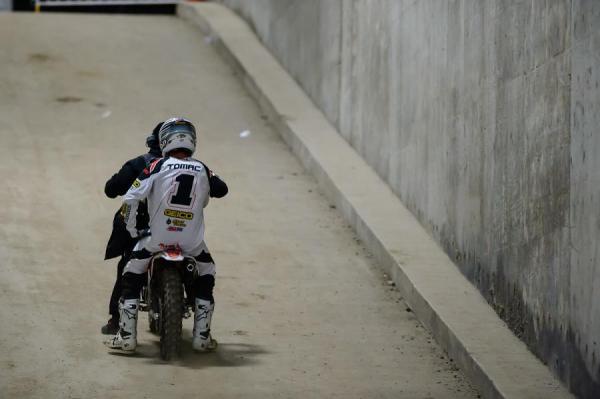 Eli Tomac is now 15 points back of leader Ken Roczen after a DNF in Oakland.
Simon Cudby photo

Tomac now sits 15 points back of Roczen, with Lucas Oil/Troy Lee Designs Honda's Cole Seely in between them. The good news is that he has more time to make up from this mid-season catastrophe than he did last year—we're not even at the halfway point of the West Region. The bad news is he was only two points back of the wounded Wilson last year. He's much further back now, and Roczen is both healthy and obviously very determined to earn his first U.S. title.

So now Tomac is the hunter, as he himself said, and he once again gets a chance to prove his mettle. Fair enough—he's got the speed, the bike and the talent. But this superbly fit and well-rounded racer also has what appears to be an Achilles heel: the whoops. It will be worth watching this weekend at Anaheim and beyond to see if Eli changes up his approach to the washboards that have now jeopardized his title hopes two years in a row.