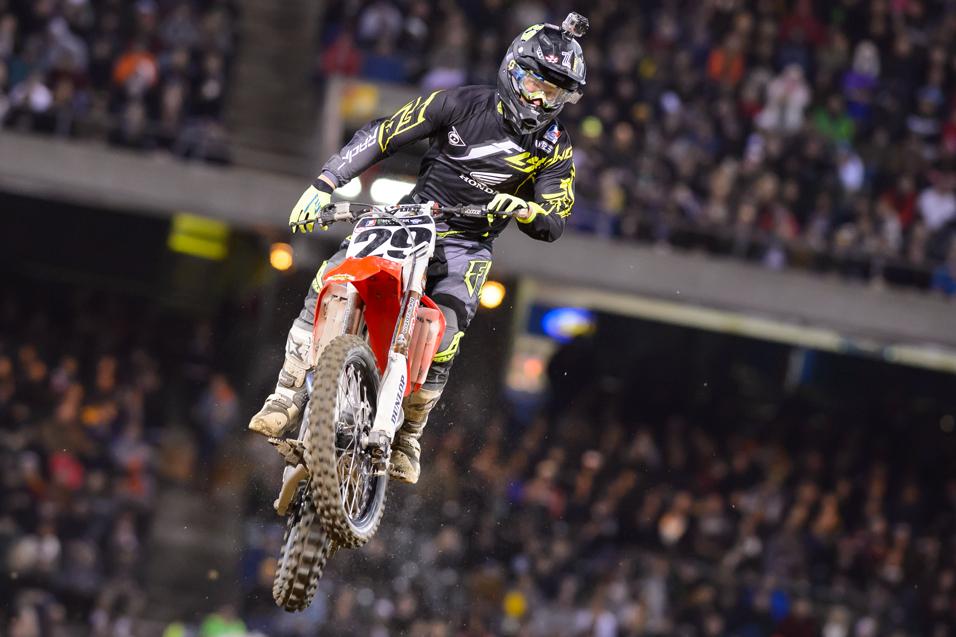 January 28, 2013 4:30pm
by: Steve Matthes
O.co Coliseum Oakland, CA Oakland Monster Energy AMA Supercross Championship
Sometimes it takes things being upside down, discombobulated and sideways for things to be straight and clear. In the case of Andrew Short, it’s been a rough go of it here lately. The former factory Honda and KTM rider has, until very recently, found himself on the Larry Brooks/Jeremy McGrath Chaparral team on a factory Honda but the team hasn’t had the funding to fully support its racing effort for the last year or so—heck, almost from the very beginning it’s been touch and go. A couple of weeks ago on track walk I asked how he’s been and Short made mention that he hasn’t been sleeping well and after I laughed, he said, “No, seriously. I haven’t been sleeping.”

Despite having a career highlight for himself in winning Seattle Supercross last year, Short’s been on the, pardon the pun, short end of the stick in terms of support and resources in the last year. But he’s been slogging through—hoping against hope, really—that the team finds the rest of the funding it needs to support a rider of his caliber.

But finally the hangman cometh for everyone on the team with the announcement last week that L&Mc has closed its doors, leaving a lot of very capable guys out of work and a rider out of a team. As well, say goodbye to that factory Honda that Short had as it was leased to the L&Mc team, and since that team is no more, Honda wanted it back. Short became a man without a home, but luckily for him, the writing was on the wall and there had been alternate plans being made the last few weeks. For Oakland, Short showed up on a production Honda with the Mike Kranyak Racing Team that had been helping Josh Hansen on a Kawasaki. Hanny was out with what we were told was an illness and Short was in. Details were sketchy from team manager Paul Delaurier and Short himself but it seems that this is what it is going to be for the next few weeks at least. 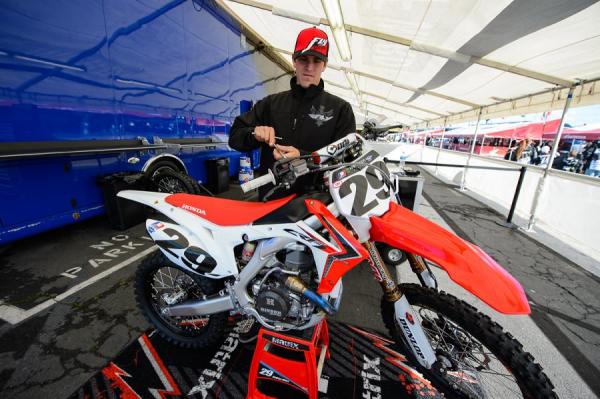 Racing a new bike (Said Short when asked to compare his Oakland bike with his previous ride: “It’s got a red front fender and that’s about it for the similarities.”) and new team, Short rode a very strong race to pass Matt Georke on the last lap for sixth. It tied Andrew’s best result of the year and a real eye opener in terms of how mentally strong Short has become.

“I’ve been through some challenging times. It was one of the craziest weeks of my life,” he explained. Then, of course, he added his trademark Andrew Short smile and positive spin. “I know I have to be appreciative of what I’ve been given and blessed with because nobody’s dying or sick or anything. But I care a lot about the racing and I have a lot of passion for it. My primary goal this weekend was to focus on just getting here to the race and putting all my energy to going forward and it’s been tough. I’m way happier to be here today than at home.”

You could see that Short struggled a bit out there with a Honda CRF450 that had new suspension components (the KYB production all-air fork as opposed to a Showa works fork). Otherwise, the bike had a high compression piston, a clutch basket, an FMF exhaust, some clamps, a linkage and that's about it. It was a huge change, and Short, who has been referred to as nearly OCD by many, change doesn’t always go over well. He qualified only twentieth fastest—a strange sight indeed. The odds were against the #29 to do much of anything with not much time on a strange bike on a new team.

How little time did he have on the bike? “I got to spend a little bit of time on it (the new bike) Thursday night, as the sun was going down. The bike basically got built on Thursday. I rode it hardly any. It’s a stock motor with a Hinson clutch basket in it. There’s not much too it. Some people helped us out with suspension, which I’m very grateful for. It was completely different than any other bike I’ve ridden in the last six or seven years. So it was a learning curve and I didn’t feel comfortable on it all day and never really did.”

Short is one of those guys that needs everything to be perfect and lined up. Everything has a place and an order and that’s all there is to it. And this, this mess for lack of a better word, had to have thrown him off and he admits that years ago, it might have just done exactly that.

“Three or four years ago I couldn’t handle it. I’d probably buckle,” says Short in a bit of self-reflection. “This has been a great growing experience for me. I feel a lot more well-rounded as a person. And I think when I’m done racing this will benefit me more than it does necessarily right now in this moment. I’ve learned a lot and it puts everything in perspective and makes you thankful for everything you have. To race motorcycles is really cool. Yeah, and saying that, my OCD—my peg position’s different, I have different shift lever, different brake pedal… My front brakes—everything was different! And you know how OCD I am, especially when it’s something about motorcycles [that] I’m really into and I care about.” 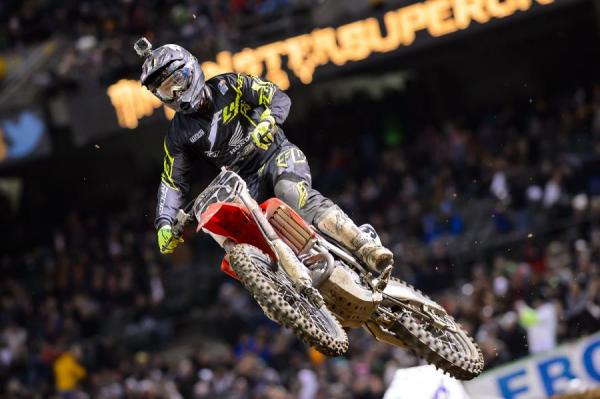 Despite the distractions, Short was still able to finish sixth in Oakland.
Simon Cudby photo

If there’s a positive towards anything, Andrew Short will find it. Seriously, talk to him sometime and you’ll see.

A sixth is a great ride. Moving forward, with the Kranyak team being Kawasaki supported, there’s a chance that Short shows up on a Kawasaki, or in talking to the Honda guys, there’s a chance he ends up back on a factory bike. Or maybe he just keeps keeping on with the production-based machine that worked well for him at Oakland.

“The next few weeks we’ll be here,” says Short. “We’re trying to build something that can be amazing if it all works the way we have it planned. It’s unfortunate to have this happen in the middle of the season and it’s not a perfect picture, but we’re willing to fight for it and make something. We don’t want everything to dissolve. So I’m willing to fight and push forward and make something that’s great for a lot of people.”

The possibilities are up in the air right now, much like a lot of things with Andrew’s racing career. When asked what’s next, it seemed like he was wondering as much as anyone.