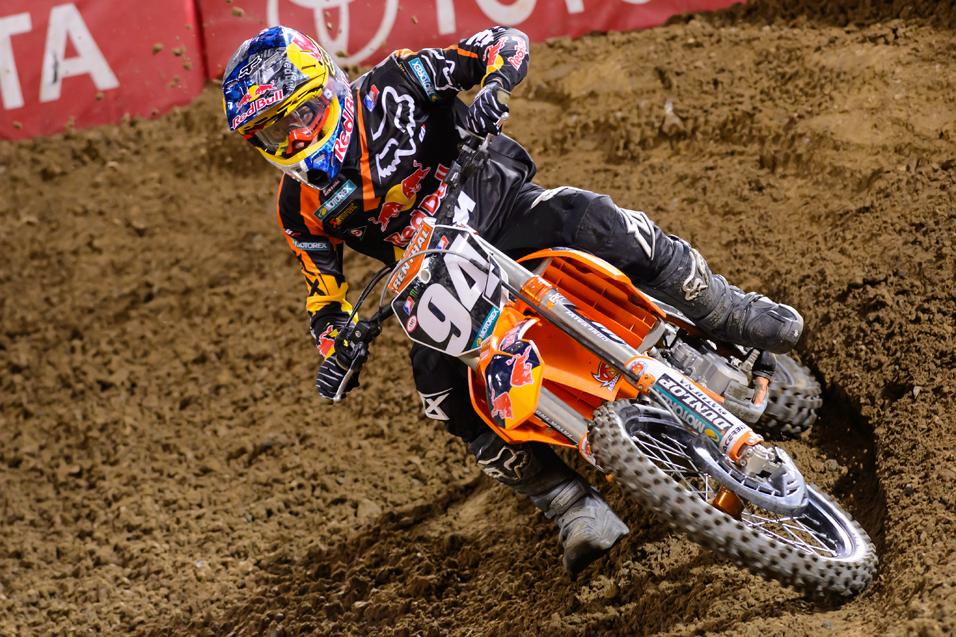 Advertisement | Advertise with Us
O.co Coliseum Oakland, CA Oakland Monster Energy AMA Supercross Championship
Red Bull KTM’s Ken Roczen has been good throughout the early rounds of Monster Energy 250SX, but he stepped up to the great level on Saturday in Oakland. He crushed it in practice, then won the main event after a great battle with Cole Seely. Combine that with trouble for Eli Tomac, and now Roczen is in the points lead. Not much more to say, but we talked to Kenny about it anyway.

Racer X: How did it go?
Ken Roczen: I didn’t have the best start, but I went through the first corner good. There was a lot of bar banging on that first lap and I almost went down before the finish, it was a close call. It was kind of messy, but then I got my crap together and charged all the way through and made the pass. I’m super happy right now, I have the points lead. But I’m not going to celebrate too much, to be honest. I’m going to keep charging. 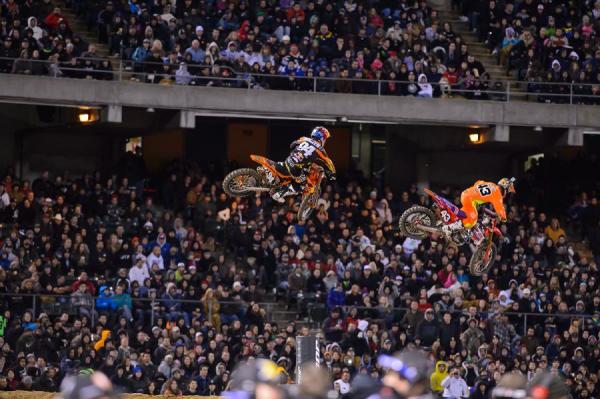 Roczen (left) was able to chase down Seely (right) late in the race en route to his first win of the 2013 Monster Energy Supercross season.
Simon Cudby photo

When you were behind Seely there, were you just waiting for your moment or were you charging the whole time?
I was just trying to get my crap together. I was mixing up the lines, and I was getting closer, but closing a gap and making a pass are two different stories, and I’m glad I was able to do both good, and that we’re all safe.

Did you know that Tomac had crashed out of the race?
No, I didn’t see anything, I was so focused.

Did your mechanic tell you on your pit board?
No. I was so focused, I didn’t know where Eli was at all.

Coming out of Oakland with the points lead now, does that change your strategy at all?
No. Keep going, stay focused, and charge all the way. 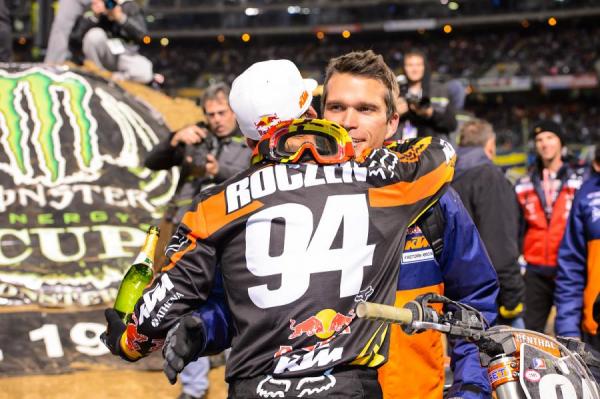 You’ve been fast at the first three rounds, but today you were exceptional, both in practice and during the night show. Did you feel any different today?
Yeah. I tried to get my intensity up during the week, and I think that helped a lot. Things just came easy today. A lot of people were saying that the track was difficult, but for me I thought it was the easiest track we’ve had this year. That’s always a good sign, and I made it happen today.