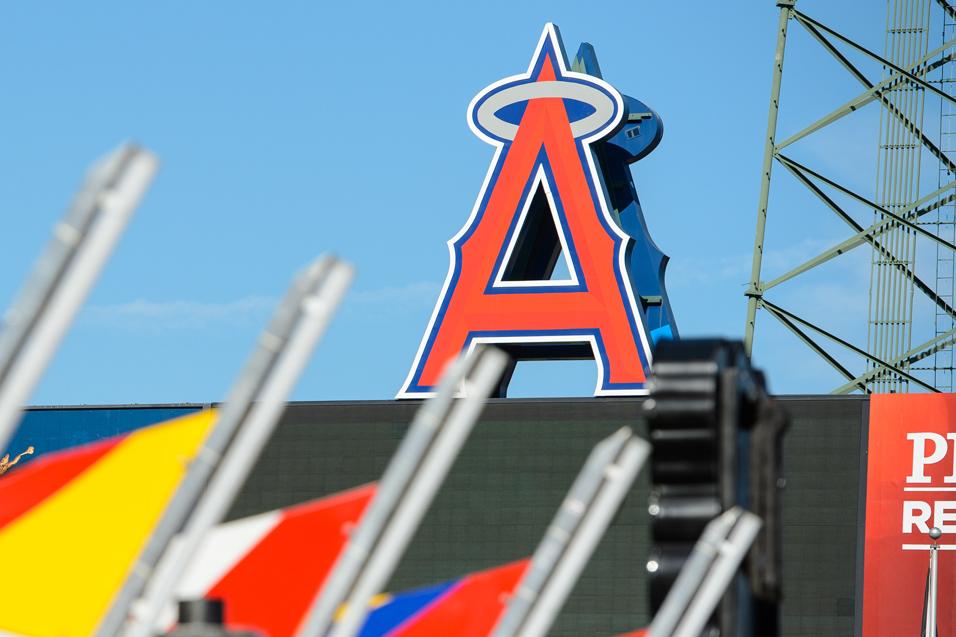 January 17, 2013 2:00pm
by: Andy Bowyer
Angel Stadium Anaheim, CA Anaheim II (A2) Monster Energy AMA Supercross Championship
Hello, everyone, and welcome to the Rev Up. After two rounds of the 2013 Monster Energy Supercross Championship, we should get ready for the racing to intensify. It’s hard to think about a race being more exciting than Anaheim 1 where two Cinderella stories passed back and forth for the win on the last lap. Phoenix burned hard, producing a first time winner and some downright dirty crashes, but we’re a long ways from reaching the potential of this championship. The return to Angel Stadium carries some serious steam with a surprise points leader and veterans hungry for redemption. This event on the schedule is always cool to me because the complexion of the field changes. Two main events removed from the opening round butterflies and with time to adjust the machines, this race historically paints a different picture. I think we’re going to see something special. Let’s look at both classes and roll the neck a couple times pondering what lies ahead.

GEICO Honda’s Eli Tomac is in tune with his CRF250 and putting down some laps that are hard to find a dent in. When Tomac won his first ever National I noted his text book form and riding style. He was smaller then and looked to fit the bike better. I think his new size and strength makes his riding style look a little more sloppy, but it’s allowed his speed to climb. His cornering technique is still flawless, but he can over jump to the face of hits, and simply ride ahead of his bike now. I know a lot of talk has been made of the 250 being a superior racing machine, and Eli concretes the hype. I’ve always felt you can get around a supercross or motocross track faster when you aren’t being yanked around by the bike. In fact, I’ve seen 85cc and Supermini riders set the fast lap times at amateur races my whole life. Jeff Emig used to be the faster than the 250 pros at Lake Whitney on his. What I’m getting at is, just watch Tomac get around the track. He’s absolutely charging on every foot of track surface, and never waiting to get on the gas. He’s ready for what the machine can offer and pulling for more. He’s flying. 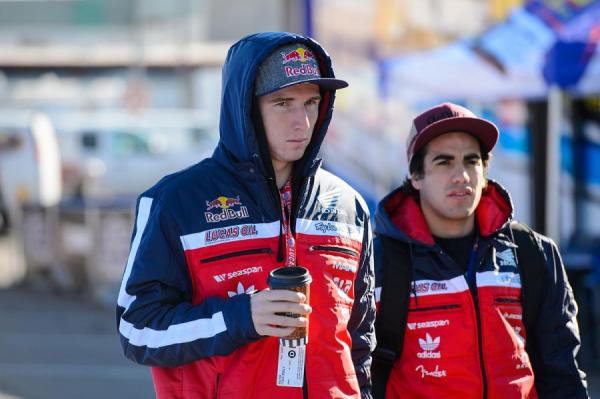 As predicted, it is going to be a tough road for his competition. Potential challengers like Red Bull KTM’s Ken Roczen, Lucas Oil/Troy Lee Designs Honda’s Cole Seeley, and Monster Energy/ Pro Circuit Kawasaki’s Martin Davalos have the best chance to grab a clutch holeshot and make a sprint. They’ll have to hope Tomac starts outside the top ten because he’ll catch them if not. Riding the edge carries consequences, he could still cart huge, but I’d expect the big #1 to leave us nodding in approval.

I don’t think we’ve so much as scratched the surface here. With Muscle Milk Honda’s Justin Barcia getting his first win last week, and Davi Millsaps carrying the red plate the scenarios just jump off the screen! We shouldn’t slight the domination of Barcia’s win, because he’s been fast since the opening practice session, and won the Monster Energy Cup. It only took him one round to win by a wide margin. He’s always been a holeshot guy, and this is why he gets the nod from me for at Anaheim 2. He’s ready to ride away again if he bangs another one. His teammate, Trey Canard is doing what he needs to do. Had it not been for that unlucky tip over, he would be the points leader heading into round 3. He needs to keep the rubber side down and keep it rolling.

This brings us to Monster Energy Kawasaki’s Ryan Villopoto. The two-time defending champion has two things wrong, and they’re both crashing. Was he fast enough to get Barcia at Phoenix if he didn’t slide out? I think so. But, like the last three times he raced, he went down. Losing the front wheel like he has been has to deter his confidence, landing him in unfamiliar territory. I think he’ll top the practice charts and be ready to race Barcia. The holeshot will be paramount between the two.

Meanwhile, frustration looms. Red Bull KTM’s Ryan Dungey and TwoTwo Motorsports Chad Reed are rattled following their opening efforts and need to keep Barcia close in points before things get away from them. Reed’s game isn’t that far off, and I think he’ll continue to come into his own over the next two rounds. Dungey has yet to produce the speed of Canard, Barcia, and RV plus he almost didn’t make the main last week. He’ll rebound and I expect some desperation from RD5 as he tries to get on the box this Saturday night. Desperation may be just what he needs.

Speaking of desperate, the JGR guys haven’t been so much as a blip on the radar yet. Justin Brayton is beat up, and Grant has started well but faded. Coy Gibbs will go to the whip on those guys and I think they’ll be further motivated to get in the top five. But, hey, the top five is salty. Passing is scarce thus far in the big show, and you have to start up there. Ryan Dungey looks to rebound from an 8th in Phoenix at Anaheim 2.
Simon Cudby photo

Yoshimura factory Suzuki’s James Stewart continues to press on. You can hear the dissatisfaction in Ricky Carmichael’s commentary when he ripped off that heat race win. RC has seen James race beat up his whole career and knows if he has his riding gear on he is a threat. Stewart was tentative in the pack at Phoenix, and there is little doubt he’s wounded. Be that as it may, if he can make it to the main event healthy he can get it done with a holeshot. He’ll fight hard for it, too.

A fight is exactly what is coming. The push-pull between the former champions and young lions is about to manifest some hay makers. If the track lends itself to more passing the mess we’ve been waiting for could rear its ugly head. Attrition has knocked on the door, but all of the guns still have powder in them. Through two rounds Davi Millsaps is standing tall with the red plate, but the wolves are coming. We’re set for Supercross at Anaheim. Supercross in southern California -- the pinnacle of our sport. The fans are rabid and passionate, and the racers all leave a little more on the track. Let’s get ready to see if Davi can hang on, Barcia can repeat, or if RV Park will have his vengeance. I can feel some serious pressure mounting and am expecting to see some paint and plastic clash. It feels like a barn burner is on the board. The power of the 450s and the prowess of the contenders has us flinching with each passing lap. Let's get it up in here and get ready to watch them hang on again!