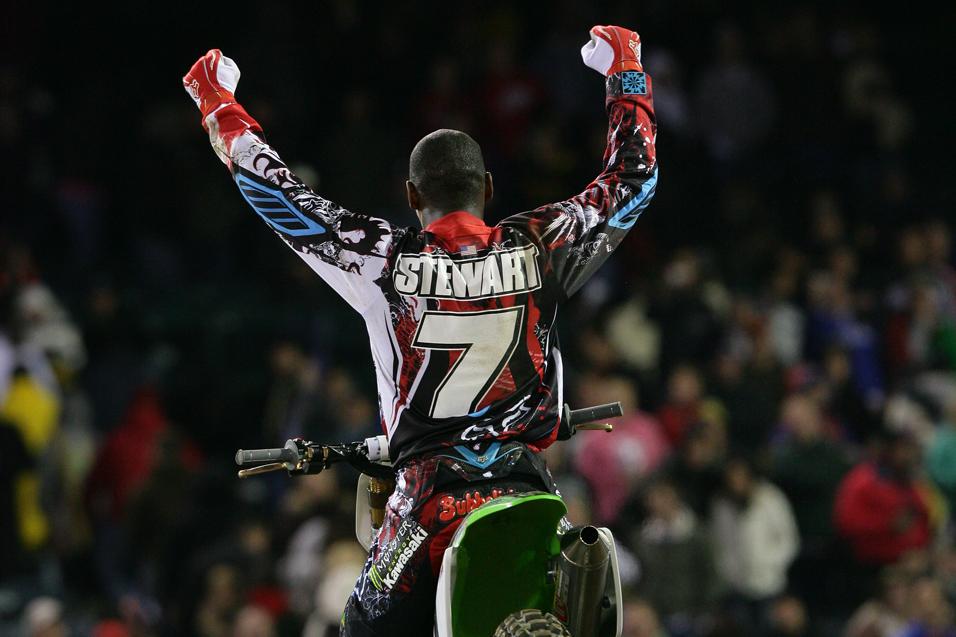 We’ve all heard the saying, “You can’t win the championship at the first race, but you can lose it.” But in a seventeen-race series, is this true? If you’re Ryan Villopoto, who finished in an extremely uncharacteristic sixteenth place at the opener, you’re certainly hoping not. To get a better idea of how a rider’s performance at A1 affects his championship picture, we put together a list of A1 race winners and held it up to a list of the same years’ corresponding champions. We went back to 1999 because that’s when Angel Stadium in Anaheim returned to host the opening round after a few years with the L.A. Coliseum hosting the opener. After looking at the list below, remember to add your own observations in the comments section.

A1 Winner: Ezra Lusk - Finished second in the series 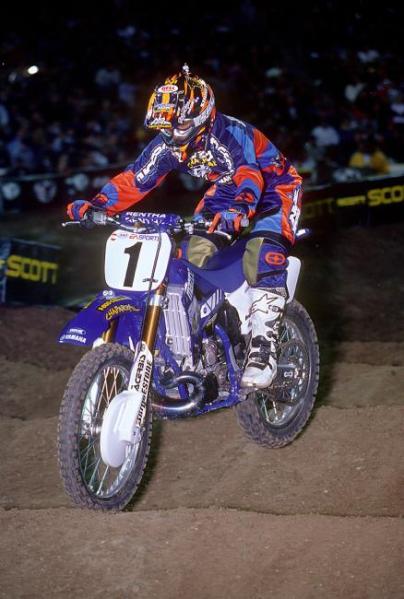 After winning the opener in 2000, McGrath went on to claim the championship.
Racer X Archives photo

A1 Winner: Jeremy McGrath - Finished second in the series

A1 Winner: David Vuillemin - Finished second in the series

A1 Winner: Chad Reed - Finished second in the series

A1 Winner: Kevin Windham - Finished third in the series

A1 Winner: James Stewart - Finished second in the series 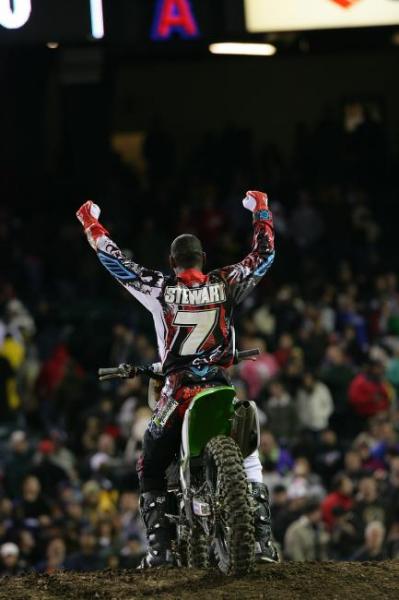 In 2007, James Stewart claimed the opening round win. He later went on to win the title.
Simon Cudby photo

A1 Winner: Josh Grant - Finished fourth in the series

A1 Winner: James Stewart - Finished twentieth in the series (injury)

By looking at these stats, we can conclude that yes, the championship can indeed be lost at the opener, but a bad night at A1 doesn’t necessarily guarantee a points deficit at the end of the year. For example, Ricky Carmichael DNF’d the opener in 2002, yet went on to win the championship by 35 points. He could have DNF’d the second round and still won! Further proving the point is James Stewart’s DNF at A1 in 2009. After missing a shift and getting together with Chad Reed in the whoops, Stewart was unable to get his bike restarted, starting his championship campaign under way with a massive deficit. But he still won the title by four points. 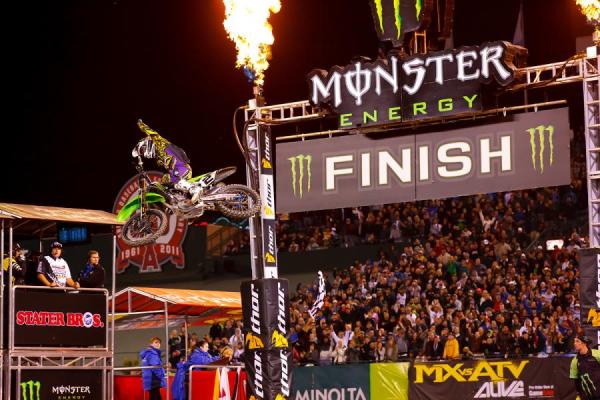 Villopoto won the season opener a year ago, and although he suffered a torn ACL late in the year, was still able to win the title.
Simon Cudby photo

If Ryan Villopoto, who has won the opener the last two years in a row, can pull of the championship this year, he’ll do it after recording the third-worst opening finish for a champion ever. Bolstering his chances are the fact that the winner of A1 rarely wins the championship. In fact, since 1999, the winner of the opening round has only gone on to win the title six times. A big reason for this is the fact that Ricky Carmichael, who won the championship five times, never once was victorious at the first race of the season. On the flip side, it’s extremely rare for a rider to come back from a poor finish to win the title. In fact, there have only been three instances where the eventual champ didn’t secure a podium finish at the opener (McGrath - seventh in ‘99, Carmichael - twentieth in 2002, James Stewart - nineteenth in 2009).

Here are some additional numbers of interest. David Vuillemin has lost the championship by 35 points twice. Once to McGrath in ’00, and once to Carmichael in ’02.

Villopoto may have won the opener in 2011, but he failed to qualify for the main event in Jacksonville and still won the title by four points over Chad Reed.

Despite only scoring two points in Seattle and missing the final two races of the year with a torn ACL, Villopoto still finished the year with a 57 point lead over second place. Had Villopoto finished in sixteenth at the opener last year, it would not have made a difference.

Take a look at the numbers. What trends and interesting facts do you see?