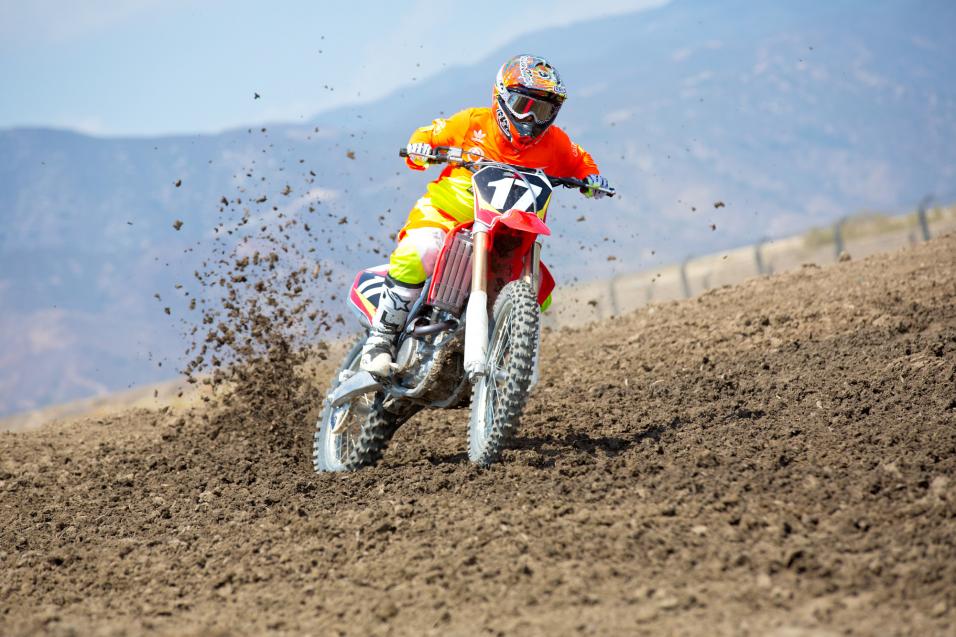 After the Frenchie and the Brit last week, here goes one from a Spaniard.  During the Nationals I have been wondering why Suzuki didn´t allow any kind of support to Mike Alessi, he was fighting with Dungey and beating a lot of guys on factory bikes with a RMZ with even the stock triple clamps as far as I could see in some pictures.  Taking a stock-based bike to this position should be a superb promotion for Suzuki so I thought that for this season some support should arrive.

But just reading your (very interesting) interview to Mike Genova, I am shocked to know that.  I like Suzuki’s, I have 4 in my garage, my son races them and I still ride at 53 so like and old guy involved in international business I can´t understand the brand behavior.

Do you know the reason? If so, can you please tell us?  Because I´m sure that a lot of people is wondering about the same…

This may come as a shock to you but the American Suzuki Motor Corporation isn’t raking in the cash because of the motocross riders they support. Dirt bike sales aren’t exactly keeping the lights on for them. They’ve already been through some pretty significant cuts and restructuring lately and money is tight. The MotoConcepts team made a bold statement last year by calling their bikes MCR models and not showing Suzuki any support. Sometimes you have to pay it forward to build a relationship with manufacturers and it likely rubbed Suzuki the wrong way. Or maybe that didn’t bother them and they really just don’t have any extra budget to help … Or maybe both. Either way, Mr. Genova would be wise to apply some tact to his negotiations with the manufacturers. Otherwise he’s going to be using hot tub money to pay for bikes for a long time.

I am 24 years old and have been riding motorcycles since I was a little girl. When I first started riding it seemed that there were hardly ever any other women riding. Over the years MX has increasingly become more popular with women and we keep getting faster and faster. For the last 2 outdoor seasons I have been excited that people were paying attention to and stoked about the women's series, especially with an intense championship fight between Fiolek and Patterson. Then suddenly this year the series has essentially been destroyed by dropping it down to 3 races, not even on main event day. They say it comes down to money, but really how much more does it cost them to add 2 extra motos when they've already rented the track for the day? Do they need more sponsor support to seriously consider a full on women's series? Should women like JP or Fiolek start trying to qualify in the 250 class?

Look, don’t blame the promoter or the track owners on this decision. Trying to wedge the women into Saturday’s schedule is difficult mostly because of the live television schedule. The bigger problem is that there are only a few girls who could potentially win on any given weekend and that didn’t change, or look like it was going to change, since the series started. That isn’t interesting to watch. If the fans REALLY wanted to see the girls they would still be part of the show.

I would suggest that the fastest gals line up and try to qualify for the National but to my knowledge there has never been a women’s qualifying time that was fast enough to put them in the top forty of the 250 class, which would qualify them for the motos. That’s something to think about. Don’t be dramatic and say that the women’s series has been “destroyed.” Instead, be thankful that there are still three rounds and potential for the series to grow again when the economy gets better. Good luck.

I’m really jacked about the opener this weekend. The bikes, the Monster girls and the racing are the best. What are you looking forward to the most this Saturday night?

I just finished watching press day at the stadium and I couldn’t be more excited for Saturday. The press conference itself was a real snooze-fest. Haha … No, seriously, I literally curled up into a little ball in the corner of the room and took a nap. It was fantastic. But once I got my forty winks and woke up the bikes were on the track. We all knew that RV, Stewart, Dungey and Reed would be fast. And they were. But I’m telling you that Barcia and Canard are both capable of winning on Saturday as well. Throw in some of the other past race winners like Hill [who looked great and has been turning faster lap times than Tickle in the pre-season, according to RC], Milsaps [who has lost 73 pounds!] and Josh Grant and you have a very interesting race. That’s before you even factor in guys like Windham [his opening ceremony transfers are worth the price of admission], Weimer [this guy loves potatoes], Justin Brayton [the flyin’ Iowan] and Mike Alessi on his hot tub time machine. Kudos to the MCR guys, by the way, because those bikes look, like, a million times better than last year. What am I looking forward to? I’m a simple man, Mule. I just want to say hello to some old friends, find a nice seat somewhere in the stadium, see some close racing and eat my body weight in concession stand nachos and pretzels with cheese dip. See you Saturday!