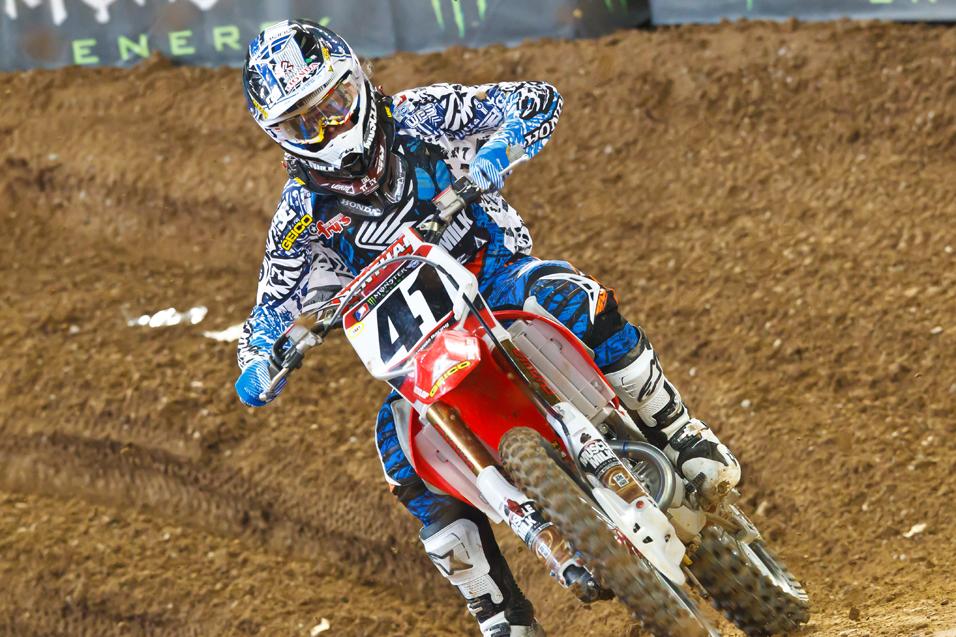 It's time to check back in with Team Honda Muscle Milk's Trey Canard, after he suffered a devastating injury at last year's LASX at Dodger's Stadium. Everyone is hoping to see Canard get back to his 2011 level, which saw him capture two 450SX wins and contend for the title.

Racer X contributor Stephan Legrand caught up to Canard at his home in Oklahoma, and then we called him ourselves to ask a few more questions for this week's Monday Conversation.

By Stephan Legrand and Jason Weigandt

Racer X: Where are we at today?
Trey Canard: We are at Reynard Raceway in Shawnee, Oklahoma about 20 minutes from my house. I like to mix it up a little. I have a couple of different tracks at home but it’s good to ride on a different track and get away from the normal. It’s fun here and the dirt is good. 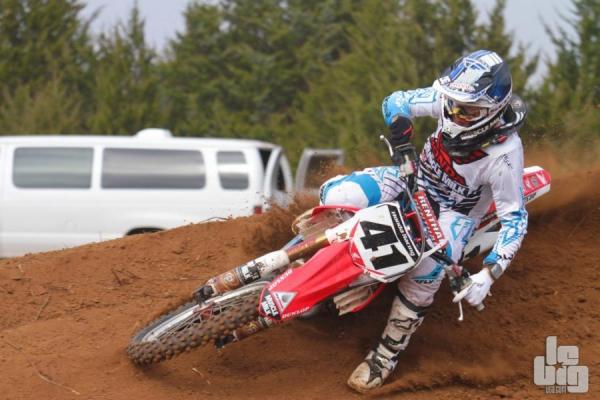 Canard is currently training in Oklahoma in preparations for Anaheim 1.
LeBigUSA.com photo

What’s your schedule right now?
I’m doing a lot of riding. It’s my main focus right now.  I’m making sure I’m fresh getting on the bike. I missed the last two years and a considerable amount of time. I feel like the endurance is there. I’m making sure not to get greedy going into Anaheim 1. It’s been a challenge for me in the past. You want to go faster and faster, you hit that wall, your crossed it and things happen.

Why not California?
I love it here. This is home to me. This summer I spent so much time here with my family and friends. It’s hard to leave. People here are so laid back. There is no stress, you go to the track, you bring your dog, you're still doing your work but there is no time restriction. Everyone cares about people and you miss a little bit of that on the West Coast. But I’m going to stay in California until Christmas for photo shoots and those little things. Like I said, it’s tough to leave but at the same time I’m anxious to ride with different people. It means Anaheim 1 is around the corner. I’m looking forward to getting back to that.

Where do you think you stand against Villopoto, Stewart, Reed, Dungey, etc.?
It’s hard to say because I’ve been out of racing for so long. I haven’t raced at my full potential in a year and a half. It’s hard to say where I stand. I know riding with Justin Barcia was pretty good. He just won the Monster Cup. It helped me a lot. It was a marker to tell me where I stood.

Do you still think about your crash?
I have memories about it but I don’t look at it like a bad thing. It’s almost a positive thing. I have peace about it. It gave me a lot actually. It gave me an outlook on things that I didn’t have before. I had time to spend with my family and friends. It allowed me to go to Africa and do all those things that I hadn’t time to do before.

What did you learn from it?
I learned several things during that injury, but one thing you do learn is that you lose friends. Your phone stops ringing, the magazine people don’t call you anymore. Especially you LeBig [Laughs]. I totally understand why. That’s the way it is. You start to learn who your true friends are. Our sport is vicious. You go from highs to lows so quickly. You can get forgotten quick or suddenly you can have a bunch of new friends. It’s a challenging thing. At the end of the day you understand that regular life is more important than everything else. 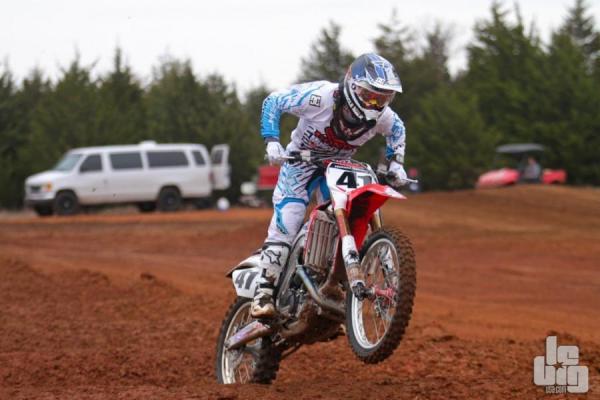 Canard is hoping to return to his 2011 level, which saw him challange for a championship.
LeBigUSA.com photo

So what's your condition right now? Are you back completely on your regular program, or still working your way back into that?
No, I feel like I'm pretty much on it like I used to be. If anything, I actually feel better than this time last year, because I had a broken collarbone at the time and didn't even race Anaheim 1.

So in other words, when we get to Anaheim this year, we're talking about the same old Trey Canard, not a rider who is trying to rebuild himself.
Well, I've always felt like I'm that guy! [Laughs] I've always been Trey Canard, it's just you guys that see me differently!

[Laughs] Yeah I get that. Okay, let's talk about something non-motocross related, then. Have you seen any movies lately?
Actually, I have. I recently watched Fried Green Tomatoes. I highly recommend it. Very good.