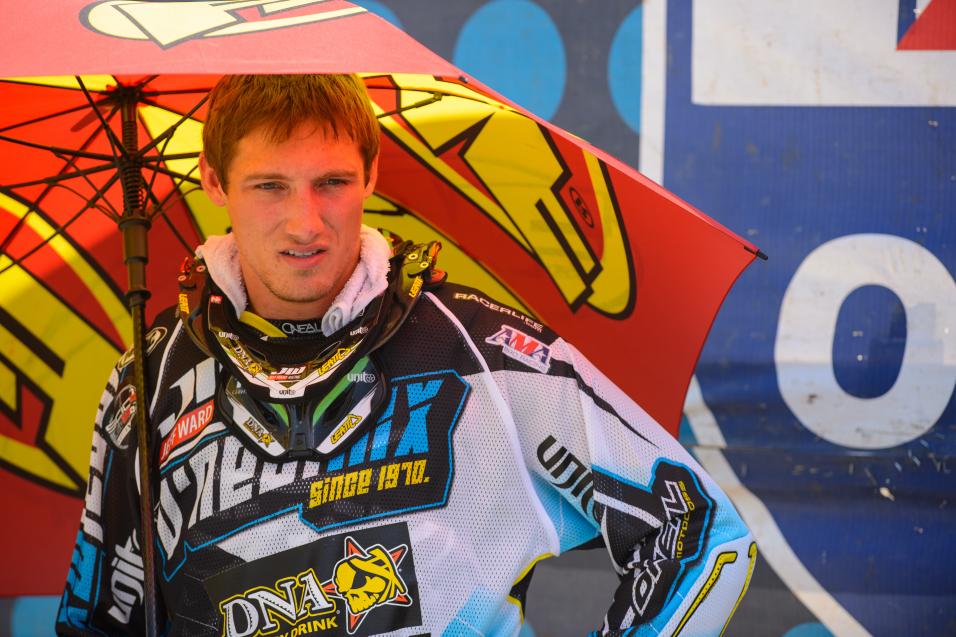 Yamaha usually goes about racing in two ways. If they can get a superstar, they go for titles. If they can't, they try to flood the starting gate with as many blue fenders as possible.

They're definitely into the latter mode right now, as this is the first time in a decade Yamaha doesn't pack a Stewart or Reed type star heading into Anaheim 1 (and before Reed, they had McGrath). While the JGR boys could maybe, just maybe, pull out a win in 2013, most of these teams are centered around just putting bikes in the main event.

It's good news for some second-tier riders. With so much talk recently about purses and privateer support, you have to applaud Yamaha for helping out so many riders who would otherwise be searching for work. Chisholm was bounced through the RCH and JWR deals before ending up with nothing, Velocity3 puts him back to work. Kiniry didn't have offers, this saved him (and Chizz is one of the few riders who loves the YZ450F, so he gets what he wants here). Travis Baker was out of work via TLD, now he gets a landing spot. Alex Martin and the perennial privateer team of privateer teams, Eleven10 Mods, finally have some help.

The current line of Yamahas has taken some heat. The YZ250F still uses a carb, and the YZ450F has morphed into the most controversial bike in its class. And it's likely that blue machines won't win any titles this season. But the idea that Yamaha is giving back to the riders who need it most is actually really, really cool. Next time you want to complain that the industry and manufacturers aren't doing anything to help the little guy, remember this press release.

Great news for fans of Yamaha everywhere with the release of Yamaha’s privateer teams for the 2013 season. This PR follows the one about a month or so ago announcing the JGR, Star and Rock River programs.


The fact that Yamaha is recognizing that they need to step up is a good thing. The starting lines have been bare of blue for a few years now as pro racers have expressed apathy about getting on the outdated YZ250F or the controversial-does-it-work-or-does-it-not YZ450F.


Nice to see teams like Ti-Lube Yamaha and Eleven10 Mods, established teams that have been around, be rewarded for their hard work in terms of bikes, parts and use of the Yamaha SX track.


This is a good step in getting blue out there and while none of these announced riders are going to contend for championships this year, they’re all solid riders capable of filling the mains with carburetors and air filters where the gas tank used to be.


The Velocity 3 Team comes out of the gate with Kyle Chisholm and Bobby Kiniry and both racers should be right there around the top ten in the highly competitive 450SX class. This is a sx-only team but Kiniry and Chisholm will be at the outdoors in some way, some manner (Kiniry is still racing up in Canada but will hit the USA nationals that he can).
Not in this press release but confirmed is Chris Blose is alongside “Filthy” Phil Nicoletti on the Ti-Lube Yamaha squad. Blose is a former top privateer that’s been injured for a couple of years now. One thing about Blose is he’ll give you 100% and won’t complain.  Nicoletti will be a 450SX rookie but has some skills and it’ll be interesting to see what he can do.


Alex Martin, Chad Sanner and all the guys at Eleven-10 Mods will be giving it 100% and great to see the support given out to the little guys. I’d look for a teammate for Martin to be announced real soon as well.


Travis Baker had a nice summer for the TLD Honda guys, he’s back on the brand that saw him come into the pros on and hopefully he gets back to the SX finishes that he once had. Brett Metcalfe for the outdoors? That should be interesting to watch.


Yamaha just added six racers for next year, every single one of them will be in the mains and many times in the top ten. And that’s not counting Kiniry who rode blue last year. I’d say that this is a nice bit of free agent work by Team Tuning Fork.


For some more of my thoughts on Yamaha’s moves, check out this blog I wrote a few days ago over on Pulpmx.
Read Now
November 2020 Issue Now Available