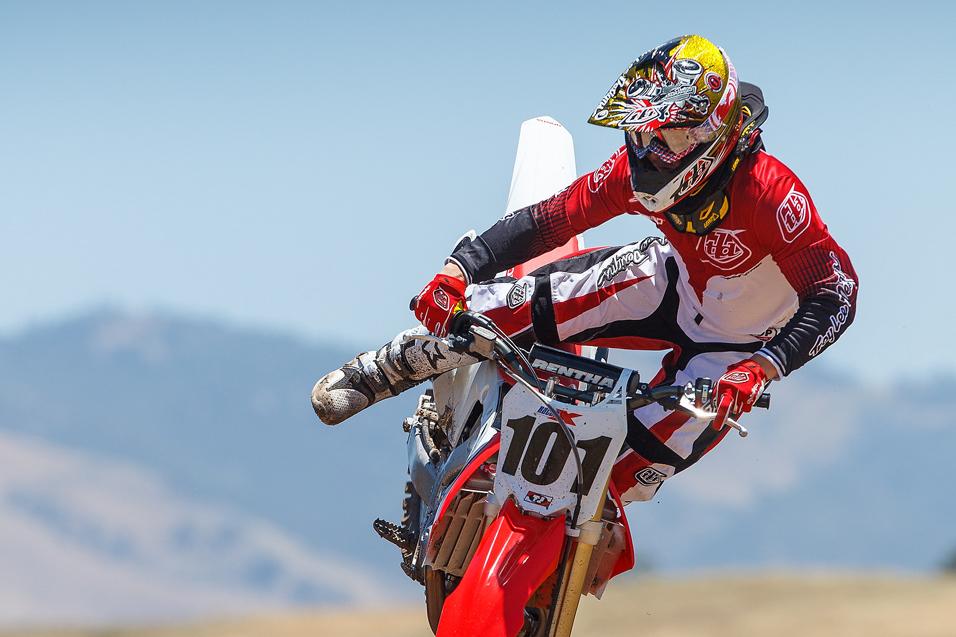 So, there has been a lot of talk about Josh Grant's mom stealing his money as of late and there are opinions on both sides of the issue.  Some people think that he deserved it since she probably paid a lot of money to get him to the level that he's at and, by doing so, sacrificed a lot too.  Others feel that she took his money because she is a greedy scab that took advantage of a financial situation.  I'm in the latter group.  What do you think?  Do you know what actually happened?  The story is not very specific and it would be nice to know the truth.

Full disclosure: I didn’t see the episode you are talking about. I do know the story, however, and I can’t even fathom what it must feel like to have your own family steal your money. Parents who push their kids in this sport so they can get paid in the future should not have reproduced. And kids who succeed and do make significant financial gain should throw a bone to their parents. To not acknowledge their sacrifice is selfish and immature. Money does crazy things to people. I’ve seen plenty of riders come into this sport as humble, precocious teenagers only to make an obscene amount of money and turn into complete a**holes.

My opinion is that Josh Grants mom should be ashamed of herself. Hopefully Josh can get himself in a good financial place again before his career winds down. If not, maybe he should go steal his mom’s car and sell it for diaper money.

I'm sure you have heard the saying, "the older I get the faster I was?"

I feel like I should start by saying you need to buy your tee shirts somewhere other than No Fear liquidation sales. After that it’s a simple mathematical equation. You are 45 years old and slower than a geriatric bowel movement, which aren’t too far off for you, by the way. So, find the lowest common denominator [your riding ability], multiply that by your testosterone level [likely basement levels at your age] and divide that into the percentage that your hairline has receded [I’m guessing 42%]. Multiply that number times 3.14 and you’ll get your answer, which is that unless you can defy the laws of nature and live to be 186 years-old you will never have been a pro. I’ll recheck my math but I’m pretty sure I carried the one.

I am an old school motocross guy from Minnesota. I raced for many years back in the day when if you showed up on a four stroke you would have gotten laughed at.  I made it to Loretta Lynn’s in 1989 in the 125C Class. I have not owned a bike for years. But this year I decided to get a bike to ride with my son. I had a tough time deciding between a 450F or 250F since I have never ridden a four stroke. I decided on a RMZ250. After riding it for a year I am amazed at the power it has. This gets me to my question: what were the manufactures thinking when they sized these bikes? I thought it was a big step coming off an 80 mini to a 125, let alone a 250F. When my son turns 16 I would not want to throw him on a 250f. I remember watching Ricky and Bubba ride 125’s and was amazed at how fast they could go on them; it took a lot of skill to keep your momentum up and go fast on an under powered bike. There were jumps that you didn’t even try on a 125 because they didn’t have enough power to get you over them.  With the power of the 250Fs it seems very easy to go fast and jump everything.  Just look at the lap times at the outdoor nationals; the 250s are very close to the 450s. They should not be going as fast as the 450s, that’s the whole idea of having a lites class. I think the lites bikes need to be slightly underpowered so it is a challenge to go fast. Make them a 175 or 200 and change 450’s in to 350’s.

With the recent tragedy at the mini O’s what will it take to get the manufactures and the AMA to reduce the size and horse power of these bikes?

Welcome back to the sport! It’s great to hear about folks getting back into motocross, especially with the economy the way it is. I wish I had a good answer for you on this but like most political dealings, there is a lot of hair on this issue. Yamaha introduced a 400cc bike in pro racing and had a great deal of success with it. For some unknown reason they decided to add more cc’s before selling it as a 426. That evolved into the 450 powerplants we have now. The original CC’s were put in place long ago, as I understand it, when four-strokes lacked the technology to be competitive against two-cycle machinery. Unfortunately, the current four-stroke engines make competing on a two-stroke a huge disadvantage. KTM tried the 350 but the other manufacturers aren’t going to change their plans now. We’ve made our bed and now we must get arm pump trying to hang onto it.

Go back and watch a race from the 1990’s or early 2000 eras. The racing was much more interesting throughout the pack because the two-strokes were much more difficult to ride. More mistakes led to more passing and ultimately closer racing. And I agree with you that there should be an entry-level class competing on 125cc machinery.

Regarding the recent tragedy in Florida, honestly, it will have little effect on motorcycle displacement. While a compelling argument can be made that modern bikes are allowing riders to go faster and fly farther … that’s what the consumers want. And what they want is what the manufacturers will sell.