San Bernardino, CA – Red Bull Day in the Dirt 2012, also known as "the fastest party in town", is moving to the legendary Glen Helen Raceway for the 15th running of this So Cal classic.  The event is brought to you by Troy Lee Designs and American Honda, and hosted by the Hollywood Stunt and Film community. It is supported by BTO Sports, Asterisk, Leatt, McQueen Racing, FMF, GoPro, and Fender.

What started as a one day event in 1998 has turned into what some people call the "MX Woodstock".  It's a gathering of family and friends and what they love most - dirt bikes.  It not only attracts some of the fastest racers in the world and the who's who of the moto industry, but also riders and moto-fanatics world-wide.

Seven-time National Champ and an DITD regular from day one, Ricky Johnson, along with legend Gary Jones, have worked with presenter, Troy Lee, and producer, Kenny Alexander, to design this year's course.  With blessings from the Glen Helen crew to "get creative", you can expect anything from hills to asphalt to make up one of the coolest Motocross Grand Prix courses ever!

"A Day in the Dirt is such a special event," says Kenny Alexander.  "For those who have been, it's one of the races you look forward to all year.  And for the newcomers, it's the beginning of a brand new Thanksgiving tradition.  This year we're moving the event to Glen Helen Raceway, a world-class facility that has hosted the Outdoor Nationals and the USGP. We're really excited to bring such a fun event to such a great venue." 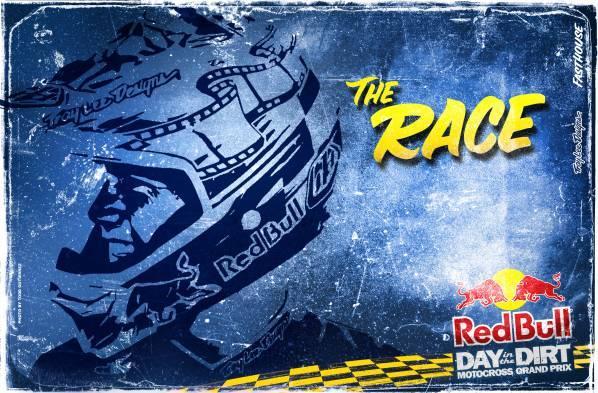 A Dirty Racing Inc. production in association with Fasthouse.