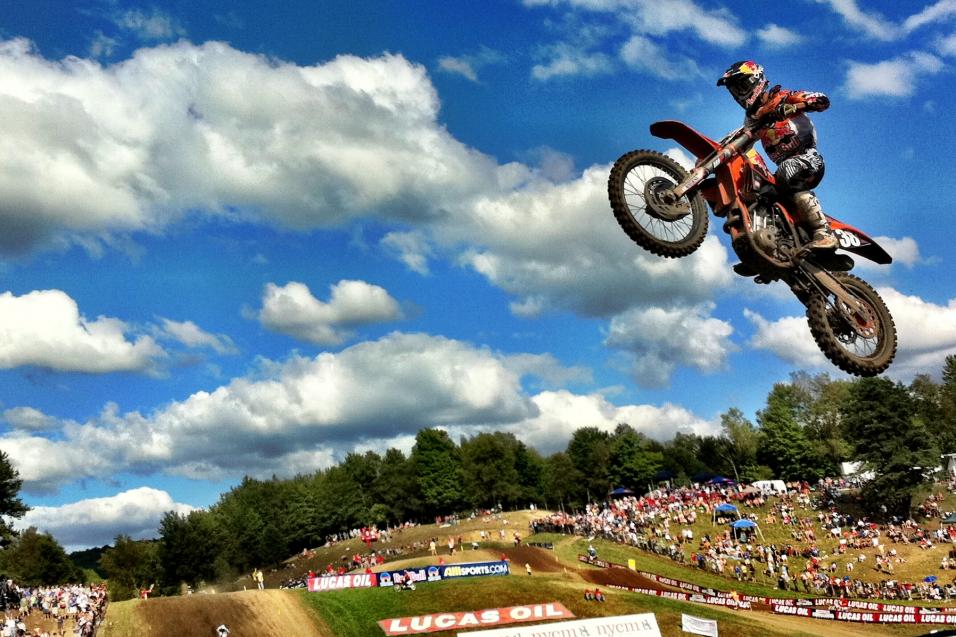 Imagine how hard the last two years have been on Marvin Musquin. After winning two straight MX2 FIM World Championships in Europe, Musquin came to America to pursue his dream of one day winning a championship here. But after almost two full years on the circuit, he had yet to win so much as a moto, let alone an overall, in Lucas Oil Pro Motocross. His frustrations covered Monster Energy Supercross as well, as he missed all of 2011 with an injury and then failed to get a win in 2012.

That all began to change on Saturday at Unadilla when the ever-polite and smiling Musquin emerged as the surprise winner on a day filled with ups and downs by the competition. In going 2-3 for the Unadilla National win, Marvin showed poise, speed, and staying power all day long—a combination main championship contenders Blake Baggett, Justin Barcia, Eli Tomac, and Ken Roczen could not maintain. 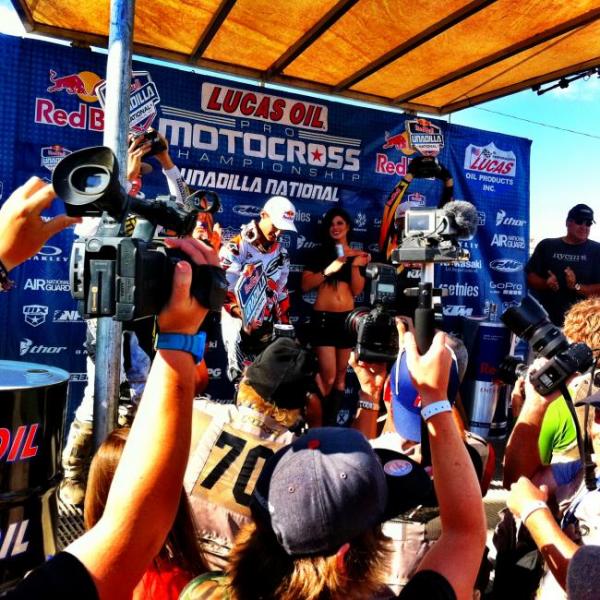 A long-awaited return to victory lane for the Marv Attack.
DC photo

Was it the track? Possibly, as Unadilla was the roughest I've ever seen. Was it the cool weather? Maybe—after Roczen and Musquin went 1-2 in the first moto, one of the KTM people asked me if all the motos could somehow be held in cooler temperatures like we had in New York. Or was it simply having a plan, working hard, and sticking to it, which is what Musquin appears to have driving him? There were guys going faster than the #38, like his teammate Roczen, the very young and wild Zach Bell, and the inconsistent Tomac and Barcia, but none could maintain that speed all day long. Musquin seemed content to let the race come to him, though he nearly lost the overall when he slowed down toward the end of the second moto and was almost overtaken for third by GEICO Honda's Justin Bogle.

Even though he didn't win a moto, the smile and pride on Musquin's face after the moto showed relief and satisfaction in a job well done. He won't win the championship this year, but at least he's winning again, after two very long years away from the winner's circle.