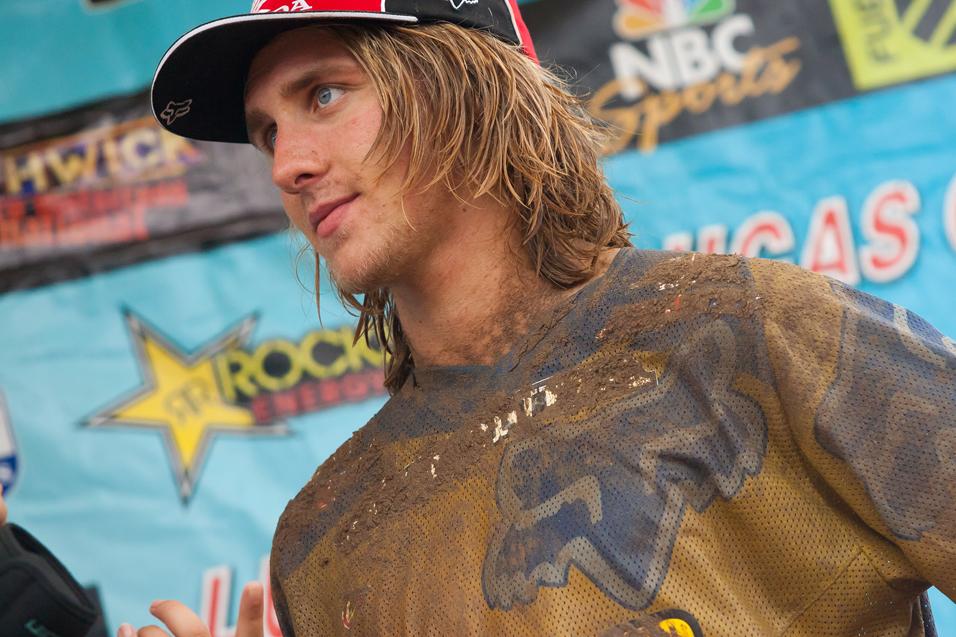 Going for the W Justin Barcia

Born in New Jersey (we pump our fists, not our gas as Jason Weigandt likes to say) and raised in New York, GEICO Honda’s Justin Barcia has always done well at tracks he raced as a youth. Unadilla and this weekend’s race at Southwick are considered a couple of his stronger tracks.

And with Justin coming off a win at Washougal, where he made up seven points and is now trailing 250 leader Blake Baggett by eleven, this weekend’s race in the sands of Southwick is huge in terms of the championship. And with Unadilla coming up next weekend, Barcia has a chance to make his move for the 2012 Lucas Oil Pro Motocross 250 Championship.

Barcia burst onto the scene at the opening round of the 2009 Nationals at Glen Helen. Revving the crap out of his 250F, bouncing off berms and other riders, the rookie led the most laps that day before petering out in both motos in going 9-3 for sixth overall. Most folks knew then that he was the good and with some more experience and stamina, this Barcia kid was going to be the real deal. 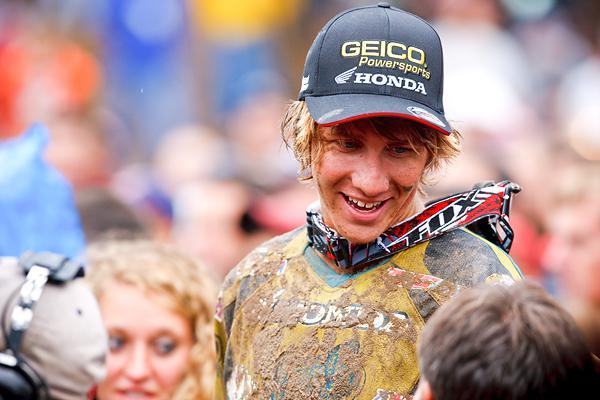 It took most of the season for him to find the groove again, but when the series rolled around to Southwick, Barcia showed everyone that sand skills and a home track advantage are nothing to be toyed with. He went 1-3 for the overall that day. Just eleven races into his national career, and he had his first win. Barcia ended the series fifth overall but that wasn’t indicative of his speed and flash he showed at times in 2009.

In 2010, again Barcia showed that he loved the sand. Dueling with South African Tyla Rattray, Barcia dominated a moto but unfortunately got a fourth in the other one. Second overall (while winning one moto) for Barcia to Rattray is nothing to sneeze at. Barcia’s sand record was still pretty impressive.

Last season, with his 250 results not there due to sickness and other struggles, Barcia got called up to the Factory Honda team when they were hit with injuries. And it was a new lease on life for the kid as he was very fast and very impressive right out of the gate on the bigger bike. And when the series hit Southwick, it got even better.

Raining off and on all day, Barcia settled into third in the first moto and had a solid grip on it when disaster struck on the Honda. Mechanical issues forced him out of the race when a podium was a sure thing. In the second moto, the kid grabbed the lead on the first lap and never looked back, winning his first ever 450 outdoor moto. Had his bike held on for third in moto one, he would have won the 450 overall with 3-1 scores.

So if you’re counting, that’s three Southwick Nationals for Justin Barcia and three moto wins out of the six he’s entered. The time spent at Southwick railing the sand, standing up and keeping the throttle pinned has paid off big-time. 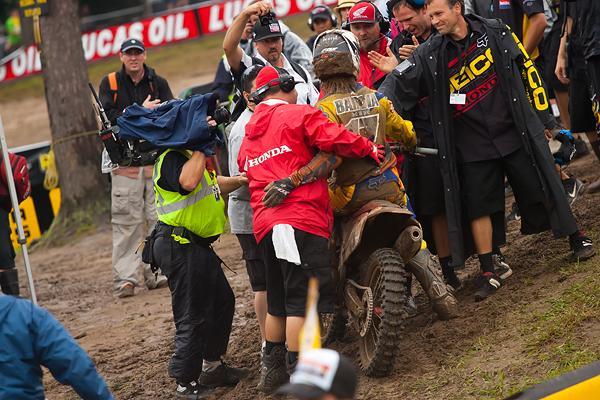 Southwick will be a key race in the championship for Barcia.
Andrew Fredrickson photo

And this weekend, Barcia needs to make sure that he has his speed there and avoid bad starts and mistakes. If he can do that, surely he’ll be atop the podium this weekend and close up that gap in the points even more going into Unadilla. Or maybe even take the lead.

As if that wasn’t pressure enough, there’s a very good chance that Barcia will be selected for Team USA for the Motocross of Nations in the MX3 Class. That would put him on the 450 again and in the deep sands of Lommel, Belgium which is deeper, nastier and rougher than Southwick has ever been. Still, Southwick is the best sand proving ground we have, and if Bam-Bam can do what most of us think he’s going to do this weekend, then the berth on Team USA is his to lose (provided that Ryan Villopoto doesn’t make a miraculous return from a knee injury).

But pressure doesn't seem to be something that hurts Barcia. Neither is sand. Expect him to be going for the W at the ‘Wick.