Story and photos by Shan Moore

Heading into August, Monster Energy Athlete Paul Whibley is on track to win a fifth consecutive OMA cross-country title. He is also currently leading the Grand National Cross Country series standings by a narrow margin with just four rounds remaining on the schedule. If Whibley holds on to win the GNCC title, it would make his second such title in the past four years. For sure, the New Zealand off-roader’s time in America has been quite fruitful.

We spoke to the Axe Man after a recent OMA race to get his take on his time in America.

Q: Give us a little background information. What did you do before you came to America?
A: Before I came to America, I did three seasons racing the world enduro championship in Europe. During that period, I raced for Husqvarna and then the Honda team, and we’d gone to the Gas Gas team by the time I left. Before that, I just raced in New Zealand, except for a season racing in Australia. I raced the New Zealand and Australian championships with Husqvarna.

Starting out in New Zealand, I was racing cross-county, enduro, motocross, and even when I was younger I raced in the New Zealand Supercross series as well, which is quite a small circuit. I think the highest I finished in that was sixth. Before I started full time racing I was felling trees, I was a logger, which is how I got my nickname “Axe Man”. When I left school, I guess I was about 18, I was a logger for about five years before I got good enough at my racing to start venturing over seas and making some money. 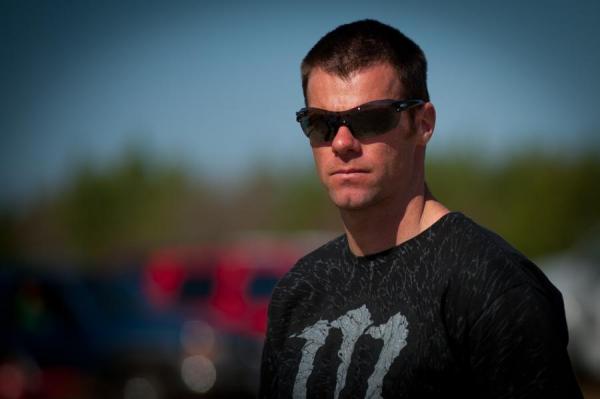 In New Zealand, our enduros are mostly held in pine forests or open farmland. In Europe, there’s a lot of rocky stuff and a lot more technical stuff, and it took me a while to adapt to their terrain and style of racing and get faster at it. But I learned a lot, and it helped my speed because that series is very sprint orientated. They’re very fast over there so you’re always pushing yourself to get faster and faster. It was a good thing for my career going over there, in terms of learning different terrain and increasing my speed. But I always preferred the three-hour format of GNCC or cross-country racing, so my goal always was to come to America.

Q: Of course, you had to adapt again when you came to America.
A: Yes, it was different again. I found GNCC racing kind of tight when I first got here. Racing in New Zealand is quite wide-open, and even the stuff in Europe, they have rocky, technical stuff but it’s not always in the trees, so this over here was much tighter than I was used to. So I did have to learn a lot and it took me a couple of years. It was my second year before I got my first win here, and it was my third year before I was really a contender, I would say. It’s been a learning process; I’ve never been an immensely talented rider where I can turn up and race and do really good. I’ve always got better and better as I learn, even from my younger career, I was never a top junior I always just got slightly better, and better each year.

Q: Do you feel your conditioning and endurance is a big part of your winning?
A: Yes, I think it’s a big part of it, the training I’ve done in the past and currently also is a big part why three-hour racing suits my style. That’s why I do better at the end of the races, once I get warmed up, learn the track a little bit it seems like I get faster and faster; more and more comfortable anyway.

Q: You raced a few national enduros early in the year. Was that to work on your sprint speed?
A: Yes, to get more comfortable going faster on virgin terrain, which will help me early on in a GNCC.

Q: What type of terrain do you prefer?
A: I sort of prefer softer conditions, some of the stuff we find in Indiana or even Georgia when it gets softer down there. Back home in New Zealand we get plenty of rain, so I guess I sort of grown up with soft conditions.

Q: So you don’t mind racing in the mud?
A: No, in New Zealand it rains often, and when I was younger I got plenty of experience racing slippery, muddy, sloppy stuff, and I prefer that over, say, rocky conditions. I guess whatever you grow up with, you get kind of comfortable; you kind of recognize the conditions and accept it. It’s not that I can’t ride rocky and technical stuff, it’s just I’ve never grown up with that and I’m not so familiar or comfortable with it.

Q: You’ve said in the past that most of your training during the week is done on the bike.
A: Yeah, I ride Tuesday, Wednesday, and Thursday. Not all day, I just do motos. Then maybe in the afternoon do something else like some kind of individual sprint training or trail riding. I swim a little on Mondays, which is kind of a recovery thing. When you race every weekend you’ve got to be a little bit careful not to over train, you’ve got to try to keep things a little bit shorter, a little bit sharper. You’ve got to be training smarter, not longer, if you know what I mean. You’ve got to make quality training, not quantity training. That’s something that has taken me a while to learn. I’m sure I’m guilty of over training at times and coming to the races a little bit tired. I’m more of a person who has to hold myself back a little bit; otherwise I’ll get out there and do too much. 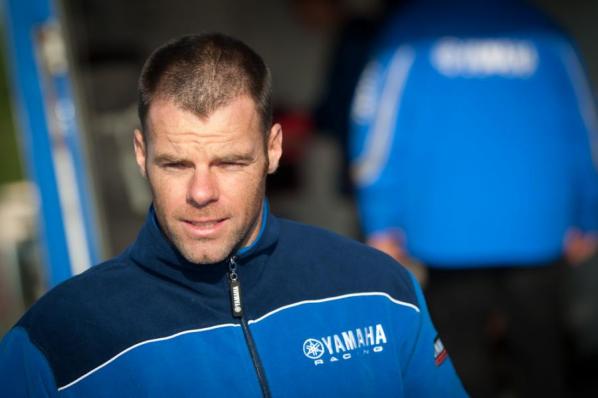 Q: Do you have a trainer?
A: I’ve got a guy back in New Zealand, Justin Hickey. I guess you could say he’s my trainer. I’ve worked with him for about 10 years now. I might go see him for a week when I’m home in New Zealand during the off season and we’ll talk about how the season’s gone and look at my weakness I’ve got or what areas we can improve on. He gives me some fresh ideas for training. Training gets boring after while, and when it’s boring you don’t push yourself so hard. So if we can find something that’s fresh but still hard then that’s better. I tend to gravitate towards hard training. If its hard training, I’ve got in my mind that’s it’s good for you. I like to find hard stuff and push myself. So Justin is just the guy to gives me some good ideas. We work through a few things and he sends me off for the year.

Q: Do you have a lot of fans back home in New Zealand who follow you on a regular basis?
A: Yes, a lot of people follow the results over here and they follow the different websites and they sort of spread it round, like friends email their friends the results. I also do a monthly column for a New Zealand magazine. So I have a fairly good following of people back home, who keep an eye on the results on racing back here.

Q: Have you ever thought of racing the ISDE again?
A: I wouldn’t mind doing Six Days again, if the opportunity arose. But New Zealand’s a small country and we don’t have a big budget or funding for that. We don’t often send a team to Six Days. Right now, I prefer this kind of format here, so I’ll probably finish my career over here in the GNCC series.

Q: How important is it for you to win another GNCC title?

A: That would be awesome. That’s my whole reason for living at the moment. When we went back home at the end of the year for the off-season, we switched off and had a month or so of just chillin’ out. But while I’m over here my whole reason for being is winning races and a championship, so if I could win another championship that would be awesome.