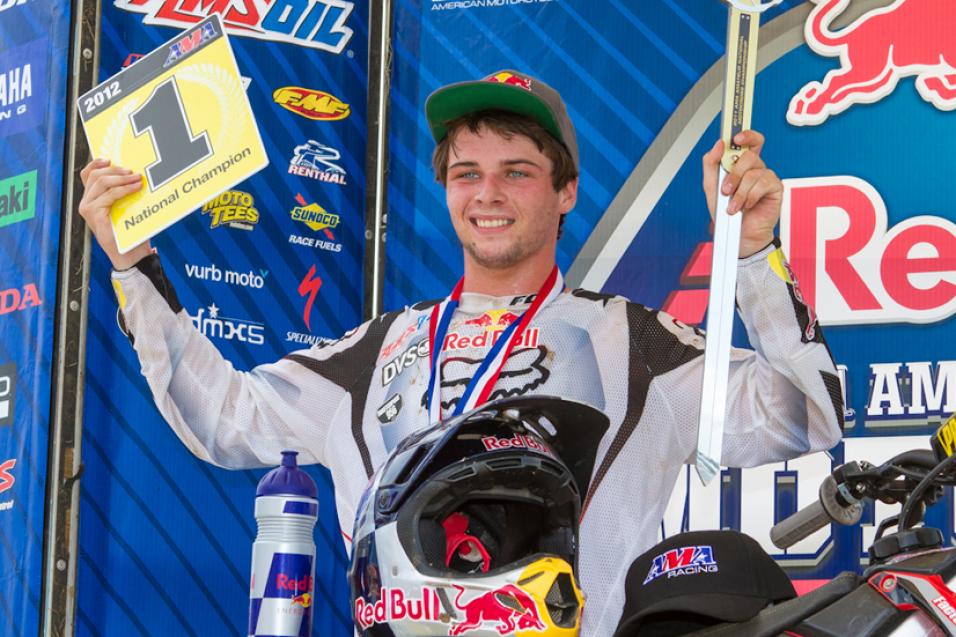 Almost all of the day's race action was noteworthy for one reason or another, but arguably the best racing of the day came from Yamaha's Cooper Webb and Honda's Shane McElrath in the 250 B Stock final. Heading into Moto 3 the two riders were tied with one race-win apiece, and after a hard fought battle to the end, it was North Carolina's Webb who claimed the class championship over a very tenacious McElrath. Both riders have a shot at winning another title tomorrow in the second half of the moto finales.

With a heavy lineup of front-runners in the Junior 25+ Class, the final moto was highly anticipated and spectators from all ends of the ranch lined the fences to watch The-Greatest-of-All-Time Ricky Carmichael grab his tenth Amateur National Championship title. It wasn't without a little bit of pressure by 8-Time Amateur National Champion Robbie Reynard, who clinched the eighth title in the Vet 35+ Class earlier in the day. Reynard caught and passed Carmichael on the opening lap of the 25+ Moto 3, where he led the G.O.A.T for a couple laps before fading back a bit, ultimately finishing eight seconds behind for second. Mike Sleeter put in a notable ride to finish third in the race and fourth overall, just behind Andrew Matusek in third. 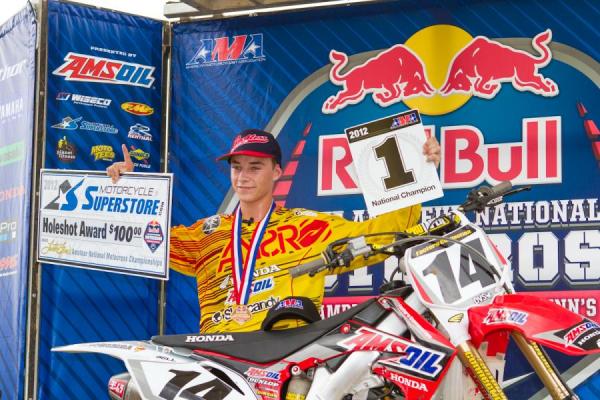 North Carolina's Jordan Smith clinched the Schoolboy 1 (12-16) B/C Class championship with a 2-1-4 score over California's Ryan Surratt. Surratt secured a hard-fought win in Moto 3, which gave him the edge over Georgia's Colton Ford for second overall.

Other notable finishers on day four include Masters 50+ champion Gary Semics, who swept all three motos in the process. Florida's Jazzmyn Canfield also went 1-1-1 to take her second consecutive victory in the Girls (9-11) division, ahead of Jordan Jarvis from Clayton, North Carolina.

Georgia's Zach Bell aced all three motos of the 250 A Class, taking the championship title over California's Dillion Epstein. Bell went on to take third overall in the Open Pro Sport class after winning Moto 3, which also happened to be his final amateur race before hitting the pro ranks next weekend at Southwick.

The final day of racing kicks off Saturday morning at 7:30 a.m. with the 250 C Stock Class. Following the conclusion of Saturday's racing, the top ten finishers in each of the 36 National championship classes will be invited to the Awards Ceremony at 4 p.m. at the Amsoil Arena. 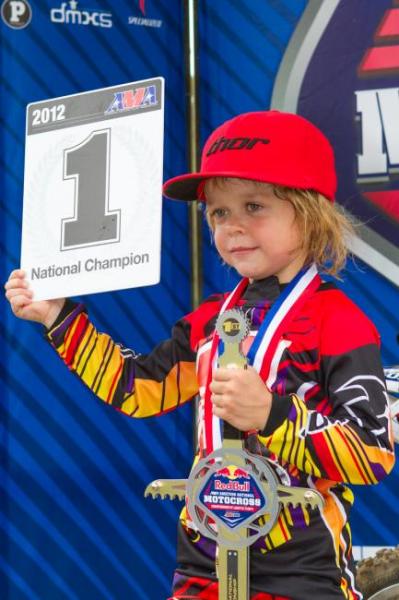