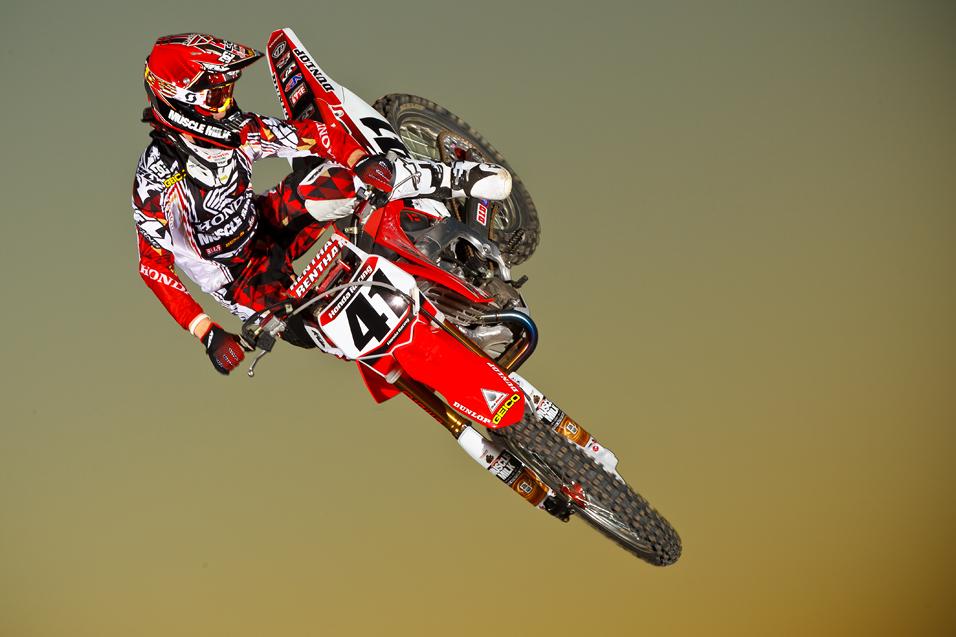 Honda Muscle Milk announced today that they have signed Trey Canard through the 2014 season. Here’s the Rapid ReaXtion from our crew—tell us what you think in the comments section below.

There is nothing worse than watching bad things happen to good people, but that’s happened far too often to Trey Canard. Not only is Trey one of the nicest, humblest, funniest riders in the sport (a rare combination) but he also takes his chosen profession seriously and works as hard as he can. Talent, hard work and humility should equal success—if it doesn’t, we start questioning everything we’re raised to believe.


Well, Trey has come dangerously close to striking out a few times, the closest was this year in Los Angeles, where he very, very nearly saw his career come to an end. I’m just pumped to hear Trey will be able to make a full recovery, first. As far as team stuff goes, when I talked to Trey several months ago it sounded like things seemed shaky at first, but in the end two teams found value in him. Kawasaki made a big effort to get a rider they once backed in the amateur ranks, and obviously Honda didn’t want to let him go. Also, by staying with Honda, Trey gets to keep his mechanic Brent Presnell, who has been by his side well before either was getting paid to do this.


Doesn’t really matter which team Trey went with, though. The point is that good deeds got their reward, and even after nearly two full years of bad luck and injuries, people still want to help (and see) Trey succeed. Don’t we all?


We’ve all known about this for a while and I’d say it’s a good deal for both Honda and Trey. At one point the deal for Trey to go to Kawasaki was very close but in the end, I suspect Honda upped their offer and Trey wanted to stay with his familiar people and bike. As we all know Canard has had more than his fair share of injuries, but when on the bike he’s one of the very best in American racing. This last injury is going to be the toughest to come back from but if anyone can, it’s Canard.


This is one of those signings that for all the speed on the track, it’s what he brings to your brand off the track that probably helped get this deal done. A fan favorite and one of the best walking talking PR machines out there, Canard is a media favorite and I imagine a great guy to deal with for Honda as well. Canard’s return to the series this year in Monster Energy Supercross was just starting to warm up when he suffered his injury. Trey’s going to be 100 percent when Anaheim 2013 comes, as he should be on the bike real soon.


All in all, with Justin Barcia and Canard on Honda for 2013 and beyond, the red riders look strong. Now they just have to find some cash and resources for Justin Brayton and it will be a powerful team in the pits.


Chase Stallo:
When the announcement dropped earlier today that Honda Muscle Milk had inked Trey Canard through the 2014 season—one that was more than expected—it signified that Honda is making a real effort to return to its past championship glory. With two-time East Region Lites Champion Justin Barcia already on the books for 2013 and beyond, Honda is hoping that teaming Barcia with a healthy Canard will bring them their first SX (450) championship since Ricky Carmichael in 2002.

After dominating the sport to the tune of 13 AMA Supercross titles in 15 years, Honda has gone ten years without a Supercross Class championship. Many will point to Canard’s injury issues the past few seasons, but with Chad Reed, James Stewart and Ryan Dungey already off the market, and Ryan Villopoto’s status still in question, Honda got the best available rider on the free market that has a chance to bring home a championship.
Read Now
November 2020 Issue Now Available