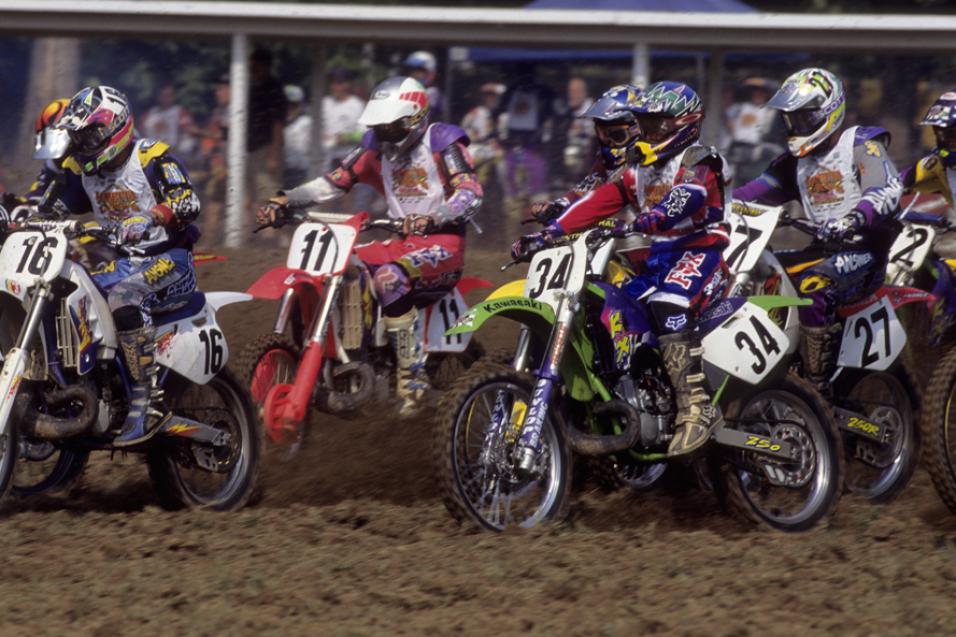 The 31st Annual Red Bull AMA Amateur National Motocross Championship presented by AMSOIL kicked off bright and early this morning, with the world’s fastest amateur riders taking to the track for practice. Each day we will be bringing you “Custom Moments” of the day’s action. There are sure to be many spectacular, emotional, surprising and fun moments throughout the week, and we've got boots on the ground at the Ranch to catch them. But with racing not beginning until tomorrow morning we decided to take a look back at some great riders in history, past and present, to grace the legendary Loretta Lynn Ranch. 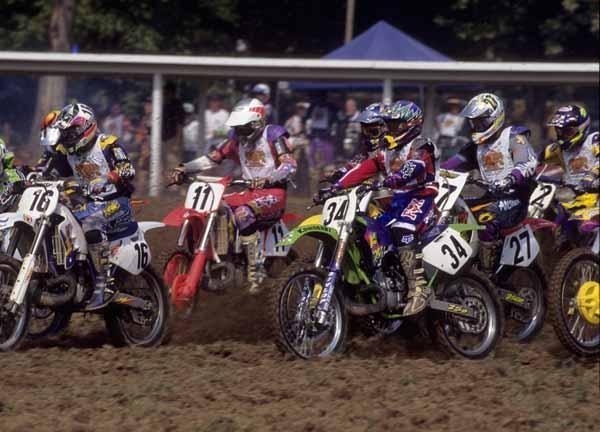 Ricky Carmichael (34) won an incredible nine titles during his time at the Ranch and will be going after another this week, as he returns to Loretta's in the 25 Plus Class hoping to capture his tenth title. Check out how small RC is here as he made the move to big bikes!
Photo by DC 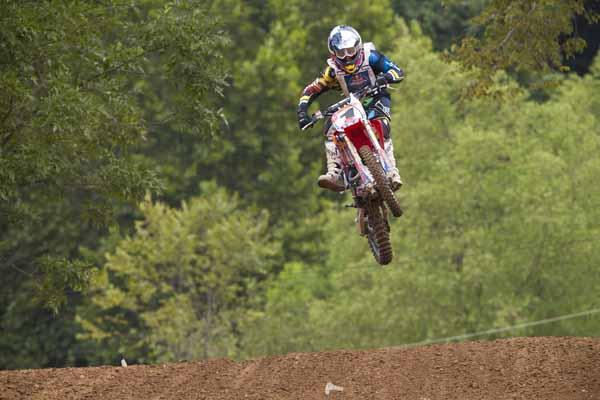 After tearing through the Super Mini Class in 2010 and 2011—racking up one title and two top three finishes—Cooper Webb will make his B Class debut at Loretta’s this week. The highly touted North Carolina native, who signed with Star-Valli Rockstar Yamaha last year, and in what could be his last full year in the amateur ranks, is looking to leave the Ranch with another championship.
Photo by Garth Milan 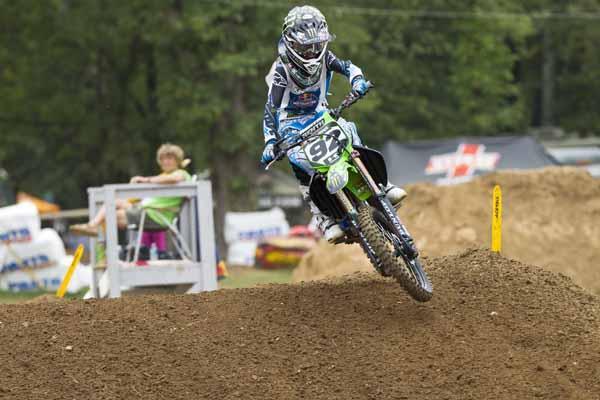 With nine Loretta Lynn titles already to his credit, Adam Cianciarulo is already one of the most highly decorated amateur riders in history. Signed to an unprecedented 5-year deal with Monster Energy/Pro Circuit Kawasaki, Cianciarulo is the unquestionable favorite this week in the Super Mini Classes.
Photo by Garth Milan 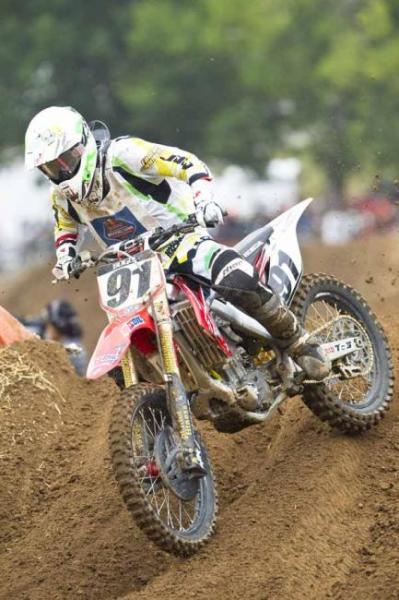 GEICO Honda has raided the amateur ranks the past few seasons—picking up the likes of Trey Canard, Blake Wharton, Justin Barcia, Eli Tomac and 2011 Horizon Award winner Justin Bogle (pictured above). GEICO’s newest recruit is Zach Bell. He is expected to make his pro debut after Loretta’s, has a lot to live up to this week. Bell has struggled with injuries for the majority of 2012, but if healthy, should be in the running for the highly coveted Horizon Award.
Photo by Garth Milan 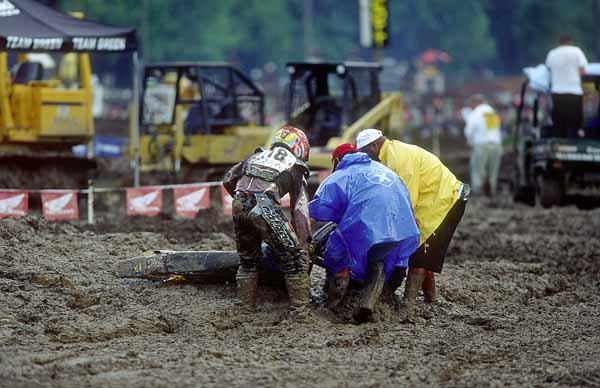 This is not a photo from this year (the No Fear gear gives it away), but it might as well be. You can pretty much count on at least one day of rain and mud throughout five days of racing. Only the best all-around talent gets a championship at Loretta's!
Photo by Simon Cudby 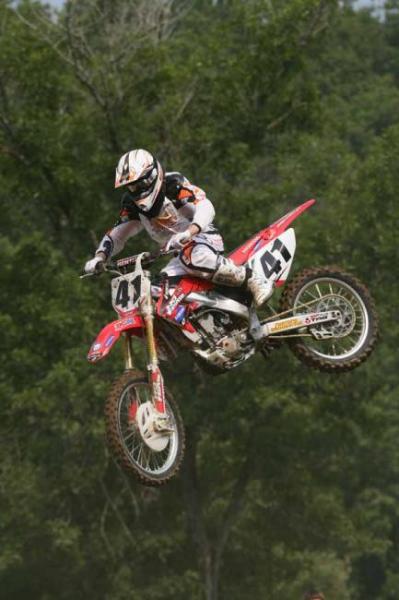 After going winless at Loretta’s from 1996-2005, Trey Canard ripped off four straight titles in his last two years in the amateur ranks. A strong 2006 led him to become the first amateur rider to be scooped up by the Factory Connection/GEICO Honda squad, and he delivered more wins in 2007. Canard has bled red ever since—recently re-signing with Honda Muscle Milk through the 2014 season. It was Factory Connection's early signing of Canard--and the immediate success he had as a pro--that has led so many pro teams to sign so many top amatuers today.
Photo by Simon Cudby 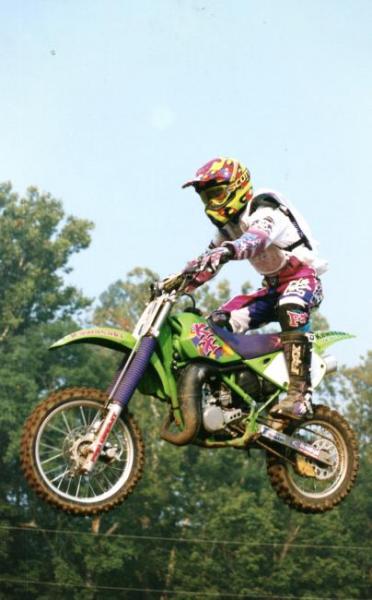 Many seem to forget that Nick Wey was one of the best amateur riders around during the 90s. After capturing eight titles in his career at the Ranch, Wey has gone on to a highly productive career in the professional ranks. Michigan Mafia forever!
Photo by Thom Vetty 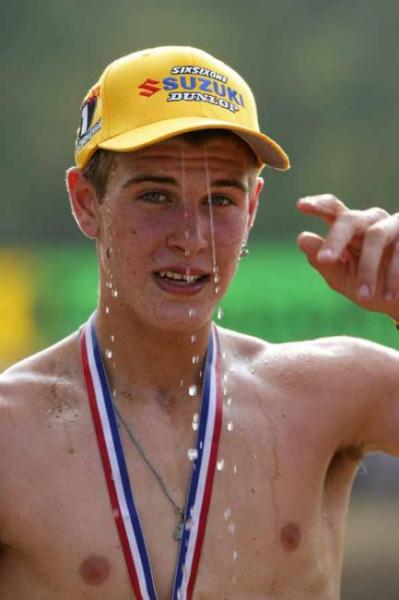 Ryan Dungey wasn’t the most highly touted amateur prospect—his only title at Loretta’s coming in 2005—but Roger DeCoster and Suzuki took a chance on the likeable Minnesota native and it paid off to the tune of four championships for the yellow squad. His breakthrough moment came with that '05 Schoolboy championship on an RM125.
Photo by Simon Cudby 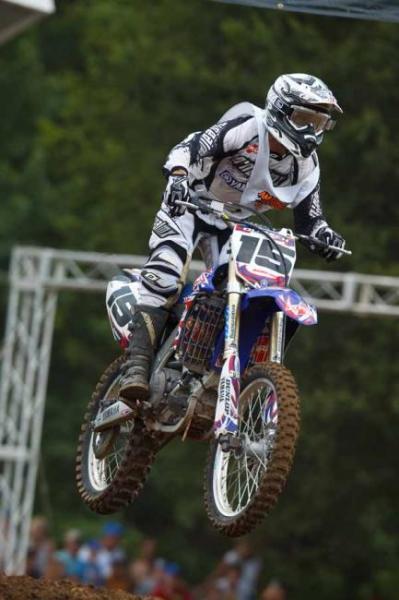 Doug Dubach may have raced more races and turned more laps on a motocross bike than any other human being walking the planet. But he had never turned a wheel at Loretta's until 2006, after his 40th birthday. He figured the place out quickly and has quitely begun racking up one title after another--seven so far, with the potential for more this week. Dr. D also hosts seminars at the Ranch on bike setup, fitness and race strategy. You should listen, because he knows his stuff!
Photo by Simon Cudby 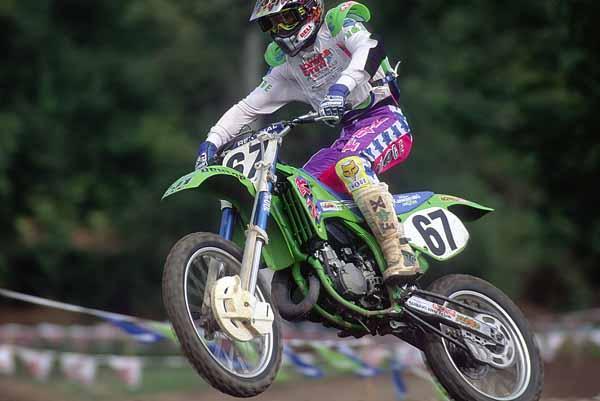 Robbie Reynard was dominant during the late 80s and early 90s at Loretta’s. The Oklahoma native would capture six titles at the Ranch during his amateur career, and signed a lucarative (for the time) pro deal to head straight into the factory Kawasaki rig as soon as he turned pro. Now, Reynard works with Justin Bogle on the pro side, but also still rides himself. This week, he'll take on Carmichael in the 25 Plus Class, still running the #67.
Photo by Fran Kuhn 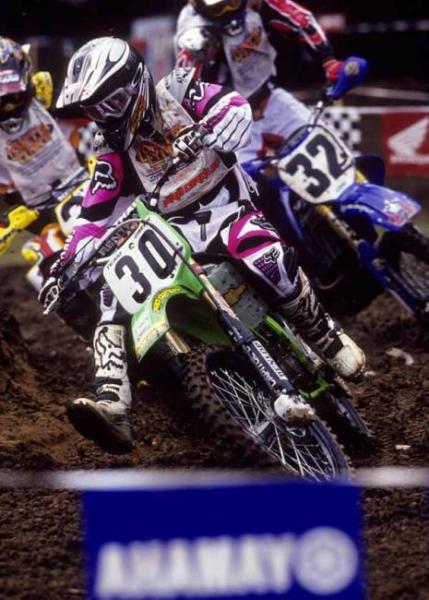 With eleven Loretta Lynn titles to his credit (tied with Mike Alessi for the most titles of any rider who hasn't competed in the Vet/Senior/Masters divisions) James Stewart was one of the most accomplished amateur riders in history. But the numbers, as impressive as they are, don't tell the whole story. Stewart didn't win motos, he didn't dominate them, he obliterated the comp. He blew them away! This week, seasoned bench-racers will probably still be telling stories of how fast Bubba went through certain sections, even though it has been more than a decade since he raced at the Ranch.
Photo by Simon Cudby
Read Now
November 2020 Issue Now Available