When the first 250 moto got under way it was Marvin Musquin who took the early lead and started opening up a gap. Behind him were the usual suspects, Justin Barcia, Eli Tomac and Ken Roczen. Not too far behind them were Wil Hahn and Ryan Sipes. At first, the riders in the lead pack were all separated by a few bike lengths, but several laps into it Baggett bobbled, dropping him back behind Roczen. 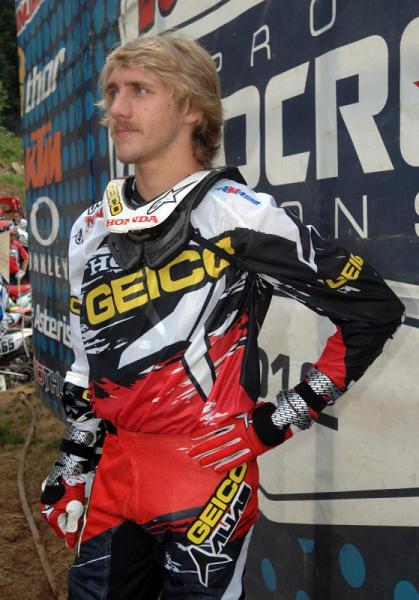 Up front, Musquin was riding very strong and maintaining a very small gap over Barcia and Tomac. Then, on the twelfth lap, Barcia got by and Tomac followed shortly thereafter. Barcia took the win, followed by Tomac, Musquin, Roczen, Hahn and Baggett, who lost a few positions when he went down on lap fourteen. There simply wasn't as much slicing and dicing in this moto as we've grown accustomed to in the 250 Class.

Elsewhere in the race, Star Valli Rockstar Yamaha's Ryan Sipes took eighth in his first 250 National since 2011, and his new teammate, Cole Thompson, had a crash-induced DNF early in the race.