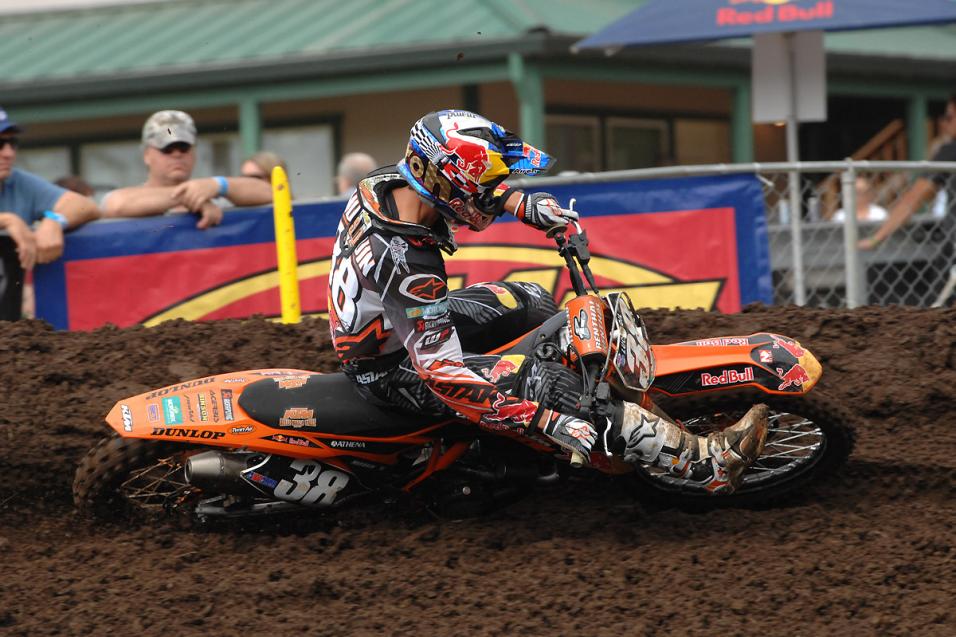 It’s round eight of the 2012 Lucas Oil Pro Motocross Championship here at scenic Washougal Motocross Park. The evergreens shadowing the track are looking pristine, and the track itself is prepared to perfection. The area has received some rain in the last several days, but not enough to make a mess of the track. The track crew has also been mixing sand into the soil in certain sections to help with moisture. Everything is lined up for a great day of racing in the Pacific Northwest.

Red Bull KTM’s Ryan Dungey is looking to continue the roll he’s on and wanting to build on his enormous lead in the 450 Class. He’s got a twelve-moto winning streak on the line, something MotoConcepts' Mike Alessi and Monster Kawasaki’s Jake Weimer would like to break.

In the 250 class, it’s Monster Pro Circuit’s Blake Baggett who has an 18-point lead in the class with GEICO Honda teammates Justin Barcia and Eli Tomac in chase, as well as Red Bull KTM’s Ken Roczen. These four riders have been the dominant quartet this summer and all of them will be going at it today at Washougal. 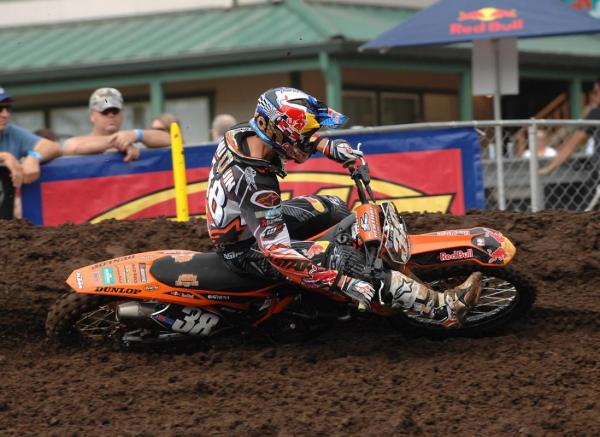 Making their return to racing today in the 250 Class is Rockstar Energy Drink Suzuki’s Martin Davalos and Monster Energy Pro Circuit Kawasaki’s Ivan Tedesco. Dodge Motorsports Hart & Huntington rider Josh Hill will also be racing a 450 today. Another additions to the 250 Class is Cole Thompson, who got picked up for a fill-in ride with Star Valli Rockstar Yamaha. Ryan Sipes will also be on a 250 today, mainly to fulfill sponsor agreements for Star Valli, whose squad of 250 riders has been decimated by injuries.

We may be on the other side of the country from the recent races but the practice times stayed mostly the same. Dungey set the pace with a faster second practice time and most riders had a better time when the track was formed. Dungey was six-tenths faster than Alessi and Honda Muscle Milk’s Tommy Hahn was third. Hahn had fast times in both practices and appears to be on point today. After Hahn came Jeff Ward Racing’s Josh Grant and Chaparral Honda’s Andrew Short. 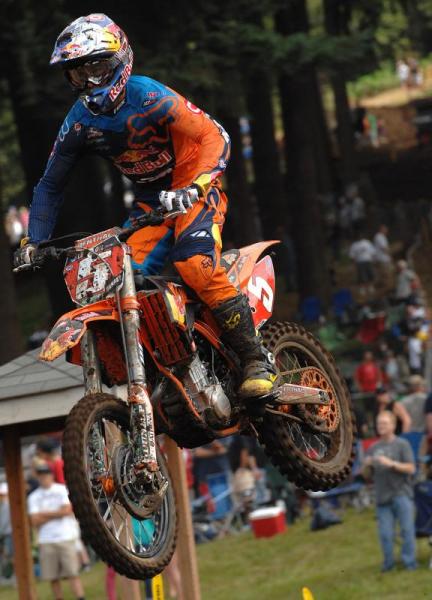 In the 250’s it Red Bull KTM’s Marvin Musquin and Baggett were the only riders in the 2:06’s. After that was Roczen, Barcia and Tomac. So it appears that the big four are, as usual, on it and it will be interesting to see if Musquin can get his first career podium in the 250 class.

For a complete list of practice times, go here.