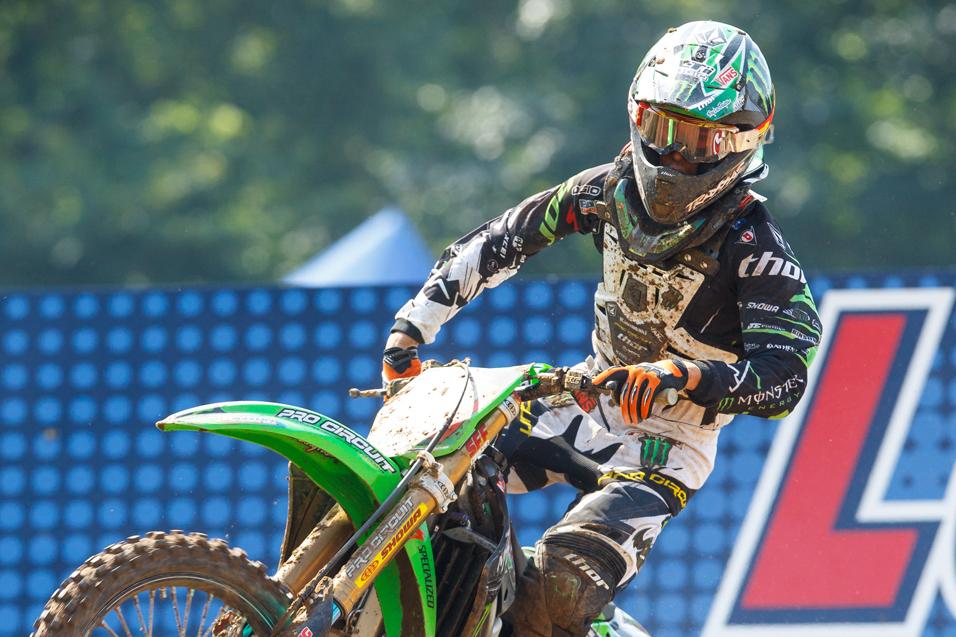 July 17, 2012 4:10pm
by: Jason Weigandt
Spring Creek MX Park Millville, MN Spring Creek (Millville) Lucas Oil AMA Pro Motocross Championship
It’s pretty obvious where this race changed. Monster Energy/Pro Circuit Kawasaki’s Blake Baggett had the lead in the second 250 moto at Millville and looked ready to capture his third-straight overall win. But he crashed heading up to a tabletop jump, and ended up sliding off to the side of the track. GEICO Honda’s Eli Tomac was still pretty close to Baggett, so he took the lead back and set sail for the overall victory. Baggett’s win streak was history.

“ Just made a little error and ended up going down,” explained Baggett. “I was in a bad spot, so I was just trying to get the flagger’s attention so no one would land on me or my bike and stuff. It’s just one of those errors that kind of sneak up on you—it’s not like we’re going to have to go back and make some big changes or something so it won’t happen again.” 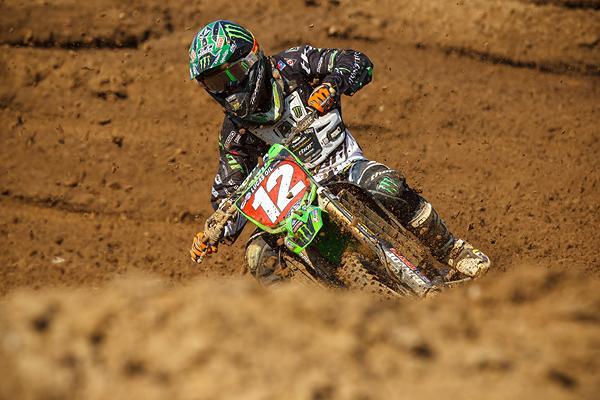 Baggett showed blinding speed but lacked for consistency last year, so the competition has been hoping to get a opening. It looked like this could be it, as Blake’s bike took a beating in the crash, and it took him about a lap to get his helmet visor back up and basically look comfortable again. But once he got back into the groove, he rallied back to finish the moto in fourth, losing hardly any points for the day—and a day where you can survive a crash and leave with the points lead intact is usually a good one. And for his competitors, they'll have to hope for a mistake bigger than this to wrestle away the points lead.