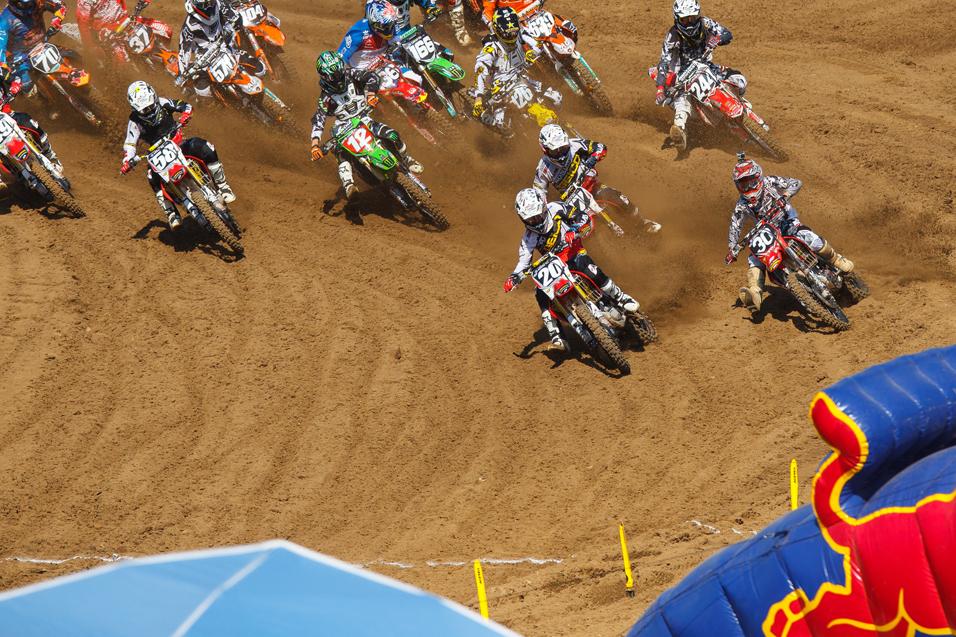 For years Millville, or as some call it, Spring Creek, marked the coming out party for the graduating class from Loretta Lynn’s. Each year, the bright-eyed rookies would embark on the steep sand whoops and the even steeper elevation changes that make Millville a fan favorite. And with such a late spot on the schedule, the riders and fans alike were usually treated to cool temperatures, as Minnesota had already begun to break away from the over 100 degree temps by mid-August. Although it no longer plays host to the inaugural race for the next crop of amateur sensations, Millville will always hold a special place in the hearts of most of the competitors in Lucas Oil Pro Motocross.

For points leaders Ryan Dugney, though, Millville means a lot more. It's not only the site of his pro debut, it's home. He grew up racing Millville with his brothers and made his professional debut there in 2006 as a relative unknown—after having mild success in the amateur ranks. What a difference a few years makes. Dungey is now a four-time SX/MX Champion and well on his way to his fifth title after another dismantling of the field at his home track, his tenth straight moto win and fifth consecutive overall.

MotoConcepts’ Mike Alessi gave it everything he had, but was no match for Dungey on his home turf. Alessi would settle for second with Monster Energy Kawasaki’s Jake Weimer rounding out the podium.

The unpredictability of the 250 Class that reigned supreme during the first half of the season is rapidly moving its way toward predictability. Blake Baggett, although he would fall short of the overall, seems to have found another gear, leaving the GEICO Honda duo of Justin Barcia and Eli Tomac, along with Red Bull KTM’s Ken Roczen searching for answers. But Tomac was able to find those answers... for at least one race anyways. Ride aggressive and hope that Baggett falls, because we know even bad starts don’t hurt his chances at an overall.

We will dig deeper into Baggett’s amazing charge in the first moto later in the article. For now, let’s take a look at the lap charts to see how it all broke down.

What else is there to say about Ryan Dungey and his 2012 Lucas Oil Pro Motocross Championship season? He’s methodically tearing apart a world class field by over forty seconds a race and is slowly building upon an already Hall of Fame worthy career. But let’s give some credit to Mike Alessi for trying to keep Dungey honest on his own turf. Alessi used every inch of the track trying to slow down Dungey, and was the only other rider in the 450 Class besides Dungey to dip into the 2:08 range. Dungey's true skill is consistency—while Alessi's fastest laps in both motos where within about a second, or closer, of Dungey, his average lap time was about three seconds off. For one lap, Alessi can hang it out and nearly match the Dunge. But RD5 can robotically log those fast laps lap after lap.

It has been a terrible season for JGR/Toyota Yamaha's Kyle Regal, but with some good starts at Millville, he showed some strong early speed, with the fifth best lap of moto one and the third best of moto two. Regal seems to have trouble hanging on for long, though, especially in the first moto when he literally went flying off the bike on one of Millville's big uphill jumps. 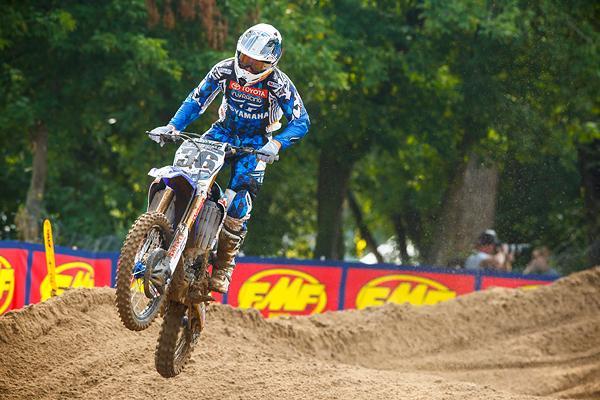 It was another tough day for Regal at Millville, but he can take solace in knowing that he set the fifth and third fastest laps in moto one and two.
Simon Cudby photo

In the span of two seasons, Blake Baggett has quickly built a reputation for finding another gear late in the motos. A lot of this can, and should, be accredited to world-renowned trainer Aldon Baker. Lately, though, Baggett has shown not only the fitness but pure speed down the stretch. In the first moto at Millville Baggett dropped the hammer on lap 13 to drive his way past Lites East and West Champions Justin Barcia and Eli Tomac, not to mention MX2 Champion Ken Roczen—something Davey Coombs eloquently elaborated on in 250 Words.

Let’s look a little deeper into Baggett’s remarkable first moto. After rounding the first lap in eighth, there were two key stretches that helped Baggett catapult into the lead. At the end of the third lap Baggett was still stuck in eighth, but dropped down a 2:08.182 on lap five to work his way into fourth, right on the heels of Barcia, Tomac and Roczen. The next stretch came during laps 10-13 when Baggett sliced his way into the lead. We'll let the lap times speak for themselves on this one.


As you can see Baggett used a 2:09 to put the pressure on the leaders, and once taking the lead dropped an astonishing 2:08 on lap 14 to put over a six second lead on Barcia at motos end. The first moto was a true work of art from Baggett, and one that will forever live in Millville lore. 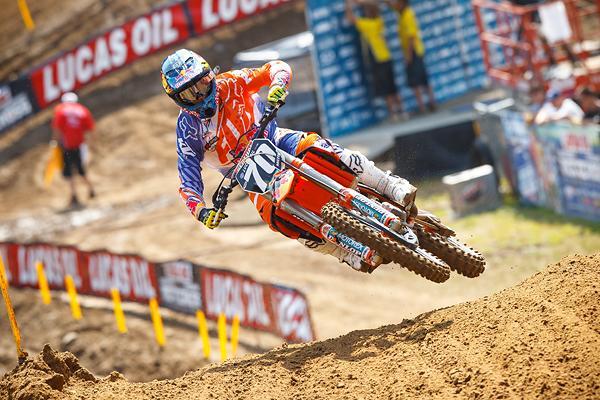 Roczen was the fastest qualifier in practice but could only manage fourth fastest in both motos.
Simon Cudby photo