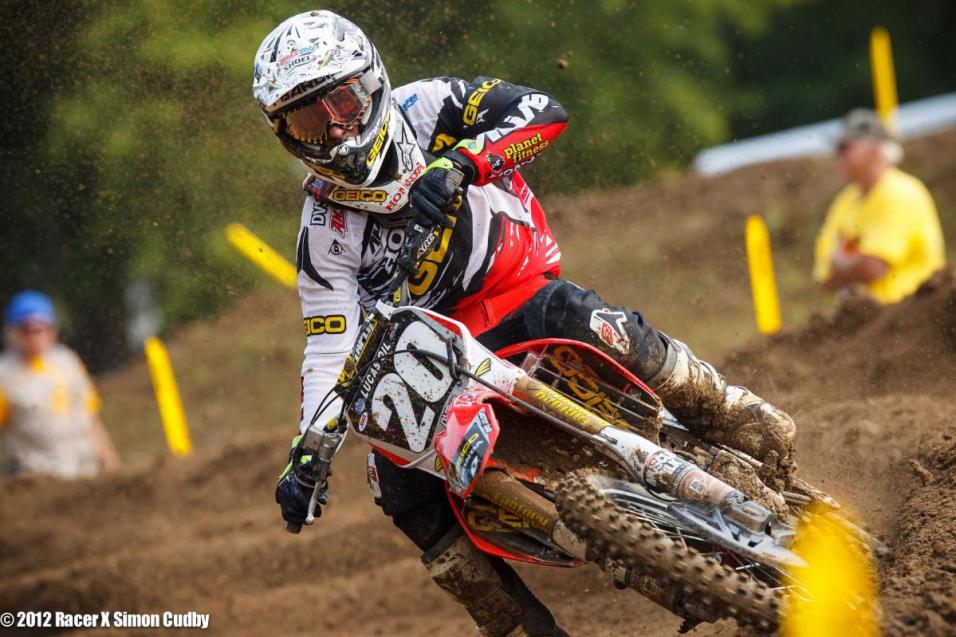 Just a few short weeks ago, everyone was singing the praises of how much parity there was in the 250 Class. Well, Blake Baggett is slowly starting to put a cap on that leak, as he has reeled off four straight moto wins—all in come-from-behind fashion—and continues to demoralize the rest of the field with his late moto charges. And Millville may have proven to be the most spectacular ride of the season from the California kid.

Early on it looked like the other half of the “Fab Four” would get the best of Baggett at round seven of the championship. Justin Barcia was out front early, but was receiving heavy pressure from Ken Roczen and GEICO Honda teammate Eli Tomac. While the battle for the lead raged on, Baggett was piecing together another one of his typical late race charges.

At the mid-way point Baggett had worked his way through the pack and was on the heels of the leaders. With the all four members of the “Fab Four” separated by less than a second, the win was there for the taking. And take it Blake Baggett did. After slicing past Roczen and Tomac, Baggett would drop the hammer on Barcia and pull off an amazing pass for the lead. There was no touching Baggett after that as he ran away with the moto one win. Barcia was able to hold off Tomac for second with Roczen and Wil Hahn rounding out the top five.

-          Justin Bogle was back in action for the first time since undergoing knee surgery after the season opener at Hangtown. Bogle ran up front early before fading back to tenth at motos end.

-          After getting buried off the start MotoConcepts’ Jake Canada put together a hard charge to finish inside the top ten.

-          Troubles continued for Phil Nicoletti as he had to pull off with a reported mechanical problem.