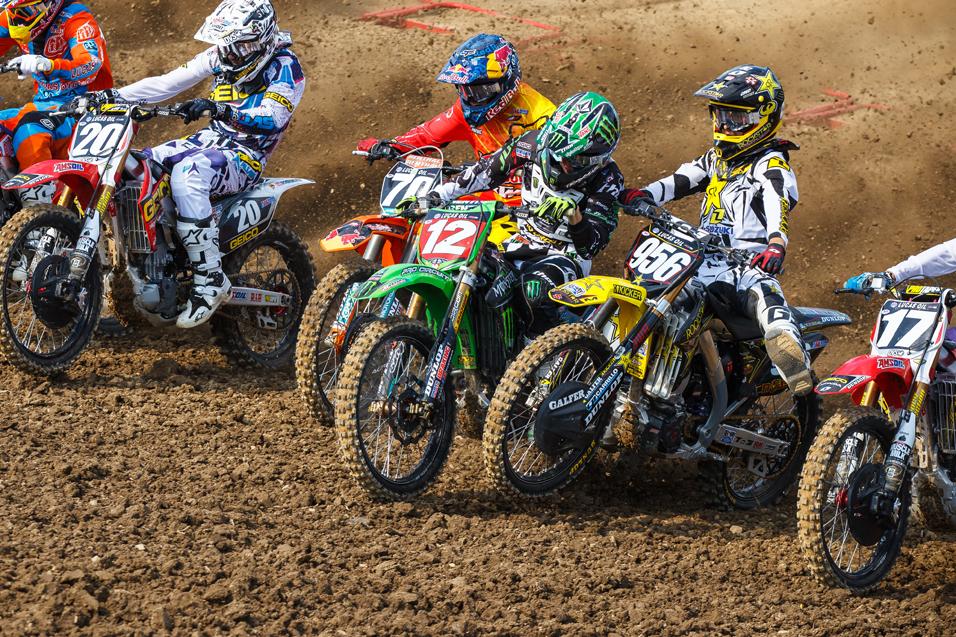 To say that the Monster Energy Pro Circuit Kawasaki and GEICO Powersports Honda squads are good would be a huge understatement. In fact, no other team has won an overall in the 250 Class of the Lucas Oil Pro Motocross Championship since Ryan Dungey went 1-5 on a Suzuki for the overall at Washougal in 2009. Red Bull KTM, however has been making a solid push to break the red and green stranglehold that has been gripping the series for so long. They have yet to take an overall or win a moto, but they’ve been close several times with Ken Roczen, and while wins and points are definitely the two most important stats, it’s always interesting and informative to see how racers stack up against one another in other categories. Let’s take a look at the stats from the top four in points through the first five rounds of Lucas Oil Motocross. For perspective, we’ve also included 2011 National Champion Dean Wilson’s stats for the same time period last year.

If you took a look these stats without looking at the point standings, you’d probably have a hard time figuring out who was in the lead. With the series nearly half over, you’d expect the points leader to have a definitive edge in the stats department, but a look at the numbers reveals just how competitive the 250 Class truly is. Baggett, who currently has a 13-point lead, is tied with Tomac for the fewest laps led out of the top four. Interestingly enough, Roczen, who has yet to win a moto, has led nearly twice as many laps as Baggett and Tomac. Barcia, who has won fewer overalls than both Baggett and Tomac, has led the most! And how about the fact that neither Baggett nor Tomac have holeshot a single moto so far? If the first five rounds are any indication we could be in for quite a summer in the 250 Class.