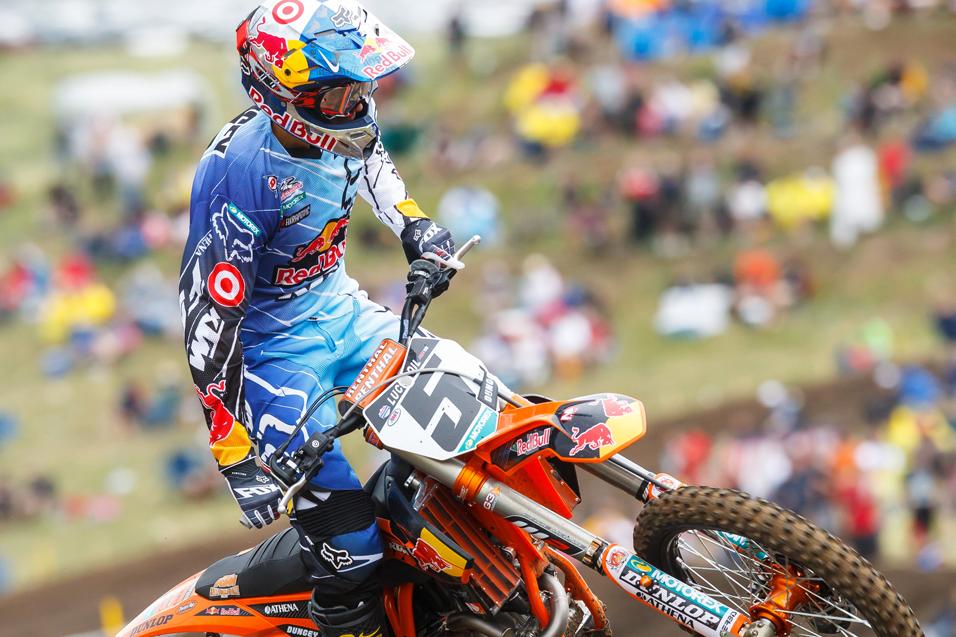 Momentum: Force or speed of movement; impetus, as of a physical object or course of events.

When round three of the Lucas Oil Pro Motocross Championship began under the somber skies of Thunder Valley, in Lakewood, Colorado, James Stewart had just reeled off four straight moto wins and was in control of the series. Meanwhile, Ryan Dungey, who had pressured Stewart unmercifully at Freestone, was trying to regain momentum.

Then this happened. A photographer crossed just seconds before Stewart came barreling down the track. Moments later, Stewart was on the ground, clutching to an injured wrist. Dungey would cruise to the moto victory, and later the overall, taking the upper hand.

Now we play the waiting game. Stewart tweeted earlier that everything looks fine, as of now, with his wrist but must undergo further tests. If Stewart is able to ride at High Point this weekend, the showdown continues. But he's already down and bunch of points. And if he can't come back, we all saw what Dungey did to the field once Stewart exited.

The 250 class continued to provide fireworks of its own at Thunder Valley. Justin Barcia made a last second pass on Ken Roczen in moto two to claim his first overall since 2009. Meanwhile, Blake Baggett continues to be superhuman down the stretch, and the aforementioned Roczen picked up his third straight third place finish to begin his Lucas Oil Pro Motocross Championship career.

Although Stewart would exit round three early, he was still able to set the fastest time of the day with a 2:06.779 early in the first moto. And if lap times are an indicator, which they typically are, we looked to be in for yet another duel between Stewart and Dungey, as Dungey was setting a pace pretty close to Stewart’s. But the way Stewart blitzed the field on those early laps, he might have just been gone for good in that moto.

Home town hero Andrew Short once again proved to be a stalwart in the thin, glorified air of Colorado. Short ran the fourth fastest lap time in the first moto and backed it up with the third fastest in moto two en route to his first overall podium of the year. 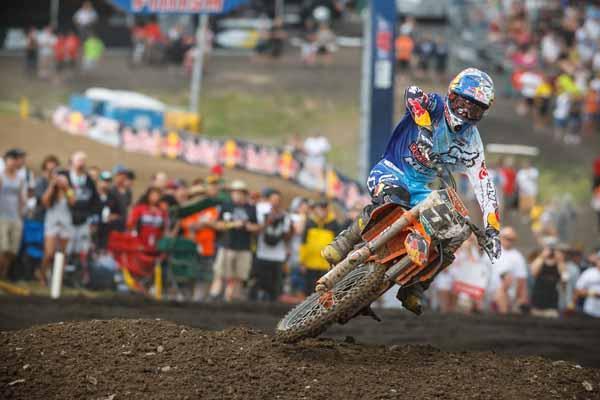 A very rare abnormality took place in the first 250 moto. After Mother Nature let loose a barrage of high winds and rain, delaying the start of the first moto, the track was unexpectedly better according to some riders. Yet, every 250 rider, excluding Marvin Musquin, set their fastest lap in the 12-16 range. But in the end it was still Blake Baggett leading the charge down the stretch as he laid down his fastest time on lap 15.

Malcolm Stewart was finally able to break out of his early season slump at Thunder Valley. Two top ten moto finishes, his first two of the season, lead to a sixth overall finish for the younger Stewart. Inconsistency has beleaguered Malcolm in the past, but Thunder Valley may prove to be a turning point. Only time will tell. 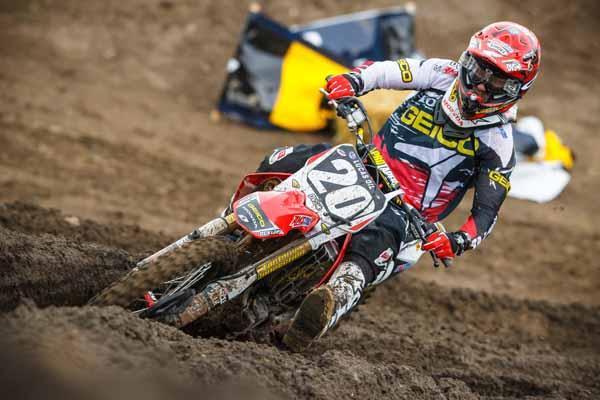 Barcia didn't set the fastest lap in either moto, but won the overall.
Simon Cudby photo

Honda's Ashley Fiolek and Rockstar Suzuki's Jessica Patterson have had seemingly thousands of great duels in the past, but their first-moto showdown in Colorado might have been their best ever. They were never more than a few feet apart the entire way, with JP$ just edging out a win.

Due to the live TV schedule, the WMXers raced at the very end and the very begining of the day. All four 450 and 250 motos took place between their races, and the crazy weather touched down, too, so things were much different for moto two. Patterson and Fiolek both had their problems but Patterson managed to win anyway over Lucas Oil Troy Lee Honda's Tarah Gieger -- although Gieger did provide an upset in the lap charts, setting the fastest time in moto two. Rain or shine, morning or night, Patterson figures out a way to bring it every week.