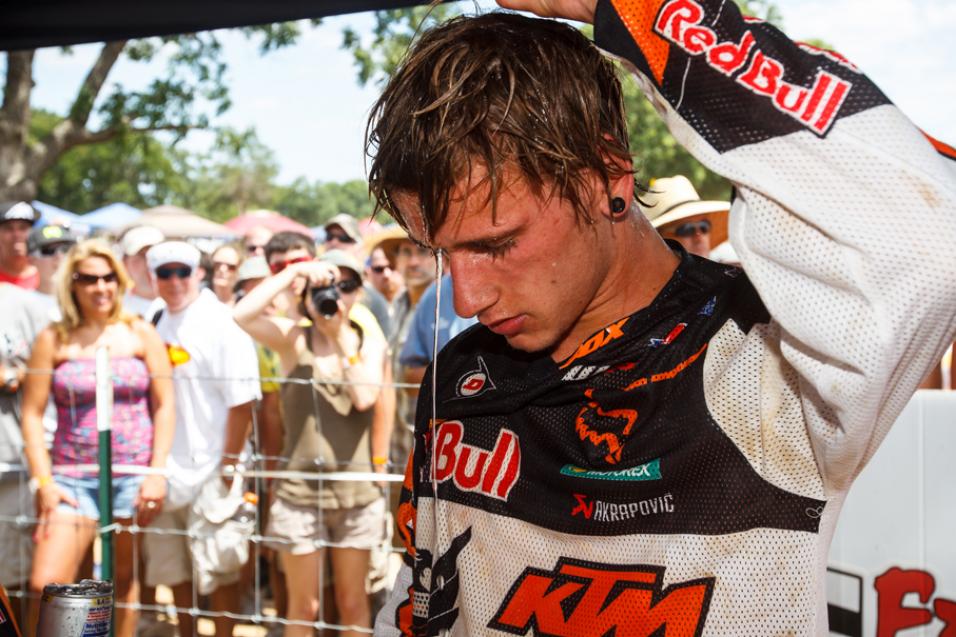 Is Ken Roczen underperforming? Is the reigning FIM MX2 World Champion not reaching his expectations? No and yes. No, he's not underperforming; he's just in a much more competitive world than he probably realized when he punched his ticket for America last fall. The race pace is simply different—faster, more intense, more immediate—and that's not something he saw in the Grand Prix races that go along at a much slower clip. That's not a slight to the rest of the gang in Europe, as much as it is a result of the differences in scheduling: long practices, warm-up races, and another long practice and then two long motos set the tone over there.

Here in the states on the other hand, it's quick practices packed into a one-day format, and then when the gate drops it's immediate chaos. Roczen has been towards the front of each of the four motos so far in this Lucas Oil Pro Motocross Championship; he just hasn't put it all together to get a win. Trust me, he will, and very soon.

Eli Tomac and Blake Baggett, on the other hand, have a lot more experience on the tracks and with the system. Tomac, the incredible polished and polite GEICO Honda rider, went into the Freestone National knowing it owed him one after his meltdown there two years ago as points leader. He was simply dominant, and asserted himself again as a complete rider. Take out his first-turn crash in the second moto at Hangtown and he would be closer to the lead in points. 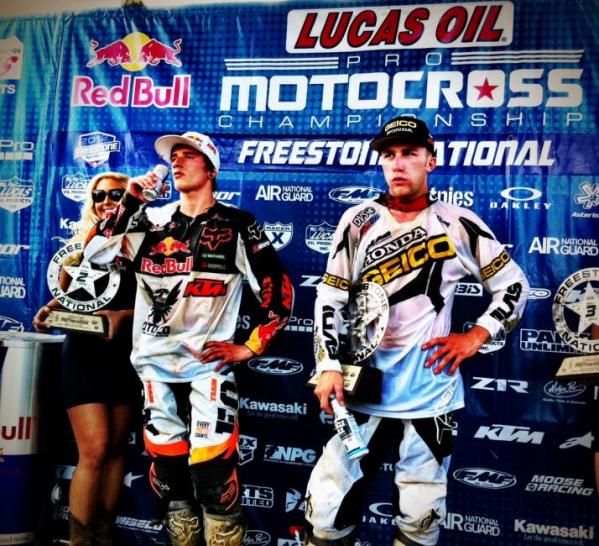 As for the Monster Energy Pro Circuit Kawasaki rider Baggett, he was pretty wild out there yet never really out of control. His leaps into the 12-Pack had the Internet ablaze, yet he lacked the closing speed he needed to get a hook in the extremely strong Tomac.

Add the crash-slowed Justin Barcia and the still-healing Marvin Musquin, plus some impressive motos by Rockstar Energy's Blake Wharton and Jason Anderson, and Roczen has much more to deal with than he probably anticipated.

And then there's this: the motos are slightly shorter in America, and the pace is much faster. Ken has yet to be the fastest man on the track at the end of any of the four motos so far—when he surely knows the track and it's all down to strength and speed. When he gets that up to where Tomac and Baggett are, that's when the newcomer has a shot at actually winning here.