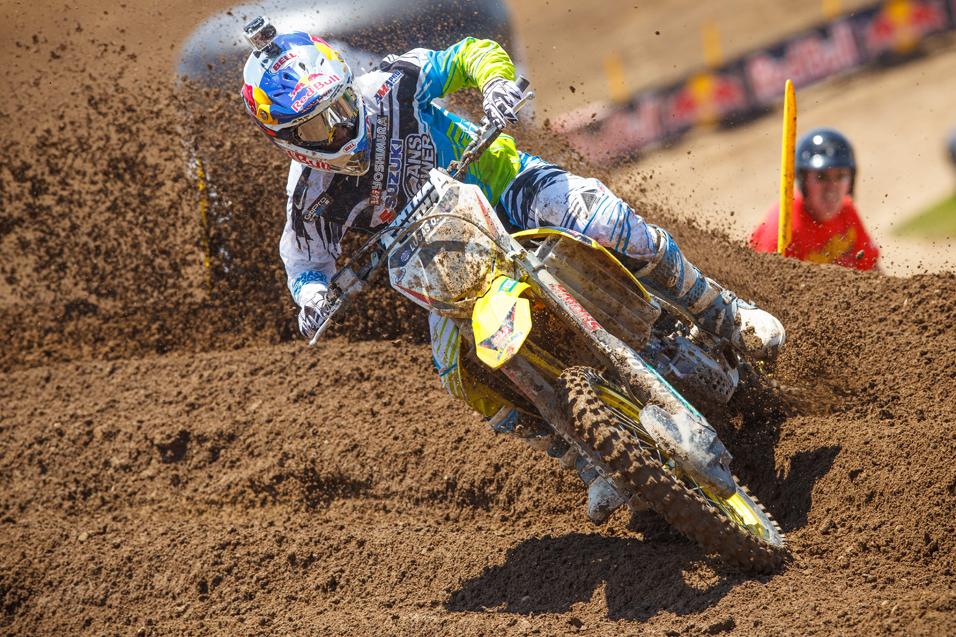 Advertisement | Advertise with Us
Hangtown Motocross Classic Rancho Cordova, CA Hangtown Motocross Classic Lucas Oil AMA Pro Motocross Championship
When James Stewart last left the nationals in 2008, he was 24-0 in his moto scores. He dominated back then on his factory Kawasaki, and then he took a gig with Yamaha and went on a three-year motocross hiatus, with the exception of one big misadventure at Unadilla two summers ago. Now he's back.

A lot has changed since James took his leave from the outdoors. Unlike the nonsense written by non-attendees that these AMA Motocross tracks are somehow smoothed out by “Ayers and Son Paving Company,” Stewart found a rough, downright exhausting Hangtown circuit on which the only places to rest were up in the air. He found a huge crowd that was appreciative of his return, letting bygones be bygones and welcoming back a superstar in transition. And he also found himself on a seemingly underdog Suzuki team, even though their RMZ-450 has seen recent outdoor titles by Ricky Carmichael, Chad Reed and Ryan Dungey. 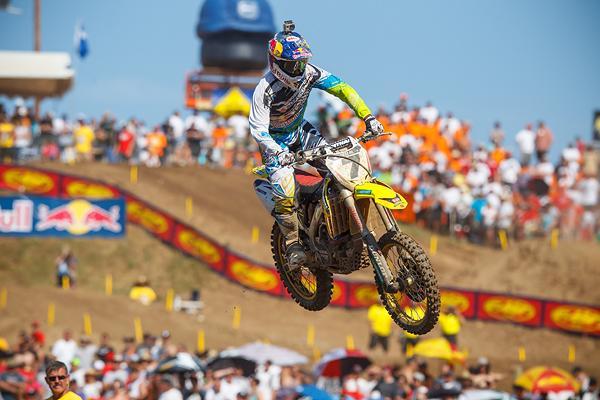 "It was nothing like I remembered from four years ago. It was a lot loamier and a lot more rough.” - James Stewart on his return to Hangtown.
Simon Cudby photo

Stewart did not disappoint. He rode a superb race, taking both motos. He did get some pursuit from Red Bull KTM’s Dungey (and it might have been a much different race had defending champ Ryan Villopoto been racing as compared to watching; same goes for Chad Reed and Trey Canard).

James' win was no surprise, but to me and many watching, it's what happened afterwards that was something of a surprise: He started his podium speech by thanking the guys at Yamaha. He told infield announcer Rob Buydos that he had three great years over there, and they were all great guys, but it just didn't work out, and he was sorry about that. Then he talked about his Yoshimura Suzuki. It was a classy move by an athlete who's earned a lot of criticism this year for his actions and inactions. 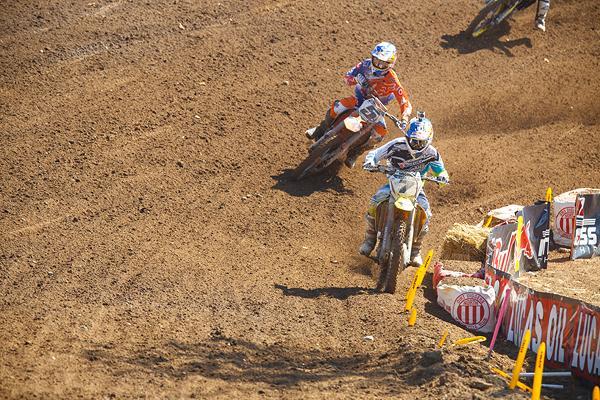 Dungey pressured Stewart in moto 2, but would fall short in the end.
Simon Cudby photo

Stewart closed by talking about how rough the track was in the press conference, saying, "It was nothing like I remembered from four years ago. It was a lot loamier and a lot more rough,” and said he loved being back at the Nationals. And the fans love having him back. Will he go 24-0 again? Not if Ryan Dungey has a say in it—if not for some poor blue-flag moments out there, Ryan and James might have battled to the finish line.

So Bubba's back—and he seems like the old Bubba: smiling, funny, happy and fast. If he stays that way, the next few summers could get even bigger and better for us fans.